Holograph [handwritten by Kipling] version written above the title of “The Eve of St. Agnes”, by John Keats, in a copy of Longer English Poems, ed. J.W.Hales (London 1878), which was used by Kipling as a schoolbook. The half-title page is inscribed “Kipling 21.8.80”. (Andrew Rutherford).

Kipling describes the discomforts of the first day of term back at United Services College, Westward Ho! after holidays at home. cf. his poem “Index Malorum”.

[Line 1] ay bitter cold it was an echo of the first line of Keats’ poem “The Eve of St Agnes”: “Ah, bitter chill it was!” That poem was also the subject of a later Kipling story, “Wireless” collected in Traffics and Discoveries (1904). 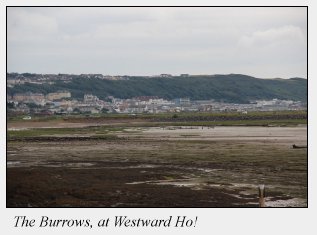 [Line 4] Goosey Goosey Pool, in the vicinity of Westward Ho! cf. L.C.Dunsterville [the original of “Stalky”] KJ 22 (June 1932) p. 49: ‘There was a famous pond on the Burrows called Goosey Pool, famous only to us and probably no more than a dirty pool to the casual observer.’ Goosey Pool is also mentioned in “Index Malorum.”

[Line 6] Stale bread, bad butter in Something of Myself (p. 23) Kipling comments ‘our food would now raise a mutiny in Dartmoor’ – Dartmoor being one of the harshest prisons in England.

[Line 7] frousty fold Jan Montefiore notes that this may be a spelling error for ‘frosty’. The poem is a pastiche of Keats, and this is a fairly close imitation of line 4 of “The Eve of St Agnes”: ‘And silent was the flock in woolly fold.’; see also lines 1 and 2. [J.M.]