The poet describes how he fills in an afternoon when he is free to escape from the school and wander at least as far as the nearest village. He seems to have nothing worthwhile to do with his time, away on his own. He talks of seeking Some method of diversion (Verse 1) and of beguiling/ the time from two to six (Verse 2). He criticises the appearance and speech of the only person he speaks to (Verses 4-5). He chases and throws stones at ponies and sheep (Verse 2) and destroys a fellow-Colleger’s hut for fun. (Verse 5). 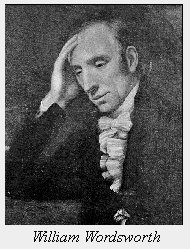 “The Excursion” is the title of William Wordsworth’s very long blank verse poem, now little read but much admired by Victorians, in which a solitary disillusioned man is brought into society and learns to love Nature. The young Kipling’s horrid little boy does exactly the opposite. His snobbish contempt for the fisher girl may also parody another Wordsworth poem
“The Solitary Reaper”, where the poet is enchanted by a Highland girl singing as she works in a field. [J.M.]

The poem expresses the satirical spirit of many of the pieces at the expense of his school-fellows which Kipling wrote for the Chronicle, as he later recalled:

The paper came out at odd times and seasons, but every time it came out there was sure to be trouble, because the Editor was learning for the first time how sweet and good and profitable it is—and how nice it looks on the page—to make fun of people in actual print.

For instance, there was friction among the study-fags once, and the Editor wrote a descriptive account of the Lower School,—the classes whence the fags were drawn,—their manners and customs, their ways of cooking half-plucked sparrows and imperfectly cleaned blackbirds at the gas jets on a rusty nib, and their fights over sloe-jam made in a gallipot. It was an absolutely truthful article, but the Lower School knew nothing about truth, and would not even consider it as literature. [“An English School” – Land and Sea Tales p. 271] 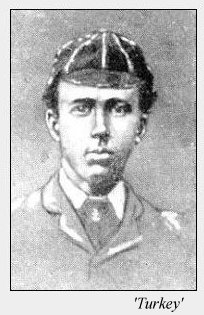 A college cap outside the College the boys had to wear caps. Each House had a different colour.
cf. “Stalky” in Land and Sea Tales p. 137:

“Of all the infernal, idiotic, lower-second asses!” said Corkran. “They haven’t even taken off their house-caps.” These dainty confections of primary colours were not issued, as some believe, to encourage House-pride or esprit de corps, but for purposes of identification from afar, should the wearer break bounds or laws. That is why, in time of war, anyone but an idiot wore his inside out.

Lower-Third Form junior in the school. New boys started in the Lower-Second.

cut got away quickly.