This poem was published in The Week’s News (Allahabad), on10 March 1888.
It was unsigned, but is authenticated by inclusion in Kipling’s Scrapbook 4 of his own press cuttings in the Kipling Papers at the University of Sussex Special Collections. 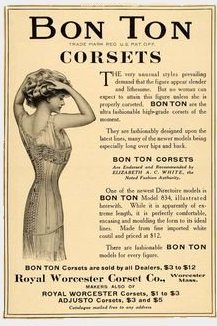 The poet was dancing with a lady who had an exquisite figure—Milosian—like the famous Greek statue of the Venus de Milo. She told him that she disdained face-powder, rouge or hair tinting.

But in the middle of the dance there was a sound like a gasp and and a sigh and his partner grew lean, her figure disappeared, and she fled. He has seen the advertisements, and is forced to conclude that her lovely shape was artificially inflated.

One wonders whether the poem was based on an actual occurrence known to Kipling and to his readers.