The poem (ORG No. 1164) was published in the Evening Star of Washington DC, on September 6th 1929, and in various other newspapers in the USA and Britain in September and October.

The circumference of the Earth at the Equator is almost exactly 24,000 miles. Any point on the Equator is carried through this distance by the rotation of the Earth in one day of 24 hours, so its speed is 1000 miles an hour. The airman exactly matches this speed.

Some twenty-five years before, in “With the Night Mail”, Kipling had predicted that in a few years ‘we shall hold the Sun level in his full stride.’ But that was in gas-filled airships: the story refers dismissively to ‘the years when men still flew tin kites over oil engines!’

This poem is dated 1929. This was a time when the science of aerodynamics and the technology of aircraft construction were advancing rapidly, enabling aeroplanes to fly at greater and greater speeds. But Kipling was still ahead of his time: on 12 September that year Augustus Orlebar raised the air speed record to 358 mph (575 km/h) in a Supermarine S.6 seaplane. 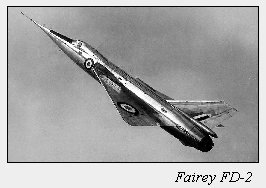 bridle and girth Harness for horses. For thousands of years horses were mankind’s fastest means of transport

the Flame and the Fountain,/The Spark and the Wheel Machinery.

…the Wind in her blowing,/The bird on the wind The wind and the birds still flew faster than us.

We can fly faster than gales and gulls. Only the Sun still goes round the world faster.

Light steals to uncurtain/ The dim-shaping skies Dawn is coming

We lift to the onset… Our plane takes off.

Apollo the God of the Sun for the Greeks and Romans.

Hesper hath paled not Venus, the Morning Star, ought to fade and become invisible in the light of the rising sun. (In Greek mythology Hesperus was actually the Evening Star).

The Coursers of Day the horses which pull Apollo’s chariot.