This poem was first published in Puck of Pook’s Hill in 1906, in association with the story “Weland’s Sword” .and reprinted in numerous subsequent editions of that collection.

The poem was also later included in Songs from Books and DV. In both a head date of AD 1200 is added.

[Verse 2, line 2] Aeneas hero of Virgil’s Aeneid, leader of a group of fugitives after the fall of Troy, who becomes the ultimate founder of Rome.

[Verse 2, line 4] Brut In Geoffrey of Monmouth’s twelfth-century History of the Kings of Britain
(I, chs. iii-xvi) the founder of Britain is Brutus, a great-grandson of Aeneas outlawed after accidentally killing his father.

‘I will send you Geoffrey of Monmouth where is a lot of names-might prove useful-rum names, Sir, as ever was. He’s a author as has been down in the market but is looking up now, and though his style is pomptious, being wrote in Latin he didn’t understand, scholars is beginning to depend on him a good deal, as having got his stories out of old books, and not making them up himself as was for a long time supposed.

In the same humble volume is the writings of a cross old cove as ever lived, named Gildas, who didn’t approve of the way people went on. Nennius, Sir, in the same volume is very skimpy but said to be all right as far as he goes.’ (Quoted in Carrington (1955 1st edition), pp. 376-77.)

[Verse 2, line 5] New Troy Town According to Geoffrey of Monmouth (ch. xvii,) Brutus built his capital on the Thames and called it Troia Nova, New Troy. In the time of Julius Caesar it was rebuilt by King Lud, and renamed Lud’s Town which became corrupted into London.

[Verse 5, line 2] He breedeth a mighty bow “Ewe of all other things is that whereof perfect shooting would have a bow made.” – Roger Ascham, Toxophilus, 1571, quoted by Robert Hardy, ,Longbow A Social and Military History, 1976. 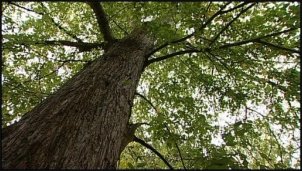 [Verse 4, line 1] Ellum she hateth mankind, and waiteth Stands of lofty elm trees were a familiar sight in the English countryside in Kipling’s day, though since the early years of the twentieth century they have been tragically devastated by Dutch Elm disease.
For the tendency of elm branches to fall unexpectedly, see “An Habitation Enforced” (Actions and Reactions p. 20, line 24), where Mrs Betts, talking of the death of old Iggulden, says: “They come down like ellum-branches in still weather. No warnin’ at all.”

[Verse 5, line 2] He would call it a sin Midsummer ceremonies are a relic of paganism. Sir James Fraser writes in The Golden Bough (Chapter 62 Section 5).

A faint tinge of Christianity has been given to them [the Midsummer fires] by naming Midsummer Day after St. John the Baptist, but we cannot doubt that the celebration dates from a time long before the beginning of our era.