Mary Cabot’s Memoir states that Kipling’s first visit to Brattleboro ‘occasioned the sketch “In Sight of Monadnock” for the Springfield Republican‘, and their srchive confirms that it was, indeed, published in that paper on 17 April 1892. It appeared in The Times of London four days earlier, as follows:

It is descriptive of a visit to Vermont in early 1892, of the little town of Brattleboro and its surrounding farm country, of the local Vermont people, and of scenes around Mount Monadnock in southern New Hampshire. In favourable weather the mountain could be seen from “Naulakha”, the house that the Kiplings later built near Brattleboro.

Carrie Kipling’s family, the Balestiers, had a family farm in the south-east corner of the state of Vermont, some five miles north and west of the town of Brattleboro, itself some 160 miles north-east by north from New York City. After their rushed marriage in January 1892, which took place in London shortly after the death of Carrie’s brother, Wolcott Balestier, their honeymoon trip was to be a world tour, calling first on the family at home in Vermont. These letters were to be a means of funding the trip. In the event, this proved to be more necessary that they had originally envisaged.

[Overall title] Tideway is a word for a channel in which the tide runs: hence these articles describe a journey from coast to coast in America, and across the Pacific to the tidal waters of Japan.

[Letter I title] Monadnock is a prominent mountain in south west New Hampshire, in New England, 3,165 feet high (865 metres) – just higher than Mount Snowdon in North Wales. Rudyard and Carrie visited the family at Brattleboro from16-20 February 1892, and from a hill-top on her brother’s farm, Carrie and Rudyard saw “thirty miles away to the east” Mount Monadnock, with which Rudyard was familiar from the writings of the American poet R.W. Emerson (1893-1882), whose favourite it was.

They decided then and there that they must build a house within sight of Monadnock, and on 18 February, they were offered a site by Carrie’s brother Beatty Balestier.

[Page 3, line 1] After the gloom of gray Atlantic weather Rudyard and Carrie, Carrie’s mother and her sister Josephine, had sailed from Liverpool on board the White Star Liner Teutonic to New York. The passage took just under eight days: the North Atlantic in winter is gray, and can be thoroughly unpleasant. Carrie’s diary makes no mention of it being particularly nasty, but the contrast on their arrival in winter sunshine was obviously marked.

[Page 4, line 9] a little wooden town this was presumably Brattleboro, the nearest town to the Balestier family home. Vernacular New England houses were traditionally of white-painted clap-board on a brick base which contained the cellar.

[Page 4, line 12] sleigh a small sledge for one or two people, designed to be drawn by horse: the only feasible form of winter transport in the days before the motor-car.

[Page 4, line 22] cutter a lightweight open horse-drawn sleigh, introduced in the United States in about 1800. It usually had a single seat that held two people, but some contained a second one, which could be removed or jumped out of the way when not in use, for two additional passengers. Some had a child’s seat that folded out when needed.

[Page 4, line 29] line up to Montreal Brattleboro, as we will shortly see, lay on the Connecticut River which ran northwards from Long Island Sound to the Canadian border. There was great rivalry between the various New England railroads to obtain the Canadian traffic and to channel it (especially in winter) to the ice-free New England ports such as Boston (Mass.) and Portland (Maine). One such route lay up the Connecticut valley to reach Montreal.

[Page 4, line 31] walking along the tops of goods wagons an American would have written “box-cars’ or “freight cars”. Virtually all American freight cars (wagons) were covered, and had a walkway along the roof, along which the brakemen would make their perilous way to operate the hand-brakes of the wagons. This would have been impossible in England, because of the number of over-bridges: the latter were few and far between in the USA outside big built-up areas; road and railroad mostly crossed on the level (a ‘grade crossing’).

[Page 5, lines 1-3] It comes cheaper to kill men . . . than to put air brakes on freight-cars in winter time. The top of a freight car could be a killing place, with ice on the walkway. Continuous air brakes, applied to all vehicles and under the control of the driver/engineer, had been applied to passenger vehicles from the end of the 1860s in the USA: but freight vehicles relied on hand-brakes for much longer.

[Page 5, line 8] A walrus sitting on a woolpack this was Beatty Balestier, Carrie’s younger brother, who had come to meet them at the station (depot). Carrie’s diary records: ‘Clear and cold. B. meets us at Brattleboro.’

[Page 7, line 1] coon-skin from a raccoon, a small badger-like animal, the size of a small fox.

[Page 7, line 11] appeared in Swedish or Russian The local accent was so strange to Kipling that he could barely accept it as English. He presumably suggests Swedish or Russian because these countries too are snow-bound in Winter.

[Page 8, line 27] It was in the middle of New Zealand . . . that I heard this talk last Kipling had been there three months earlier in November 1891.

[Page 11, line 7] the Green Mountains part of the northern end of the Appalachian chain which runs from Maine down to South Carolina. They run from north east to south west across the state, and give it their name; Vermont is known as the Green Mountain State.

[Page 11, lines 17/18] man of the West this was William Brooks Cabot, who, with his sister Mary Rogers Cabot, came to know the Kiplings well when they later lived in ‘Naulakha’. Miss Cabot later bought ‘Naulakha’ after the Kiplings had left for England in 1896.

[Page 12, line 3] full of foxes . . . riding is impossible it was not feasible to hunt foxes by riding after hounds, as in England (and as still happens in Virginia, USA).

In England and Ireland, it was Not Done to shoot foxes, which were regarded as vermin. (See Stalky and Co., “In Ambush”, page 9, line 29). Kipling was probably unaware that in the more rugged parts of Great Britain, especially the Lake District and north and south Wales, there were a number of packs of fox-hounds which were followed on foot.

[Page 12, lines 16/17] in the Far West on the newer railway lines The last of the great transcontinental railroads, the Great Northern Railway (unusually for a American corporation it was a railway, not a railroad) was still under construction, and was fighting with the Northern Pacific Railroad, completed twenty years earlier, for access rights to various towns and districts.

[Page 12, line 20] Caledonia This was the ancient Latin name for Scotland. There are several places of this name in the USA and two in Canada, originally settled by immigrants from Scotland. The reference here is to Caledonia, Vermont, on the west bank of the Connecticut river, in the north east corner of the state, near St. Johnsburg.

[Page 13, lines 11-14] these four lines are the “shameless parody” of Emerson’s verse. Ralph Waldo Emerson (1802-1883) was an American author from New England, whose work Kipling greatly admired. See KJ 110 for July 1954, by Anne M. Weygandt on the subject of Emerson, parodies of Emerson, and echoes of Emerson in Kipling’s work. See also her book Kipling’s Readimg and its influence on his Poetry pp. 148-151.

[Page 13, line 16] Mesopotamia the word used until the 1920s to refer to the land lying between the rivers Tigris and Euphrates (from ancient Greek, meso – in the middle of – potamoi – the rivers): nowadays, it covers a substantial part of Iraq. The reference is to a quotation from David Garrick, the actor (1717-1779), who is said to have remarked, of a celebrated preacher: ‘His voice is so wonderfully modulated that he could make men either laugh or cry by pronouncing the word Mesopotamia.’ 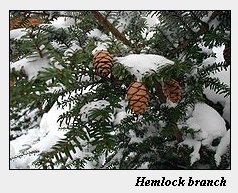 [Page 13, line 30 and page 14, line 5] Gautama and swag-bellied Carrie’s diary records that on their second day at Brattleboro they ‘Had fun with Beatty, Mai and little Marjorie’. The building of this “swag-bellied” snowman, who turned out to look like the figure, so well-known to Kipling in India, of the stout squatting Buddha, was probably part of the fun. Gautama was the name of the founder of Buddhism.

[Page 14, line 33] Cain one of the two sons of Adam and Eve, whose story is found in the Hebrew Bible, the Christian Bible and the Koran. He murdered his brother Abel.

[Page 15, line 6] hack-coupés on their sleigh mountings the cabs plying for hire at the station (depot). The coupé body held two passengers, with the driver seated outside. In winter time, the bodies were demounted from their wheeled-carriage and put on a sleigh mounting.