A ship is out on a dark night in dangerous waters. with reefs and a heavy sea. There is every sign that a storm is coming which could overwhelm her. Unless she moves with firmness of purpose towards the open sea, she is lost.

The poem is a metaphor for Britain’s peril. Only fourteen years after the end of the Great War she is beset by dangers. The storm is near, not past.

After victory in the Great War the British had relinquished their massive armaments on the grounds that they were not needed. General disarmament had been one of the central provisions of the post-war settlement in the Treaty of Versailles in 1919, under which Germany was also made to cede various territories to other countries, and pay a heavy indemnity. In that year the Prime Minister told the service chiefs that they need not anticipate a major was within the next ten years, a planning forecast repeated in every year up to 1927.

Few educated people now believed that the war had been caused by a deliberate German aggression …
In the general opinion, wars started by mistake – the view of Lord Grey (former Foreign Secretary); the negotiating machinery of the League (of Nations) would prevent these mistakes in the future. Or they were caused by great armaments, the view of Lloyd George (former Prime-Minister); the remedy for this was disarmament. Or they were caused by ‘grievances’; the clear moral here was that these, now predominantly German, should be redressed. Or finally they were caused by ‘capitalism’; hence Labour’s contribution to peace was to bring capitalism to an end.

However, In 1923 Adolf Hitler had become leader of the German National Socialist Party, the Nazis. During the 1920s, the Nazis, calling for revenge for German’s defeat in the war, for rearmament, and for her to become a great power again, had gained increasing support at a time of depression and high unemployment.

In July 1932, two months after this poem was published, the Nazis became the largest party in the German Parliament. In January 1933 Hitler became Chancellor of what he declared to be the Third Reich”, the “Third Empire”.

Meanwhile Joseph Stalin had been in power in Soviet Russia since 1924, and had embarked on a highly centralised policy of industrialisation and rearmament. designed to make Russia strong and invulnerable. The world was becoming a more dangerous place.

These developments were a continuing source of anxiety to Kipling, who recalled the horrors of the Great War, in which he had lost his only son. There had been some 3.2 million British casualties, including over 900,000 dead. He had little faith in collective security through the League of Nations, and believed that it was essential for Britain to look to her defences.

In the years before the Great War he had frequently urged the British to prepare to defend themselves. Now in the 1930s he did so again, in this poem, in “The Bonfires” (1933), in “The Pleasure Cruise” the same month, and in a powerful speech to the Royal Society of St. George in May 1935, “An Undefended Island”.

In the Epilogue (p. 518) to Charles Carrington’s biography of her father, Mrs Bambridge recalls the occasion:

… with its urgent warning that Germany was again preparing for war. This was resented as being “unsuitable for Jubilee Year”, and was hardly reported in the press. The poem giving the same warning in 1932 and called “The Storm Cone” was criticised as being ‘exaggerated and gloomy.’

Some comments from the critics

Bonamy Dobrée (p. 110) with his usual sympathetic acumen, writes of the aftermath of the Great War, of Kipling’s involvement with the War Graves Commission, and how he accompanied King George V to France in 1922. (See “The King’s Pilgrimage”).

Ten years later he was stirred by the phrase ‘the eradication of memories of the Great War’, which he culled from a “Socialist Government Organ”, and quotes at the head of his poem “Memories”. The verses are sadly bitter – it is difficult to extract a quotation, as they describe by ‘the use of small, corroding words’, how the ‘We’ of the poem are going to destroy and tarnish not only the memory, but also the concept of ‘Faith, Obedience, Sacrifice, Honour and Fortitude’, and the whole historical tradition, ‘the use and meaning of Their day.’ … It was his last political poem except for the warning he issued in 1932 “The Storm Cone”, much in his old manner, prophesying the war of 1939.

The most striking poem of warning was “The Storm Cone” of 1932, deriving much of its power from the menace of the undefined. In Kipling’s own mind the ship in danger probably represents England threatened by the seas of German military aggression; but if so, the lines transcended their occasion, suggesting by the tragic intensity of the voice a threat of more existential proportions.

A storm-cone is a visual signalling device made of black-painted canvas designed to be hoisted on a mast – if apex upwards, a gale is expected from the North, if from the South, apex downward. 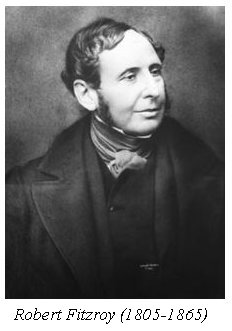 The storm cone was devised by Rear Admiral Robert Fitzroy, former commander of HMS Beagle, head of a department of the Board of Trade
known today simply as the Met Office, and inventor of weather forecasts. He also developed storm barometers, widely distributed to ships and to coastal harbours and lifeboat stations. (See Mark Brown’s article in KJ 360)

Storm cones have been superseded by radio, though there is still one to be seen at the Polruan Signal Station in Cornwall.

let no Star delude us a star or planet rising in the East can be mistaken for sunrise.

Stand by ! the traditional order to stay alert and wait for the next order

The lull if the wind drops for a short time indicating a rise in barometric pressure during a gale, it often begins to blow again with renewed force, echoing another old saying “First rise after low foretells a stronger blow.”

reef in this context a submerged bank of rock, shingle, coral, etc., waiting for a vessel to run onto it.

main in this context the open sea

whelm an abbreviation of ‘overwhelm’, a word of many meanings including to ‘crush by irresistible force’, ‘to reduce to helplessness’.

the deep throb presumably the noise of the engines

offing the distance a ship at sea keeps away from the land because of navigational dangers. A “good offing” is a course that takes the ship well off the land and away from danger. [The Oxford Companion to Ships and the Sea, p. 614]