The edited text largely corresponds with that first published in the Pioneer of 16 August 1889. 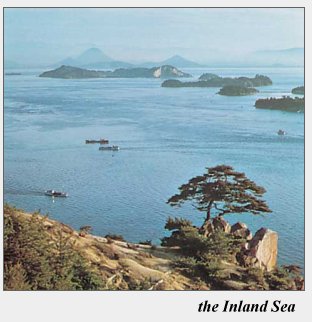 [Page 328, Heading] The Inland Sea the inner waterway, linked to the ocean, which lies among the many islands of Jaoan.

[Page 328, Epigraph] is a play on an item from the humorous journal Punch. Kipling reused the original quotation in a speech on “Some Aspects of Travel” to the Royal Geographical Society on 17 February 1914: “Rome—Rome. Wasn’t that the place where I bought the shocking bad cigars?”. See A Book of Words (1928).

[Page 329, line 23] Naini Tal was a hill station in what is now Uttar Pradesh (now Uttarakhand), and was the summer residence of the Governor of the United Provinces. There are several lakes in the vicinity, leading to its nickname of the “Lake District of Uttarakhand”.

[Page 330, line 23] an ulster is not usually worn nowadays but then it was regularly in use in England. It was a long, loose, rough overcoat, so named as the material was made in Northern Ireland.

[Page 330, line 25] thermantidotes air-cooling devices made by installing a sort of paddle-wheel in a window aperture, encased in wet “tatties”, which are mats made from cuscus grass. By keeping the mats wet, a cooling stream of air can be brought into a room.
The point of this comment is that by mid-April, Kipling’s readers in the Indian lowlands would be experiencing very hot weather.

[Page 330, line 26] kerosene or paraffin is a combustible liquid hydrocarbon. Mixed with steatite it would make a suitable lubricant for a rotating metal rod.

[Page 330, line 27] cranks handles with an elbow that could be used for turning the paddle-wheel of a thermantidote. 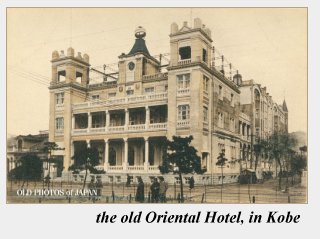 [Page 331, line 15] Peliti an Italian-run confectioner and café in Simla (Shimla). It is mentioned by Kipling in several of his stories.

[Page 331, lines 25 – 29] Oriental at Penang . . . Raffle’s at Singapur . . . Victoria at Hong-Kong these hotels were visited by Kipling in the earlier part of his voyage from India, covered in reports Nos.IV, V, and VII.

[Page 332, line 2] passport Japan had traditionally resisted foreign influence, and restricted access by foreigners to the country. In 1854, by treaty, she had opened two ports to foreign trade, and in 1858 five more, but a national of one of the Treaty powers wishing to travel outside the immediate vicinity of the Treaty Ports, had to obtain a passport which would specify the places to which he was permitted to travel. The Treaty Ports were Shimoda, Hakodate, Edo, Yokohama, Kobé, Nagasaki, and Niigata. 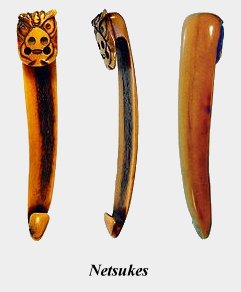 [Page 333, line 28] netsukes miniature carved toggles or buttons used to fasten containers of personal items to a sash or obi.

[Page 334, line 8] The tirthankars of the Jains (a sect of dissenters from Hinduism) were the twenty-three saints who were revered as having attained nirvana, the place of rest and blissful peace for the soul. The Lama stays for a time in the temple of the Tirthankers in Benares; see chapter VII of Kim.

[Page 334, line 20] cuttle-fish are marine animals of the same order as squid and octopuses. They have eight legs and two tentacles together with a large porous internal bone.

[Page 336, line 2] Sahib-log during the period of the British Raj this term came to mean “European-folk”. In The Jungle Book the monkey folk are called bandar-log.