Verses 1. 3, and 5 of this poem were first published in June 1892 as a heading to chapter xvii of The Naulahka, a Story of West and East, by Rudyard Kipling and Wolcott Balestier. The poem is listed in ORG as No 546. 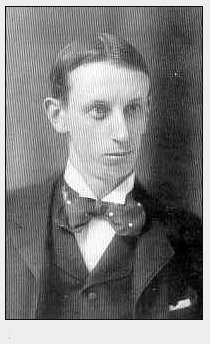 It could be assumed that as a chapter heading for The Naulahka the poem concerns the hero and heroine of the novel. However, it seems more plausible to see it as celebrating, in lofty cosmic terms, Kipling’s partnership with his friend Wolcott Balestier, with whom he had written the work, and who had died unexpectedly a few months before, in December 1891.

Together, it passionately asserts, the two young comrades had fought to conquer the heights, an endeavour which seems long ago now that Wolcott is dead.

On this assumption, the ‘she’ in the second line, and in the last stanza must refer to Carrie, Wolcott’s sister, whom Kipling had married soon after his death. Jan Montefiore writes:

Its diction and metre are strikingly close to those of the “Dedication” to Barrack Room Ballads in memory of Wolcott, published a few weeks earlier in May 1892, except that the Dedication is in triplets rhymed aaa, whereas “The Sack of the Gods” is in quatrains rhyming aabb. Both the poems go in for high-flown cosmic imagery. Compare the Dedication’s first stanza:

Beyond the path of the outmost sun through utter darkness hurled
Farther than ever comet flew or vagrant star-dust swirled –
Live such as fought and sailed and ruled and loved and made our world.

and this from “The Sack of the Gods”, which even uses the same imagery of star-dust:

Under the stars beyond our stars where the new-forged meteors glow,
Hotly we stormed Valhalla, a million years ago! ….

Dust of the stars was under our feet, glitter of stars above—
Wrecks of our wrath dropped reeling down as we fought and we spurned and we strove.
Worlds upon worlds we tossed aside, and scattered them to and fro.

And “The Sack of the Gods” uses some of the same mythological framework of Valhalla, the golden hall of Norse mythology, where slain heroes find their last home, and where Wolcott is welcomed by the gods after his death: ‘ And made him place at their banquet board – the Strong Men ranged thereby.’

But the main theme of “The Sack of the Gods” is reincarnation. It inhabits imaginative territory adjacent to “The Finest Story in the World” (July 1891) and “In the Neolithic Age” (December 1892)::

…. when the Prehistoric spring
Made the piled Biscayan ice-pack split and shove;
And the troll and gnome and dwerg, and the Gods of Cliff and Berg
Were about me and beneath me and above.

The second line in “The Sack of the Gods” ‘I was Lord of the Inca race and she was a Queen from the Sea’‘ echoes ‘When I was a king in Babylon and you were a Christian slave’ from the poem “Or Ever the Knightly Years”. by W E Henley, Editor of the Scots Observer, who enthusiastically published a number of poems by Kipling. Kipling also uses it as the semi-ironic epigraph to “The Finest Story in the World”.

As with both these poems, the idea that makes them work is deja-vu, hearking back to an experience in an earlier life, based on reincarnation. In “In the Neolithic Age”, the ‘I’ is a singer to a primitive Stone Age clan, reborn as a tribal singer (and ‘a minor poet certified by Traill !’)

With comparable brio but without the wit and historical imagination of that poem, in “The Sack of the Gods” a lover addresses his beloved woman imagining that ‘you and I’ have met before, aeons ago in the youth of the world, when ‘we’ were young and victorious Gods. That does fit the youth and American energy of Tarvin the buccaneering hero of The Naulahka quite well. It doesn’t sound much like Kate, seriously dedicated to her mission, though she is certainly an enterprising New Woman, going off to nurse Indian women instead of staying in America and getting married.

Instead of the Ice Age and the deep time of prehistory which “In the Neolithic Age” does so well, in “The Sack of the Gods”, Kipling brings in a hotch-potch of cosmological myths: the Norse Aesir gods in their Valhalla , and the Ancient Greek Titan deities, children of Uranus and Gaia, who ruled the world until they were overthrown by the Olympian gods (as in Homer’s Iliad), who invaded the realm of the Titans, imprisoning them in darkness under the earth. Hence ‘Hotly we stormed Valhalla’ .

Greeks and Vikings also come together in “The Finest Story in the World”, which appeared the previous year, though as sailors not gods, all part of RK’s creative ferment of those times, which could sometimes throw off dross as well as distilling immortal elixir. [J.M.]

If the protagonists are “really” Kipling and Carrie (rather than Rudyard and Wolcott or Tarvin and Kate), he’s switched their hemispheres of origin. Kipling, from the Old World no matter whether you consider Britain or India, is “Lord of the Inca Race” and American Carrie is
“Queen of the Sea,” that is, Queen of Crete.

The idea of storming Valhalla is surely inspired by tales of Ragnarok, so that the infinitely distant past is like to the end-point of this world’s future, and we have a whole cyclical cosmology. For the “well-tuned horns” in verse 2 see the Gjallarhorn.[D.H.]

When in October 1889 Kipling arrived in London from India, aged twenty-three, he had already attracted much attention with Departmental Ditties, Plain Tales from the Hills. and the six paperbacks of the Indian Railway Library. Editors took a strong interest in this new literary phenomenon, he was elected to the Savile Club, he acquired a literary agent, in America rogue publishers started to pirate his work, and he continued to write furiously. He recalled later that:

That period was all … a dream, in which I could push down walls, walk through ramparts,and stride across rivers.
[Something of Myself p. 86].

His emotional life was less stable. By mid-1890 he was stressed, restless, and overworked. He had had a chance encounter with Flo Garrard, his old love, who clearly did not care for him. His experience of this unsatisfactory relationship was echoed in his first novel The Light that Failed, first published in November 1890.

The American edition of that work had been overseen by Wolcott Balestier, a young entrepreneur, on behalf of Lovells in the United States. He had come over to London in 1889 to make literary contacts and drum up business. He had met and made a close friendship with Kipling, to a point where the two agreed to collaborate on a second novel, The Naulahka, and there is a vivid account from a Vermont newspaper of how closely they worked together, with Wolcott writing the American scenes and Rudyard the Indian. (see the article by Charles Carrington in KJ 179 for September 1971)

Kipling was keen for Wolcott to join him on a journey round the world, but also became increasingly close to his sister Carrie, with whom he seems to have reached an understanding
by the summer of 1891. In August he embarked alone on his travels, to South Africa, New Zealand, Australia, and back to India.

There in December he had a cable from Carrie with the news of Wolcott’s death from typhoid, asking him to come back to her. He took ship to England, and married her on January 18th 1892. They set out for their honeymoon at the beginning of February, and while crossing the Atlantic, Rudyard completed the chapter headings for The Naulahka, including this poem. The novel had been serialised since the previous November, and was published in book form on June 23rd.