This poem was first published in December 1904, in the collection Traffics and Discoveries, linked to the story “A Sahib’s War”. It is listed in ORG as No 874.

“The Runners” of the title are the bearers of rumours. The subtitle sets the poem on the “Indian Frontier 1904”. The rumours speak of trouble for “Nimrud”, who represents the governing power, in this case the British in India. It is not clear why Kipling chose the name: “Nimrod” is mentioned once in the Bible as “a mighty hunter before the Lord” (Genesis 10.9).

In each verse drums beat to call people together to hear the news. In each verse, as the news spreads the number of onlookers – Watchers – multiplies. In the first three verses the rumours get worse for Nimrud each time. In Verse 4 the Watchers, now “a thousand thousand” in number, debate whether to join an uprising. In the last verse God has given Victory to Nimrud! and peace returns.

The poem accompanied the story “A Sahib’s War” when it was collected in Traffics and Discoveries in 1904. “A Sahib’s War” is set in the Boer War and was written and published in 1901. The story is narrated by a Sikh trooper who has come to South Africa with his British officer.

Kipling is making the point that England’s early reverses ‘At the hands of a little people, few but apt in the field’ (“The Islanders”. line 18, 1902) could have encouraged revolt among the always-restless tribes on India’s North West Frontier. He was warning of the danger, in the years after the war, that failure or incompetence in one part of the Empire could threaten its rule elsewhere. 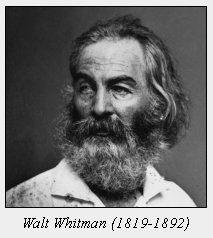 In its free rhymeless declamatory form this poem is unlike most of Kipling’s verse. Ann Weygandt (p. 154) notes that while at school Kipling had greatly admired Walt Whitman, who experimented with ‘free verse’ without rhyme or formal structure. (See Beresford p. 168 onwards). Weygandt suggests that he may have been influenced here by the American poet:

…there are two pieces of his handiwork which may have taken a hint from “The Song of Myself” and “Out of the Cradle Endlessly Rocking.” They are more regular than Whitman’s wandering excursions, but neither of them rhymes and one does not scan. This is “The Runners.” The recurrent “News,” “Nimrud,” and “Watchers, 0 Watchers” tie it together, and do so more efficiently than the fragments of the mocking-bird’s song bind up “Out of the Cradle,” but the second stanza surely carries more than a suggestion of Whitman, though it is possible that Kipling’s intention was only to make it sound like a translation of a Hindu song.

[Verse 1] This verse is set in the bazaars, where rumours spread among the buyers and sellers.

God sends a gnat against Nimrud! When war broke out, most people thought that the mighty British army would brush the Boers aside like a gnat.

[Verse 2] This verse is set in a rural village at the end of the working day.

God prepares an ill day for Nimrud! Within three months of the start of hostilities in October 1899 the British suffered three severe defeats in one “Black Week.”

Daniel Hadas suggests that probably Nimrod/Nimrud is chosen because of the tradition that he was in charge of building the Tower of Babel, associated with Babylon: his actions are a prototype of global empire. See e.g. St Augustine, City of God 16.4  [D.H.]

[Verse 3] This verse is set in the camps where travellers meet and discuss the latest rumours.

Thus it befell last noon to Nimrud! Up-to-date news has come in of another defeat.

[Verse 4] This verse is set is set on the Frontier.

border-peels small strong towers used as forts by the tribes on the North West Frontier. They figure in some of Kipling’s stories – for instance “The Lost Legion” (Many Inventions) and `Slaves of the Lamp¬ Part II” (Stalky & Co.).

the expectant shoe their horses tribesmen are making sure they are ready for action.

Shall we go up against Nimrud? The tribesmen are debating whether to rise in revolt while Britain is involved in a losing war.

[Verse 5] This verse describes the return to peacetime activities – including paying taxes and welcoming the police to keep order.

Hide away the rifles On the North-West Frontier tribesmen were prohibited by law from bearing arms, but warfare was a way of life to them and they just hid their weapons. So did the supposedly friendly Boers in “A Sahib’s War”, the story that follows this poem.

All the ‘Boer-log’ with whom we dealt had purwanas (permits) signed by mad Generals attesting that they were well disposed to the State. They also had rifles not a few and, and cartridges, which they hid in the roof. The women wept very greatly when we burned such houses, but they did not approach too near after the flames had taken good hold of the thatch, for fear of the bursting cartridges.

let down the ladders from the watch-towers for greater security many border-peels had no entrance at ground level and the door was on the first floor, only reached by a rope ladder. Similar Peel Towers, with the same first-storey entrances, can still be seen in the Border Counties in Britain, where they were built for protection in the centuries of fierce raids between Scotland and England.

O Well-disposed and Heedful everyone is pretending that they were always law-abiding and never dreamed of revolt.