There is a version of this poem handwritten and signed ‘Rudyard Kipling’ in an album of photographs by Alex Hill in the Library of Congress in Washington D.C. It is also to be found in Rutherford (p. 450) and Pinney (p. 1941).

In the late summer of 1888 Mrs Hill was interested in a Bazaar which was to be given at Allahabad in February 1889, for the benefit of Trinity Church. As the Hills were great photographers, Mrs Hill decided to present two books (to be raffled) of her own work. Mr Hill had made many beautiful negatives of Indian scenes—Mrs Hill printed and mounted the photographs and called on young Kipling who was always ready to help—to write some verses.

The Hills kept one of the volumes for themselves, with Kipling ‘s first version of this poem. The other, with the final version, was duly raffled, and Kipling wrote to Mrs Hill in February 1889:

Colonel Dodd tells me that a Colonel Lang (location unknown) won the album of photographs. I hope he may be worthy of the trouble taken over it. Don ‘t you.

Both albums are now in the Library of Congress, with Mrs Hill’s note quoted above.

The poem is a classical Ballade, with eight-line verses and a four-line Envoi (traditionally addressed to a princely patron), each repeating the same words in the last line.

Each verse lists various places and scenes from the album – verse 1 architectural wonders, verses 2 and 3 natural beauties, with the Envoi expressing the hope that it may inspire the fortunate recipient to take up photography. 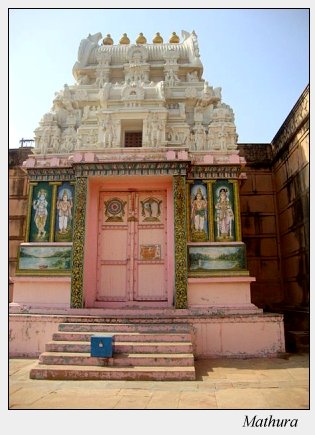 Mathura is believed to be the birthplace of Krishna, who is worshipped as an incarnation of the god Vishnu and also as the supreme God in his own right. It is one of the Sapta Puri, the seven cities considered holy by Hindus. 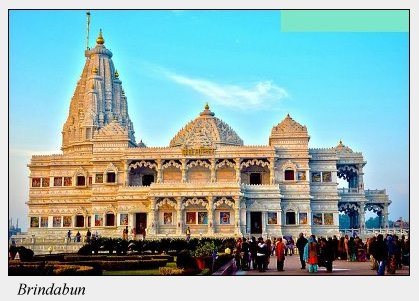 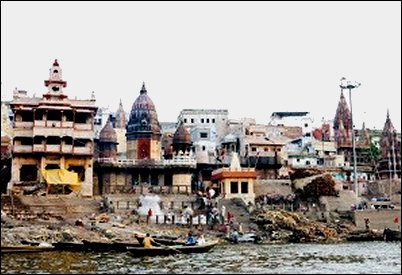 Benares ghat (left) steps leading down to the holy River Ganges, for ritual bathing or for cremations.

the Agra hall the Hall of Public Audiences in Agra Fort, where Moghul emperors listened to petitions from ordinary citizens. At one time it held the fabled Peacock Throne. 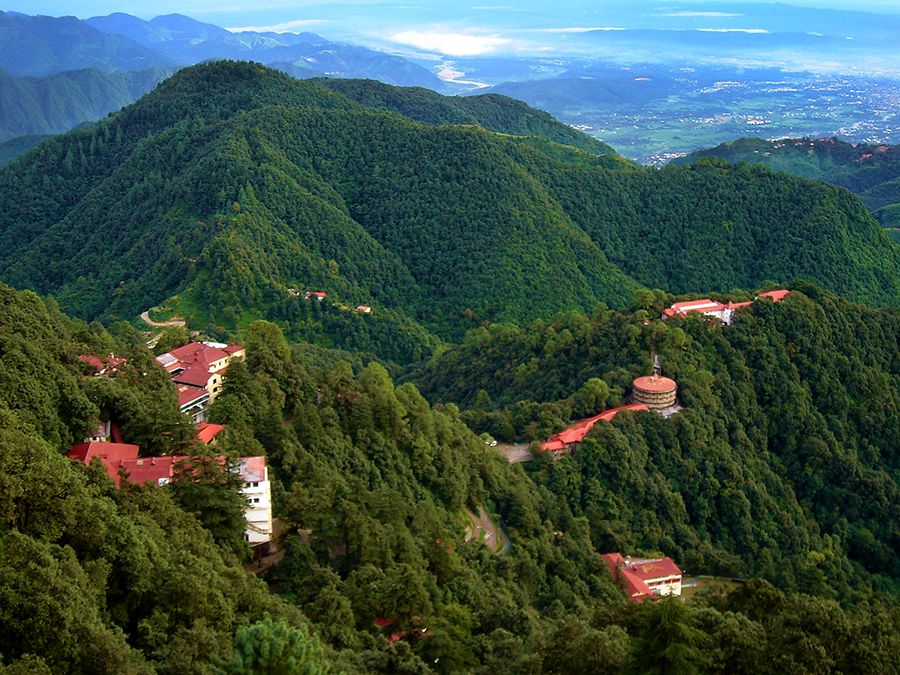 Kipling stayed there with the Hills for a week in June 1888.