Published in the Pioneer, 25 February 1886, as a letter to the Editor:

“Sir, — A few days ago a correspondent in your columns wanted to know what happened to an ‘obnoxious mariner’ in bygone days. He said the playful practice of dropping the O.M. on a desert island rhymed to something. So it does – a whole lot of things. Perhaps this may help.

The poem is authenticated by inclusion in Kipling’s Scrapbook 3 of his own press cuttings in the Kipling Papers at the University of Sussex Special Collections. It was never collected by Kipling but is to be found in Rutherford (p. 310) and Pinney (p. 1794).

A delightful demonstration of Kipling’s skill in versification: a poem of 21 lines all using the same word-ending; he says in the last line, you probably won’t find another. It all makes perfect sense in the context of a ‘maroon’, the word that started it all off.

However, since this poem has come to our attention the members of the Kipling Society have risen to Kipling’s challenge and added some more lines, rhyming just as he insists, as you can see, in English and French. 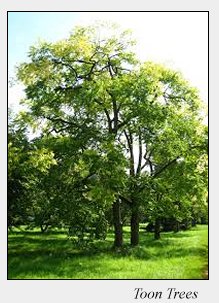 The Musical Toon Tree The ‘Toon Tree’ is Cedrela Toona, a fine tree, yielding a red hardwood, which appealed to Kipling because it rhymed with ‘maroon’.

the ‘pig’ men call ‘long’ ‘long pig’ was a name for human flesh among the cannibals of the South Seas.

Roget’s Thesaurus a treasury of synonyms by Peter Roget, first published in 1852. Not actually a dictionary of rhymes, but widely used stillm today. Your Editor has a copy on his bookshelf.