[Page 73, line 7] shooting-stands permanent buildings in which shooters can relax until the game is driven to them, and from which they can then fire at their target. [DP]

[Page 73, line 12] G.C.S.I. Grand Commander of the Most Exalted Order of the Star of India. This was the senior of the Orders instituted by Queen Victoria, Empress of India, for special services to India. It was Instituted in 1861.

[Page 74, line 13] The Boar—the Boar—the mighty Boar! comes from the chorus of a song on “Hunting the Boar”. It is recorded as being sung regularly by groups of pig-stickers in Bengal as a drinking song in honour of the creature they hunted on horseback with a spear. (Blackwood’s Magazine, Edinburgh, 1893). It is also quoted in G.A. Henty’s (1832-1902) Indian novel, In Time of Peril (1881). In My Indian Journal by Walter Campbell (1864), Chapter XVIII “Hog-Hunting”, p.331, there is a “Hunting Song” quoted which includes the phrase:

Then pledge the boar, the mighty boar,
Fill high the cup with me;

The allusion to ‘the shaky bridle-hand next morn’ is the usual result of the happy carousal.[DP]

[Page 74, line 18] four-horse break or brake. So-named in the early 19th century because they were open-chassis vehicles used for training or “breaking-in” young colts. Later open bodywork and rows of seats were added and they were adapted for carrying several passengers. [DP]

[Page 74, line 20] pad-elephants Sir Robert Baden-Powell (1857-1941) in his book Memories of India: Recollections of Soldiering and Sport, Chapter XI describes the use of pad-elephants.
(see this web-site)

We others started with twenty-seven elephants in a blazing hot sun. Our pad elephants carried us at first, this being far more comfortable both for elephant and man than a howdah, for a longish ride. These are elephants with big mattresses or pads fastened on their backs and are used for beating the jungle and for carrying home the game when shot. [DP]

[Page 74, line 33] Rawat one of sixteen umraos (feudal barons) privileged to wait upon the Maharana of Udaipur. [DP]

[Page 74, line 33] Amet a town and fort about 20 miles northwest of Udaipur on the Chandra Bhaga, and north of Rajsamand Lake.

The Rawat of Amet at this time was Rawat Shivnath Singh, born 1869, educated at Mayo College, Ajmer, and therefore 19 years old when Kipling met him. See also page 78, line 12. [DP]

[Page 75, line 4] sounder collective term for a group of swine. 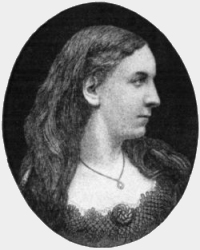 She wrote 45 novels, made many mistakes and incurred considerable ridicule, but she could write stirring narrative. Her style and imagination were flamboyant, gorgeous and over-decorated.

(a) Secreted in the glands of the male musk deer.
(b) From a plant usually known as the musk plant.

[Page 75, line 8] ambergris a wax-like substance found floating in tropical seas – the origin being a secretion from the intestines of the sperm-whale.

[Page 75, line 8] patchouli the essential oil from a strong smelling plant, used in perfumes – native to Penang and Malay.

[Page 75, line 10] A Tent Club this was a Pig-Sticking Club, i.e., one expressly formed to arrange competitions in the exciting and quite dangerous sport of killing wild-boar by chasing them, armed only with a spear or lance, on ponies.

[Page 75, line 11] Bouli Lena Singh this explanation is largely conjectural. There was a Lena Singh who was a well-known general in Ranjit Singh’s army. He was given the title of “Sword of the State” by the Maharaja and sent on important political missions. He built guns for the Sikh army and he also built the Sun Clock, which still stands in the Golden Temple. He died in 1854. Thus he was associated with the right area of the Punjab.
(see this web-site).

Omer Salim-Khan from Lahore confirms that Maharajah Ranjit Singh granted (with somewhat rather fickle favour) estates or land grants to his chiefs mostly around Lahore, and these also included much-cherished Shikar tracts which later became popular hunting grounds for British administrators etc, post-1849. W.G. Osborne’s The Court and Camp of Runjeet Sing gives some vivid accounts of the ambience during the ‘Sikha-shahi’ or Sikh rule at Lahore. However, he doesn’t at present recollect any such place named after Lena Singh anywhere in or near Lahore.

The word Bouli has not been definitely identified, but Sharad Keskar suggests that it may be a phonetic transcription of the Punjabi Bholee meaning ‘The Good’. If these two conjectures are correct, the word should be the masculine form, Bhola.

Omer Salim-Khan suggests that it may be the Eastern Punjab word Baoli or Bahwli which is the word for a ‘stepped well’, which is often applied to a place where such a well has been dug, and thus also suits the context. He comments that the lines cited suggest that this particular hamlet or village was somewhere around/near a riverbed or bank – most Tentpegging and Shikar ‘runs’ back then were – either around or near the Ravi river, towards Sheikhupura or Shahdarra across from Lahore; or, perhaps, towards Kasurside, to the south-east of Lahore. [DP]

[Page 76, line 4] Bhils An ancient hill tribe. See Letter VII. Here some of them were acting as beaters. 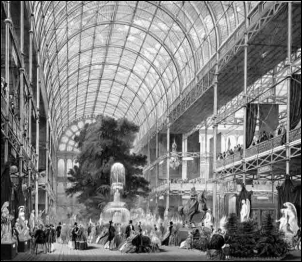 [Page 77, line 4] Crystal Palace The Great (first) International Exhibition of the products of industry was held in Hyde Park in London in 1851 in a huge glass-walled building. The building was afterwards removed to Sydenham in south-east London and opened there in 1854. It was destroyed by fire in 1936.

[Page 77, line 4] bombardment of Kars Fireworks set-piece representing the taking by the Russians in 1877 of the town of Kars, a fortress in Armenia which had been held by the Turks since 1855. It is two-thirds of the way from Batum on the southern Black Sea coast to Erevan.

[Page 77, line 16] Bagheera See The Jungle Books in which Kipling gives this name to the black panther.

[Page 77, line 30] Robin Hood The celebrated English outlaw who helped the poor by robbing the rich in Sherwood Forest in the English Midlands. He is said to have been born in, or near Nottingham in 1160 A.D. There are many ballads films and pantomimes about him and his Merry Men.

[Page 78, line 29] soul an interesting word to read in connection with any animal other than man – the ordinary word to use is “life”, but sometimes “spirit” might apply – cf., high, strong spirit. 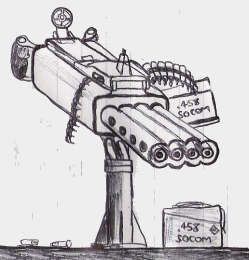 [Page 79, line 21] Nordenfelt a multiple-barrel machine-gun (left) designed by a Swedish engineer, Helge Palmcrantz and patented in 1873. Production of the weapon was funded by Thorsten Nordenfelt. [DP]
(see Wikipedia) .

[Page 79, line 31] Erinpura Home station of a regiment of the Indian Army, 50 miles north east of Mount Abu and the same distance from Bhinmal, the capital of the Gurjara tribe.

[Page 80, line 2] hookah a pipe in which the smoke is cooled by passing through water. [DP]

[Page 80, line 3] garron a small horse from the Highlands of Scotland or Galloway in south-west Scotland.

[Page 80, line 30] Hat-marked tribe in the heat of India a stiff hat makes a ring round the brow. The name really comes from the East India Company officers in Calcutta who in the 17th century were the only people who wore hats. (See also Chapter VII, page 52, heading).