Published in United Services College Chronicle No. 6, for 1 November 1881.

Kipling was sent to United Services College at Westward Ho! in Devon in 1878, at the age of twelve. As he recounts in Stalky & Co. (1899) it was a hard life for a small boy, with a good deal of bullying, and beatings as punishments. The poem describes the discomforts of a winter term made worse by remembering the luxuries of home.

“Index Malorum” is a pastiche of Tennyson’s “In Memoriam”. It uses the “In Memoriam” stanza (abba trimeter), and the first stanza is a pretty good imitation of the opening of Tennyson’s part 15, which is also about an autumn evening:


To-night the winds begin to rise
And roar from yonder dropping day:
The last red leaf is whirl’d away,
The rooks are blown about the skies …. 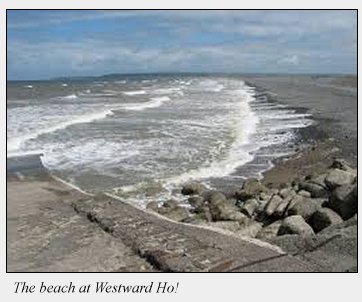 [Verse 1] The wild waves Westward Ho! is on the north coast of Devon.

[Verse 2] We plug with wood the window sill the windows do not fit well. The boys try to plug the gaps to keep out some of the draughts.

[Verse 3] They have to wrap themselves against the cold even indoors. The fires give more smoke than heat.

Goosey Pool described by L.C.Dunsterville [the original of “Stalky”] in KJ 22 (June 1932) p. 49: ‘There was a famous pond on the Burrows called Goosey Pool, famous only to us and probably no more than a dirty pool to the casual observer.’ (Rutherford) Goosey Pool is also mentioned in
“The First Day Back.”

in and outer edge technical terms in skating; the edges of the blades of a skate.

[Verse 6] a yard-broad fire’s glow a fire a yard (an old measure of almost a metre) wide at home, contrasting with the smoky school fires in Verse 3.

[Verse 7] the ice clink in the glass this might suggest a well-chilled cocktail, but here it means that the school building is so cold that drinking water freezes in the tumblers.