This poem was first published in Departmental Ditties and Other Verses in 1886. See ORG Volume 8, page 5150, (listed as Verse No. 224). See David Richards (p. 12) for further details of publication. Collected in:

The poet sings of his eternal love for several girls he met when he embarked for India, during the voyage. after he landed and at Simla, but, like Kipling’s own early romances, all came to nothing. The final verse is a plea for another love.

See KJ 233/34 and 334/40 for an account of Kipling proposing to one of the four daughters of Thomas Toussaint, appointed to the Bengal Province in 1865 as a Junior Chaplain in the Church of England. She refused him. Charles Carrington (p. 72.) notes Kipling falling in love with Miss Duke, daughter of a military chaplain at Mian Mir but does not say if he proposed to her or not. See also his chapters 4 & 5. 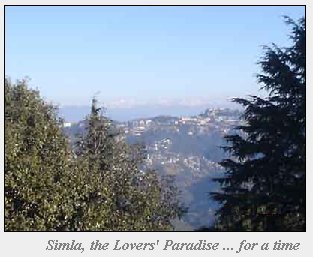 Other references to life in Simla in the Kipling Journal include:

Litany a form of prayer used in Christian worship where the priest recites or sings a series of petitions to which the congregation respond with the same refrain, for instance:

O God the Father of Heaven; have mercy upon us miserable sinners.

A Litany is to be found in the Anglican Book of Common Prayer after the Creed of Saint Athanasius. The Lovers’ refrain is rather more optimistic.

quay a waterside structure – usually of stone – where ships secure alongside to embark and disembark passengers and cargo. The scene is probably Tilbury in Essex where Kipling sailed for India in 1882; it is raining.

The word is pronounced KEY and, with grey, produces an “imperfect rhyme” in line 1: the verses rhyme A – C, B – D etc., with no other internal rhymes.

“Love like ours can never die !” The refrain of the Lovers’ Litany. If this is a quotation we have not traced it and will appreciate information from readers.

keel the lowest part of the structure of a ship but here used in the archaic poetic sense to refer to the ship herself. The reciprocating engines of the day made a characteristic ‘thumping’ sound and caused more vibration than the later turbine, which did not go afloat until the 1890s.

And – certain keels for whose return the heathen look in vain.

wheel probably the emergency steering-wheel on the poop in the after (rear) part of the vessel, where there might be some privacy after dark. 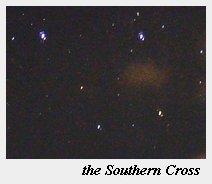 a dusty plain the heat and discomfort of the Plains figure largely in the Indian prose and verse.

Simla Summer capital of the Government of India. See our notes on “Mrs. Hauksbee Sits Out”.The social whirl and the scandals that went with it provided a vast supply of material which Kipling used to great effect. See Charles Carrington, Chapters 4 and 5.

“Mabel”, “Offices”, “ Goodbye” Waltzes we have not identified – information from Old India Hands or experts in the history of Dance will be appreciated.

Benmore a house in Simla converted into an entertainment-centre with a ballroom and stage, which could be hired. See Charles Allen (Kipling Sahib p. 139). Probably the scene of the ball in “Mrs. Hauksbee Sits Out” and other such functions, it was later taken over as government offices despite Kipling’s “The Plea of the Simla Dancers”. 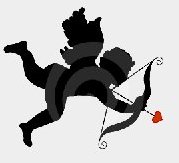 Cupid God of Love – son of Venus, goddess of beauty.

debtor one who owes money to another

Bankrupt one who is unable to pay his debts and has made an arrangement with his creditors.

An in this context an archaic form of ‘if’.