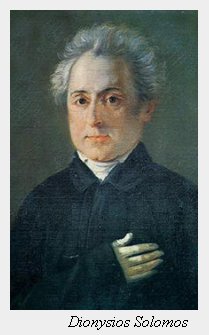 Thomas Pinney notes (p.1542) that in 1918 Kipling was asked by the Greek Legation in London to make a translation of the Greek National Anthem by Dionysios Solomos (1798-1857). Carrie Kipling’s diary for October 9th 1918, extracted by Douglas Rees, reads:

Rud finishes and sends off his rendering of the Greek National Anthem and proposes it be published in the Daily Telegraph. The money to go to the Greek Red Cross.

It was duly published on October 17th.

The anthem expresses the passionate spirit of Greece’s War of Independence between 1821 and 1830, in which the Greeks regained their liberty after some 400 years of rule by the Ottoman Turks. 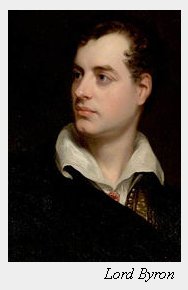 In 1914 Greece refused to join the Central Powers allied with Germany. against the British French and Russians. They had won their independence from the Ottoman Empire less than ninety years before, in a struggle in which they had been aided by these three allied powers. They felt a historic sense of enmity towards the Turks, and much warmth towards Britain, partly arising from the eloquent support of the poet Lord Byron who is still remembered in Greece with respect and affection nearly two hundred years after his death.

Because of the complications of its position in the Balkans, Greece remained neutral until 1916. After a coup, resulting in a change of government, Greece joined the allies in August 1916. This proved a fruitful decision, since the allied forces, including the Greek army, advanced in the Balkans, freed Serbia, and defeated the Bulgarians. In the post-war treaties the Greeks made considerable territorial gains. This poem was written when relations between Greece and Britain were very positive.