This story was first published in The Delineator, Dec 1909, and Nash’s Magazine, March 1910. before being collected in Rewards and Fairies later that year.

With Puck, the children meet Gloriana, Queen Elizabeth I of England. She tells a story that shows the painful decisions that a ruler has to take. Philip of Spain, the most powerful King in Europe, is threatening her colonies in America. She sends a fleet to stop him, knowing that it is a dangerous mission, but it never returns. The young men that commanded it had perished. ‘Should she have sent them ?’. ‘I don’t see what else she could have done’ replies Dan, and Elizabeth agrees that that was the root of the matter. Circumstances prescribe their own imperatives – a theme that runs through many of these tales.

The aptest head-note for this story might be the sketch of Elizabeth I in A School History of England (1911) on which Kipling collaborated with C. R. L. Fletcher:

She was a woman of the most strangely varied character; extraordinarily stingy and mean, extraordinarily brave and fierce (not cruel); passionately fond of her country, and English to the backbone; so jealous that she could not bear her courtiers to look at another woman; so vain of her beauty that even in old age she covered herself with gorgeous dresses and ridiculous jewels; by turns a scold, a flirt, a cheat and a heroine. But, somehow or other, she made her people follow, obey and worship her, till at last she became a sort of crowned spirit and guardian angel of the whole nation, which felt that it had grown to full manhood and power under her protecting care. Men called her “Gloriana”.

[Page 31, line 2] Indian wigwams Triangular tents of the North American Indians made of hides supported by poles tied together at the top.

hop poles were used to support the wires which held the string supports up which the hops, which are climbing plants, grew. 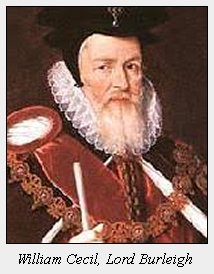 [Page 36, line 19] false quantities length or shortness of syllables in classical Greek or Latin. The composition of Latin prose and verse was a key element in the Renaissance humanist educational curriculum.
Jan Montefiore writes: false quantities matter in verse because unlike English scansion which is based on stresses, classical scansion is quantitive, so getting syllable length wrong distorts metre and meaning, Latin being an inflected language. It’s an easy mistake for English people to make when they make speeches in Latin or compose Latin verse, which as Donald Mackenzie says was an obligatory part of the Renaissance classical curriculum, and actually stayed that way in British public schools from the 16th to the mid 20th Century.

I don’t think Kipling ever learned to write Latin verse at school, but there’s an oblique allusion to it in the masters’ conversation about No 5 study collaborating at the beginning of “The Impressionists” (Stalky & Co. p. 103), when Hartopp says he’s seen M’Turk left ‘to elegise Gray’s Elegy’, while Stalky and Beetle went to punt-about’. Isabel Quigly rightly glosses ‘elegise’ as ‘turn Grays’ elegy into Latin elegiac couplets (hexameter and pentameter).’

See also “Regulus”, in particular pp. 240-242 in A Diversity of Creatures, where Beetle is being asked to construe a Horace ode (Ode V in Book III), for which M’Turk had given him ‘sailing directions’. Isabel Quigley notes his false quantity in the third line of the third verse. [J.M.]

[Page 36, line 32] Frewens, Courthopes, Fullers, Husseys These were all the names of old-established Sussex families of gentlefolk, with whom Kipling was well-acquainted. The names Frewen, Courthope and Hussey all appear in Carrie Kipling’s diaries. The Fullers had been the squires of Brightling, just up the hill from Bateman’s. [A.W.]

[Page 38, line 5] Low Countries At that time Spain controlled a large part of what is now Belgium and the Netherlands.

[Page 38, line 14] American ocean, which the Pope gave him Pope Alexander VI negotiated the Treaty of Tordesillas (1494) which divided the New World between Spain and Portugal, on a line between the 48th and 49th degrees of longitude west of Greenwich.

[Page 39, line 2] Huguenots The Huguenots were French Protestants, who rejected the Catholic faith, and were seen by the Spaniards as heretics, to be destroyed.

[Page 39, line 12] Pedro de Avila (c.1450-1530) A commander of Spanish forces in the Americas, who founded the city of Panama. He had a reputation for being cruel and unscrupulous.

[Page 39, lines 32-3] Cupids … Cains Cupid was the God of Love. Cain, the son of Adam and Eve in the Old Testament, was the first murderer, killing his brother Abel.

[Page 40, lines 14-15] the new school at Harrow Harrow, one of the leading English independent schools, was founded in 1572 under a Royal Charter granted by Queen Elizabeth to John Lyon.

[Page 41, line 24] Spanish Main The sea that lies between North and South America, including what is now the Caribbean.

[Page 41, line 33] the Axe Noblemen condemned to death could expect to be put to death by the more dignified beheading, rather than by hanging.

[Page 42, line 22] Simply that De Avila. . . for an account of this episode with a distinctly different emphasis one might compare the seminal essay by James Anthony Froude (1818-1894) on `England’s Forgotten Worthies’ (1852; reprinted in his Short Studies on Great Subjects, vol. i).

Put not your trust in princes, nor in the son of man, in whom there is no help.

[Page 46, line 24 ] walk … by bye-ends Seeming to do one thing while doing another; thus, pursuing secret selfish purposes.

Moab is my washpot, over Edom will I cast out my shoe: Philistia, triumph thou because of me.

And he said unto Jesus, Lord, remember me when thou comest into thy kingdom.

[Page 50 , line4 ] The winds blew, and they were not cf. the Armada medal (for which the inscription was Flavit Deus et dissipati sunt -`God blew and they were scattered’) and Matthew 2, 18:

In Rama was there a voice heard, lamentation and weeping, and great mourning, Rachel weeping for her children, and would not be comforted, because they are not.

Wuth “Gloriana” in Rewards and Fairies in 1910.