Kipling wrote this poem to celebrate President Poincaré’s state visit to London on 24 June 1913. He subsequently used it as the preface to his 1915 booklet France at War.

Kipling’s love of France began when he was a schoolboy, with a visit to Paris with his father, as he records in Something of Myself p. 24:

At the end of my first term, my parents could not reach England for the Easter holidays. For compensation I was given a holiday when my Father came home, and with him went to the Paris Exhibition of ’78, where he was in charge of Indian exhibits. He allowed me, at twelve years old, the full freedom of that spacious and friendly city, and the run of the Exhibition grounds and buildings. It was an education in itself; and set my life-long love for France.

Remembering that holiday, towards the end of his life, in 1933, he wrote:

I returned to England and my School with a knowledge that there existed a land across the water, where everything was different, and delightful, where one walked among marvels, and all food tasted extremely well. Therefore, I thought well of the place.
(Souvenirs of France p.8)

Every January from 1909 until the outbreak of war they travelled by steamer and train to Engelberg or St. Moritz. Then, when John had returned to school, the other three toured the Continent.

Following the publication of his poem ‘France’, putting on record his respect for Gallic civilisation, Rudyard was more than ever a celebrity.

His poem ‘France’ had an electric effect on that country, and even influenced the course of international relations. (He doesn’t say how: Ed.)

The popularity of this poem in France continued after the War. In November 1921 the University of Paris conferred an Honorary Degree on Kipling. Andrew Lycett (p. 688) records that while he was in France, Julia Taufflieb gave a reception for the Kiplings at her house in Neuilly. Mme. Taufflieb [née Catlin] had been a friend of the Kiplings since the two families met on holiday in Bermuda in 1894: 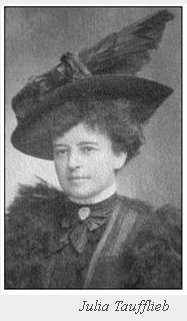 She hired an actor from the Comédie Française to declaim Rudyard’s prewar ode, ‘France’. ‘For days before’, she recalled, ‘I had been pursued by three French translators of the poem, each begging that his version might be the one to be read. I chose Puaux’s.’
(René Puaux, 1878-1937, French newspaperman and translator, published his translation, as “Poème à la France”, in 1917.)

Andrew Lycett comments ‘At the time, Rudyard must have been the most revered Englishman in France.’

Kipling himself must have thought well of this poem. On 23 November 1921 (on the same visit to Paris) he recorded the first seven lines. This recording is included in The Spoken Word Poets, a CD published by the British Library in 2003. The Library gives more details:

Our catalogue lists the recording location as Musée de la Parole (Paris). The recording issued on the CD was taken from a tape containing a copy of either an original or an intermediate version of the recording, apparently borrowed from the Phonothèque Nationale, Paris, which is now part of the Bibliothèque Nationale.

The introduction, the first seven lines (repeated at the end of the poem) depict the nature of the French. Carrington (p, 484) calls it a tribute to the French national character in terms far different from the conventional English view.

The body of the poem traces the joint history of France and England down the centuries since both were part of the Roman Empire, how they have fought time and again and all over the world, till they know each other thoroughly, with respect and even love. Now they look to the future together to keep peace on earth. As Peter Keating puts it (p,163):

The old enemies were now allies. Instead of fighting each other, they would unite against a common foe:

We were schooled for dear life’s sake, to know each other’s blade.
What can Blood and Iron make more than we have made?

Appropriately, this theme was most fully expressed by a Frenchman. Andre Chevrillon (1864-1957) was a friend of Kipling’s. He had visited Batemans in 1909, and they corresponded from then until Kipling’s death. In 1921 he published Trois Etudes de Littérature Anglaise (Three Studies in English Literature) and the first and longest study is of Kipling’s poetry. In 1913, he says (p. 133), Germany had lulled English public opinion to sleep. He continues, in the present tense to convey the urgency: 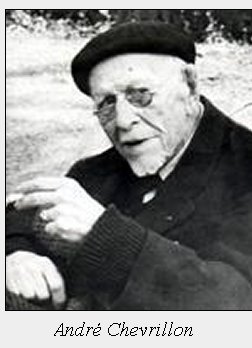 But there are some English who have not stopped watching and warning. And they know that the eleventh hour has struck. In this last year of peace in the world, Kipling no longer speaks to England but to France. In 1913, one thing is more urgent than any other: the alliance, and that both countries should know they are united in a common cause. Not only necessity should bring them together. Under the threat of a new people, they must remember the thousand years they have lived side by side, and what each of the two neighbours owes to the other, in its history, in its civilisation, in its destiny!

This idea is not an invention of the poet. In the face of the malevolence and fierce rivalry of Germany, we have seen it come to birth and develop among the English well before the war. I heard it expressed twenty years ago, at the time of our disagreement over affairs in the Transvaal. “ We take more notice of you,” someone told me, “than of all the noisy German anglophobia. French opinion matters more to us than any other. We have lived so long beside you, you alone of all nations! Even the memory of all our old conflicts unites us.”

That is the theme of the poem to which Kipling gave the one-word title France.

[line 2] Broke: broken in to, accustomed to

Gaul: a Frenchman. From the Latin name for France; see line 9 below. Here the Gaul means all the French. The first two lines may be paraphrased thus ‘ France has become used to every possible misfortune, but has overcome them all by the light sane joy of life which is the shield of all the French.’

[line 4] strength that draws from her tireless soil: cf. Souvenirs of France p.27 ‘But the strength of France is in her soil. If you stood one hundred Frenchmen on their heads, you would find the good plough-mould on the boots of at least seventy-five.’

[line 9] in the womb of Rome: France (Gaul, Gallia) and Britain (Britannia) were both provinces of the Roman Empire in the first centuries A.D.

[line 10] ere men knew our tongues apart:  For some 300 years after the Norman Conquest of 1066, the cultured classes of France and England both spoke Norman French.

wayside Thrones and powers: When fighting for dominance in India in the 1700’s, France and England supported rival native kingdoms.

Daniel Hadas notes: ‘The Wordsworth edition rightly points out that these are “three of the nine orders of angels”. The names go back to Colossians 1.16

‘For in him all things were created: things in heaven and on earth, visible and invisible, whether thrones or powers or rulers or authorities; all things have been created through him and for him.’  [D.H.]

[line 16] tack for tack: keeping pace with each other in sailing, as if in a race.

[line 20] spurred or balked: hurried on or obstructed

[lines 25-27] the call for each other’s arms – the known delight – the other’s …. need and love: Kipling likens their rivalry to a love-affair.

[line 28] open court with our proofs: as if their rivalry were a case to be tried in court.

[line 34] soiled or salted: dirtied or gave flavour to.

[line 35] every clime: every climate – all around the world,

[line 40] that undying sin we shared in Rouen market-place: the martyrdom of Joan of Arc. Between 1339 and 1453 the English and French fought the Hundred Years War. In 1429 England seemed to be winning, and France was technically subject to the sovereignty of the English King Henry VI. Joan of Arc, a peasant girl, inspired as she believed by saints’ voices, came to the French Dauphin (heir to the throne) and convinced him to let her lead an armed force with which she broke the English siege of Orleans. Further successes led to the coronation of the Dauphin as Charles VII. However next year Joan was captured by the Burgundians, sold to their English allies, and put on trial in Rouen for sorcery and heresy. She was found guilty and burnt at the stake on 30 May 1431. (The judgement was reversed in 1456, and in 1920 Joan was made a Saint.)
The French share the blame because the trial was conducted by Pierre Cauchon, the French Bishop of Beauvais, in whose diocese she had been captured.

[line 45] new keels afloat: In the years leading up to the War, Germany built a navy so strong that it challenged England’s command of the sea.

[line 48] Blood and Iron: On 28 January 1886, Otto von Bismarck, the Prussian Chancellor, made a famous speech in which he expounded on the use of “iron and blood” to achieve Prussia’s goals. The phrase came to stand for German militarism.

[line 50] What shall Blood and Iron loose that we cannot bind?: ‘ What can German militarism let loose that we, France and England together, cannot control?’

[line 52] the sword of Brennus: In 386 B.C. at the height of their power as an independent people and 200 years before they were conquered by Julius Caesar, the Gauls captured Rome. They agreed to accept a ransom of 1000 pounds’ weight of gold, but used heavier than standard weights. When the Romans objected, Brennus, the Gaulish chieftain, threw his sword into the scales, saying “Vae victis!’ – “Woe to the conquered!” (Livy The Early History of Rome, Book 5)

[line 53] wheeling girth to girth: like horse-riders close side by side.

[line 54] Together: France and England are strong enough to keep peace on Earth.