First published in the National Observer on November 22nd 1890. The poem is listed in ORG as No 476.

A cavalry trooper describes how, to his great sorrow, he lost his mate and many other fellow soldiers, in an attempt to ford the Kabul river in the dark, during the Afghan War of 1878-1880. The incident would almost certainly have faded into obscurity had Kipling’s poem not kept it in the public mind over the years.

This is a question-and-answer ballad in the manner of the sea-shanty ,”Billy-Boy” and Kipling’s “Danny Deever” and “The Widow at Windsor“. 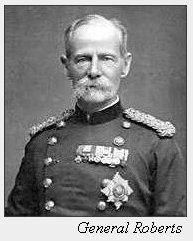 The British had always been nervous of a possible threat by the Russian Empire to British India. In 1878 the Tsar had sent a diplomatic mission to Kabul. When the Amir of Afghanistan refused to accept a British mission, the British sent a force of 50,000 men to invade. After a number of reverses General Roberts was successful in defeating the Afghans and occupying the country. It was agreed that the British would in future control Afghan foreign affairs, thus excludng the Russians, and the British forces were withdrawn.

The Kabul River incident is described by a historian of the 10th Hussars:

The 10th Hussars were part of General Roberts’ Kurram Valley Field Force. They left camp at 9.30 p.m on 31 March, and turned east out of Jalalabad to cross the Kabul river at Kalai Sak, roughly two miles from camp. They had to use the ford there, as a trestle bridge, constructed by the British near Zangui, had recently been dismantled in expectation of rising waters from the melting mountain snows.

Often at a ford, the route would be staked out, but sensitive to local villager’s requests, none were planted. With each man tending to stray slightly downstream a few inches off the man in front, by the time the baggage mules were in it is possible they were actually treading water and were way off course.

The Hussars blindly went into into the deep, horses panicked and turned, weighed down heavily with packs and saddles. The men fared no better with their heavy riding boots, full ammunition, swords and carbines slung over their shoulders, kicked by the flailing animals and in water up to fifteen feet deep. Powerless, they were carried off into faster waters and eventually into rapids where, exhausted, many of them couldn’t fight against the river and rocks.

Back at camp the alarm was raised when several riderless horses galloped in, dripping wet. Altogether nineteen bodies were recovered out of forty-six lost, and thirteen horses were also drowned.

While in India, only five years later, Kipling may well have encountered one of the soldiers who were nearly swept away. In 1895 on holiday in Bermuda, he met a sergeant of the Royal Berkshire Regiment, who told him of another disastrous action during the Afghan War, at the Battle of Maiwand. See our notes on
“That Day”, another Barrack Room Ballad. 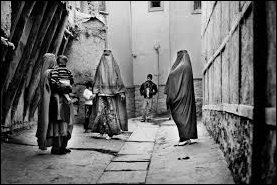 Ford o’ Kabul River. The ancient city of Kabul, capital of Afghanistan, has been the subject of power struggles throughout its history because of its strategic location. From Alexander the Great to the Mughal King Babur, it was ruled by many different dynasties..

mate in this context, best friend. See the verse “Follow Me ‘Ome”.

trumpet used by cavalry for passing orders, the infantry used the bugle which is mentioned instead of ‘trumpet’ in some editions.
.

squadron generally two troops but may vary in some regiments; around 120 men. See Verse 6 below.

strewth a slang version of “God’s Truth”. Many old and current English swear words refer to things sacred to Christians, eg. ‘bloody’ (By Our Lady) or ‘sblood !’ (God’s blood). .

crossing-stakes timbers driven into the bed of the river to show the line of a ford.

threshin struggling through the water. Kipling also uses expression in ‘The Ballad of the Bolivar‘, ‘The Feet of the Young Men‘, ‘The Rowers’, and ‘The Three-Decker‘,  [D.H.]

boots will pull ’em under the cavalry wear heavy riding-boots which would indeed pull them under the water.

troop probably a captain, two subalterns, a troop sergeant major, a trumpeter, a farrier, a shoeing smith, three sergeants, four corporals, and 57 troopers. (62 when in India).
[Strength, Composition, and Organization of the Army of Great Britain (1866/67), by Captain Martin Petrie, p. 42.]