This poem was published in the Civil and Military Gazette on 13 December 1886, with the headings:

‘The Hills Exodus is wrong in principle.’ Calcutta Press
‘The Exodus question is to the Calcutta Press as a red rag to a bull.’ Press of Upper India.

The poem was unsigned but is authenticated by inclusion in Kipling’s Scrapbook 3 of his own press cuttings in the Kipling Papers at the University of Sussex Special Collections. It was not collected by Kipling, but to be found in Rutherford (p. 349) and Pinney (p. 1835). 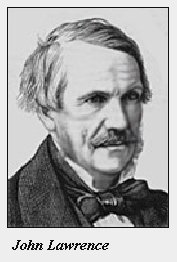 Sir John Lawrence, Viceroy of India from 1864 to 1869, had decided to move the administration the thousand miles (some 1750 km.) from Calcutta to Simla in March/April for the ‘Hot Weather’, and back in October when the Plains grew cooler.

Ever since, every year the Government of India left Calcutta for Simla at the start of the hot weather. The mercantile community remained in Calcutta throughout the year and saw no reason why the Government should not do the same. It deplored the additional costs incurred, and argued that in Simla the Government was out of touch with India as a whole. The Exodus first took place in 1864; twenty years later in Kipling’s time the matter was still hotly debated at public meetings and in the Press; but Government practice did not change.
See “A Tale of Two Cities” in Departmental Ditties.

A journalist dies and goes to Sheol (the Hebrew name for Hell). For a time he rests, but then the Question arises again: it is wrong for the Angels to stay in Heaven when Sheol was made to be the seat of Government. When he has served his sentence, he is admitted to Heaven, but prefers to keep his grievance and return to Sheol, where he continues to argue the Exodus Question to the end of Time.

Shiloh A mythical place of peace, mentioned in the Old Testament, in Genesis 49, v. 10.

Capuan playground one of Anglo-India’s nicknames for Simla. In Roman times Capua was famous for its wealth and luxury.

Dives the rich man in the New Testament (Luke XVI. 19-26.) He called to Abraham from Hell, asking him to send Lazarus from Heaven to give him water to ease his torment, only to be told that there was a great gulf fixed so that the inhabitants of one could not pass to the other. Kipling neatly makes Dives refer to roadways and water supply. 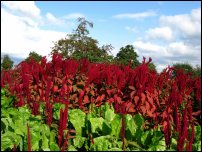