The poem was first published in May 1893 in English Illustrated Magazine, as the last of the seven poems which form “A Song of the English” (ORG 564-585). Written for the opening of the Imperial Institute, Kensington, London, “The Song of the English” was published by Hodder and Stoughton as a separate hardback in November 1909, with illustrations by W. Heath Robinson. (see above)

This was the final poem in “The Song of the English”. The earlier poems are:

This concluding poem in the series looks out from England around the world at the Empire, which at that time was at the height of its confidence and power. It follows “The Song of the Cities” which celebrates the cities of the Empire. “England’s Answer” is an unashamed assertion of the civilising virtues of the English race, and the ties of blood between the people of British origin in Canada, South Africa, Australia, and New Zealand, their manners, their habits, their human qualities, which in the mother country have not changed over the centuries. These ties, the poet insists, will enable the imperial family to stand together strong against adversity.

The principles which led to Dominion Status had been developing since the 1860s, enabling former British colonies to govern themselves as independent states, but there are hints here of the lively debate which was current in the 1890s about future trading and political relationships and imperial defence. [See “The Vortex” (1914) ]

The poem sequence was probably written after August 1892 when Kipling and his newly married wife Carrie settled in Vermont, in New England. Before his marriage he had visited South Africa, Australia and New Zealand, before returning to India for the last time. On his honeymoon he saw something of Canada, before travelling on to settle in New England. “The Song of the English” was collected in The Seven Seas (1896), a collection which reflects Kipling’s developing view of the relationship between Britain and its dominions, since his early years in India.
David Gilmour (p. 108) suggests that Kipling:

… had not exhausted his interest in India and the British Army: a third of the book is devoted to another series of ‘barrack room ballads’ … But by consigning the ballads to the end of the book, Kipling accentuated a change of emphasis. Mulvaney was giving way to McAndrew. The barracks were ceding priority to the shipyards. India as the focus of his imperialism was losing out to an older vision of empire, expansion by sea and by ruling the waves.

Peter Keating (pp. 99-101) writing a hundred years after Kipling, when the world-wide Empire was a distant memory, notes that when The Seven Seas was published in 1896, its solemn air of commitment to a great purpose is taken up immediately in “A Song of the English”:

It had been written three years earlier to mark the inauguration in London of the Imperial Institute, and first published in the English Illustrated Magazine, May 1893 …The importance he attached to this poem is apparent not only in the message it carries, but also in its ambitious structure which consists of seven interconnected “songs”, several of them subdivided into separable units.

The first response, in turning from Barrack-Room Ballads to “A
Song of the English”, is shock at Kipling’s pomposity and loss of poetic inventiveness…The initial mood of prayer, absurdly undercut by Kipling’s own God-like interjections, portentous italics, exclamation marks, and religiosity, serves only to make the shameless boast that the English are God’s chosen people, destined to rule the earth.

Kipling was, of course, expressing, in rolling Old Testament language, ideas which were common currency among late-Victorian writers and their readers. See also Kipling’s later poems “Recessional” (1897) and “The White Man’s Burden” (1899).

See also Jan Montefiore’s essay  “Kipling and The Seven Seas“ in which she traces the formal influence of the public poetry of Swinburne, in particular his “Songs before Sunrise”, on Kipling’s “Song of the Cities” and relates “A Song of the English” to his evolving view of the Brirish empire.

[Line 1] The Blood in this context an important blood-line of ‘well-bred’ people, implying that the men from what used to be the Empire are as good as the native English. This later proves to be rather a back-handed compliment when one reads “The Islanders” written some ten years later in 1902, which does not look upon Englishmen with much favour. After the South African War Kipling evidently decided that there was more to be hoped for from Canadians, Australians, and New Zealanders.

[Line 17] Armageddon According to prophesies in the Book of Revelation in the New Testament, Armageddon is the location of a gathering of armies for a final battle during the end times.

Pillars do not fall An echo of the story of Samson pulling down the pillars of the Temple in the Book of Judges in the Old Testament. (Judges 16,29-30.) 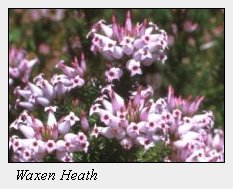 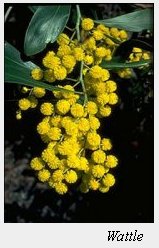 [Line 19] the three-fold knot … the nine-fold bands  Daniel Hadas suggests: I suggest that the threefold knot is England, Scotland and Ireland.  The Wordsworth edition identifies the nine-fold bands as Canada, Australia, South Africa, New Zealand, India, the West Indies, Newfoundland, the Tropical Dependencies in the East, and the South Sea Islands. [D.H.]

[Line 22] Maple-leaf Acer a genus of trees or shrubs, includes maple. in the Sapindaceae family. The national emblem of Canada.

See also “The Flowers” (1896) also collected in The Seven Seas for more emblematic plants from around the Empire.

[Line 28] Baulking hesitating or being unwilling to accept an idea.