This poem was published in the Civil and Military Gazette on 9 October 1886, with the signature ‘K.’ and the heading from the Pioneer of 25 September:

Is it or is it not true that the hon’ble Mr. H.E.Sullivan has violated the covenant of his order? His honour has been called in question. Yet he moves not.

It was reprinted in the Pioneer on 11 October 1886. The Pioneer was the senior sister paper to the Civil and Military Gazette, and Kipling was transferred to work for it full-time in 1887. The poem is included in Scrapbook 3 of Kipling’s own press cuttings in the Kipling Papers at the University of Sussex Special Collections.

The poem is a cutting frontal attack on the integrity of one of the most senior Government officials in southern India, Mr H E Sullivan, accusing him of mismanagement and corruption. He has been asked by a court to explain his behaviour. He must do so. It was a powerful expression of Kay Robinson’s campaign to raise the profile of the CMG. See also “A Logical Extension”.

Although Kipling did not include the poem in any of his collections, he liked it enough to use it as the basis for the beginning of “Cleared”, published in 1890 and collected in Barrack Room Ballads. The first line of that only differs by one word, and the parallels continue to the end of the second verse:

Help for a patriot distressed, a spotless spirit hurt,
Help for an honourable clan sore trampled in the dirt!
From Queenstown Bay to Donegal, oh, listen to my song,
The honourable gentlemen have suffered grievous wrong.

Their noble names were mentioned—Oh, the burning black disgrace! —
By a brutal Saxon paper in an Irish shooting-case;
They sat upon it for a year , then steeled their hearts to brave it,
And “coruscating innocence” the learned Judges gave it.

Rutherford (pp. 331 and 338) gives the background to the affair from the files of the CMG and Pioneer:

Through the summer of 1886 the Pioneer ran a series of articles on what it described as “The Madras Scandals”. These centred on the charge that Mr H.E. Sullivan, the Senior Member of Council in Madras, had been guilty of serious malpractice, and that Mr Crole, the Collector of Madura (now Madurai), had been victimised because of his attempt to draw attention to the case.

The scandals and the Pioneer’s denunciation of them had now come to a head. Mr Crole had been suspended from his duties without pay for insubordinate behaviour and intemperate language towards the Governor of Madras. His place as Collector of Madura was taken by a Mr Garstin, who had since been robbed and beaten in a dacoit attack. In the trial of suspects it was suggested that Mr Crole had been in part responsible for instigating the attack. Crole’s barrister, a Mr. Norton, had denied this and suggested in turn that it was a report initiated by Mr Sullivan as part of his vendetta against Crole.

The affair had begun with Crole’s denunciation of what he saw as corruption among officials in Madras. Members of the Indian Civil Service had all signed a covenant which forbade them to own landed property in India or to engage in business transactions on their own behalf. Crole maintained that these terms had been violated by Sullivan, who was said to have acquired a tea plantation known as Richings. Sullivan denied this, claiming that he had bought the property for his son and that he himself had no interest in it. 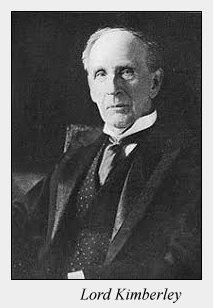 When the whole matter was referred to Lord Kimberley, the Secretary of State for India in London, he ruled that Sullivan did have an interest in the estate, that Crole was right to raise the matter, that his intemperate language merited punishment but nothing so severe as that imposed, and that he should be reinstated forthwith in a comparable position, without any loss of pay or pension rights. 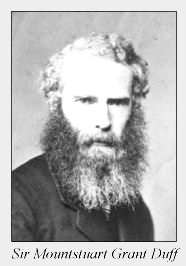 There was a feeling that even now Sullivan was being protected by friends in high places: he was the right-hand man of Sir Mountstuart Elphinstone Grant Duff, the Governor of Madras.

However, the fear that Kipling expresses in verse 5, that Sullivan might act as Governor after Grant Duff’s departure, proved unfounded. Sullivan left for England to explain himself as best he could to the Secretary of State, and retired three years later.

Despite Kipling’s later tales of devoted and effective young administrators working in their districts in punishing conditions, David Gilmour (p. 76) stresses that at this time his attitude to the Indian Civil Service was far from deferential.

Some of his fictitious officers were admirable, but others were pedantic bureaucrats, impractical theorists (‘over-engined for the beam’) or social hazards (‘like unto a blandishing gorilla’). In his newspaper articles he denounced officers who appeared to have fallen below the Service’s high ethical standards through involvement in business transactions.

The little CMG had, at its service, an increasingly powerful and confident voice.