[Page 255, line 2] a nursery-book probably Johnnykin and the Goblins (1877) by Charles E. Leland which contains a character called ‘Wee Willie Winkie’. The nursery-rhyme of the same name was first published in Whistle-Binkie: a Collection of Songs (1841) by William Miller (1810-72);

Wee Willie Winkie runs through the town
Upstairs and downstairs in his night gown,
Rapping at the window, crying through the lock,
Are the children all in bed ?
For now its eight o’clock. [Haughton]

[Page 257, line 16] ’sputter-brush’ sputter – emit with spitting sound (O,E.D.) in this context, a shaving-brush. Probably a combination of ‘spatter’ and ‘splutter’.

[Page 258, line 26] marplot As the word implies, one who defeats some design by meddling, like Sir Oliver Martext in Shakespeare’s As You Like It.

[Page 261, line 1] Old Adam O MERCIFUL God, grant that the old Adam in this child may be so buried, that the new man may be raised up in him. Amen.
The Ministration of Publick (sic) Baptism of Infants, to be used in the Church, in The Book of Common Prayer. Adam, as the head of unredeemed man, stands for “original sin”, a theological term which much worried the churchmen who felt that man was incapable of moral good, a theory which, over the years, seems to have some truth in it.

[Page 261, line 9] the light of his father’s countenance This phrase is borrowed from the Bible. Psalm 67 has:

‘God be merciful unto us, and bless us: and shew us the light of his countenance.’ 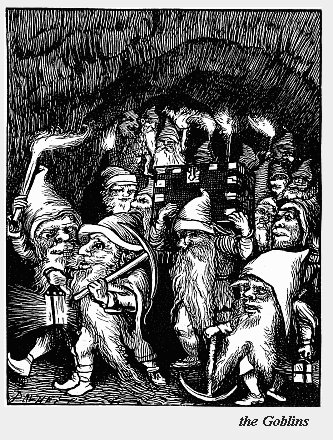 The story, in which a princess is recued from some wicked goblins by Curdie, the valiant miner’s son, was serialised in Good Words for the Young, finishing in June, 1871.

The “big blue book” would have been the bound Volume 3 for that year. [See Kipling and the Children, Roger Lancelyn Green (Elek, 1965)]

[Page 263, line 6] twelve-two twelve hands and two inches – a ‘hand’, in this context, is four inches, so the pony is four feet, two inches tall at the shoulder.

[Page 263, line 7] a Waler a horse imported from New South Wales or elsewhere in Australia. Highly regarded as a saddle-horse and much in demand as a cavalry remount in India.
[Caroline Silver, Guide to the Horses of the World (Treasure Press, 1976), p. 105]

[Page 263, line 28] khaki Hindi, from the Persian khak – earth or dust – a light drab or chocolate-coloured cloth adopted by the army from about 1857-58 onwards. (Hobson Jobson).

[Page 267, line 1] Sahib Bahadur from the Persian, meaning ‘champion’, ‘hero’, ‘great lord’, here used sarcastically but often used to children. In “The Tomb of His Ancestors.” (The Day’s Work) Chinn was addressed as ‘Little General Sahib’ when he was a child.

[Page 268, line 8] Spoil-five a card-game drawn or spoiled if no player wins three out of five tricks.

[Page 268, line 18] nullahs watercourses – not necessarily dry, but usually assumed to be; from the Hindi ‘nala’,

[Page 269, line 4] pulton Hindi palton, a corruption of Battalion, possibly with some confusion of platoon. The native word for native infantry and never, according to Hobson-Jobson, applied to European regiments.

[Page 270, line 1] pukka an all-purpose word with many meanings, from the Hindi pakka, meaning ‘ripe’, ‘well-cooked’, ‘mature’ and so substantial, permanent, and in this context the real thing.