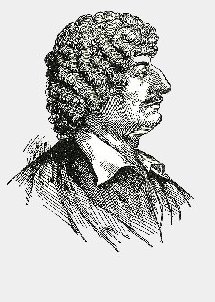 “Herrick” Robert Herrick (1591-1674)  graduated at Cambridge and became a member of the ‘Sons of Ben’, a group which admired the works of Ben Jonson.

Taking holy orders in 1623, he became vicar of Dean Prior in Devonshire, but lost his position during the Civil War between the King and Parliament (1642-1649). He wrote the memorable lines:

Gather ye rosebuds while ye may,
Old time is still a-flying :
And this same flower that smiles to-day
To-morrow will be dying…

[“To the Virgins, to make much of Time”]

The Muse among the Motors shows that
he has an extensive knowledge of “The Hesperides”, no other
verses are alluded to at all. “To Motorists” is written in a
form – the tetrameter couplet – used even more frequently
by Herrick than by Jonson, and often, as here, in groups of
five. It contains the required classical reference and employs
several of the more striking words in Herrick’s poetical
vocabulary. “Jocund” occurs in “And end decree’d,” and,
more notably, in the postscript to “The pillar of Fame” … Moreover, the whole attitude of the poem, with its jocular condemnation of the motorist, is such as we might expect Herrick to take:

“To Motorists” represents one side of Herrick’s personality
adequately, but it overlooks a theme very common in his
work – the fleetingness of time … This theme Kipling has embodied in “Cities and Thrones and Powers,” the prelude to Puck of Pook’s Hill.

The poet addresses motorists and observes that they sully their surroundings with fumes, while their protective clothing gives them a ghastly appearance.

[Line 1] distemper a word of several meanings, including a morbid state of body or mind, disease, disorder etc. Motorists were seen as a disgusting crew by those who opposed the use of cars on the roads of England.

[Line 2] Sweet Herè Perhaps Hera, the Queen of the Gods in Greek mythology.

[Line 6] beshrouded ‘neath a mask early motorists often wore large goggles like a mask, to protect their eyes from the white dust and flying gravel that were common in the days before tarred roads; the dust would give them the pallor of corpses.

Janet Montefiore points out that this could have a cross-reference to ‘Gloriana’ in Rewards and Fairies (p. 32): ‘Her face was half covered by a black silk fringed mask, without goggles. And yet she did not look in the least as if she motored’.

[Line 7] goblin a fabulous personage of curious and grotesque appearance who, according to legend, lived in corners of houses or cracks in trees.

[Line 7] gluey The motorist would have worn gloves, sticky with dirt and dust.

[Line 10] though y’are quick, that ye are dead ‘Quick’ in this context means alive. Though motorists moved swiftly, they looked like corpses, and may also have been dead to the countryside around them.

Thw phrase is an echo of 1 Peter 4, which includes: ‘Who shall give account to him that is ready to judge the quick and the dead’. The expression is repeated in ‘The Apostles’ Creed’ in The Book of Common Prayer of the Church of England.