The occasion of this speech was a dinner at Linnner’s Hotel, Hanover Square, London, given to Sir William Gowers on his receiving a knighthood, Gowers (1845-1915), a physician noted for his work on diseases ol the nervous system, was also an eager advocate ol a system of shorthand (phonography) to aid doctors in writing their diagnoses. He had founded the Society of Medical Phonogra-phers to further the work.

He and Kipling were probably acquainted through their membership in the Savile Club. Gowers’ biographer makes the suggestion that Kipling consulted Gowers about the symptoms of syphilitic degeneration described in “Love o’ Women” (Macdonald Critchley, Sir William Cowers 1845-1915, London. 1949, 55). As Kipling wrote to his Vermont friend. Dr. James Conland: 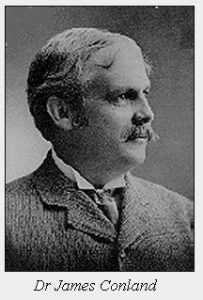 Gowers is the deuce and all of a specialist: but 1 believe he is simply a maniac on shorthand as a means to help Doctors put down their diagnoses. 1 [didn’t] think much of the outfit till I was asked to get up and make a speech. Pulled through somehow and in the middle of this festive spread with electric lights and waiters and plush and flumdiddle I suddenly had a vision of vou with vour nose inside your collar whipping along the Gull road in hall a blizzard [part of line erased] out Chesterfield way. I [didn’t] go out of my way to do it—for my speech was about doctors all the world over—but somehow or other I found myself describing a country doctor’s life in America [lines erased] I wish you could have heard it
(17-18 December 1897: Letters, II. 329).

A newspaper account of the dinner adds the detail that at the conclusion ol the speeches “Mr. Kipling recited his poem ‘Mandalay,’ which was enthusiasti¬cally received” (Daily Mail, 27 November 1897).

MR. RUDVARD KIPLING, in reply, said he was afraid he had to invite their attention to a marked case of nervous collapse because he did not know when he came there that this sort of lecture was to take place, and he saw from the list of guests that there were about forty doctors present. When he was in India and they saw forty doctors together it generally meant a big campaign and a lot of trouble.

He would now make the confession that but for the infinite mercy of Providence he would have been a doctor, for when he was about the age that Sir William Gowers had referred to, he was intended himself for the practice of medicine, and he went so far that he got hold of an interleaved crib of Caesar, which cost him sixpence. After a little time devoted to Caesar he gave up the idea of entering the medical profession. But he was allowed, though not on the strength of Caesar, to play about on the outskirts of St. Mary’s Hospital at Paddington, where he picked up a great deal of that half-knowledge which in medical matters was such a dangerous thing.

It was one of the proudest things in his life that he had been associated with these real fighting men in their everlasting conflict against disease, dirt, filth, and corruption of all possible kinds. But if he might obtain forgiveness, he must draw the line at the praise of phonography. He knew that that was not the place nor the company to do this, but Sir William Gowers had said somewhere it was good for the nerves. Now it was not. He had tried it, and it led to incipient inflammation of the brain, the earliest symptoms of locomotor ataxy, paralysis, and one or two other things: and the trouble about it was that it was more or less like medi¬cine, because, it might he remembered, someone in their profession—Esculapius or Sir William Gowers or somebody said a diagnosis was not worth a rap till it had been confirmed by a post-mortem examination.

It was the same with his phonography: he was perfectly splendid in the diagnosis, he could write a considerable amount of phonography, but when he came to the post-mortem—that is to say, when he had to translate six or eight hours later what he had taken down in shorthand, it was—well, not a success. Moreover he had just taken the opportunity of asking Sir William Gowers how he wrote his name in shorthand, and he had given him an idiograph that looked remarkably like a dissolute Japanese dog. He had unbounded respect for the gentlemen present, and he had great appreciation of the kindness they had done him that evening, but he would be shot if he would write “Sir William Gowers” like a dissolute Japanese dog.