The dinner, held at the Trocadero, was in honor of Albert Sarraut (1S72-1962), French Minister of the Colonies, but Kipling’s speech was to the health of the chairman of the African Society, Sydney Charles Buxton (1853-1934), first Earl Buxton, who had been Governor-General of South Africa, 1914-1920, and was President of the African Society, 1920-1933.

In his speech, Sarraut had said that in their colonial administrations the English had more “respect for local institutions” than did the French, who held to the “logic of principles.” “You, in sum, wish the races to place themselves in a condition to make their own happiness; we wish ourselves to make their happiness, urgently and with authority”.
(Journal of the African Society, XXXII [July 1933], 226-27). 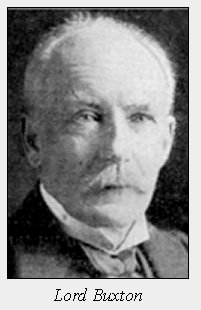 It is my honour to propose tonight the toast of a man who knew and administered and loved—which do not always go together—a vast section of that Africa, that gigantic Africa, which almost everyone of us here knows some part of for some reason or another. It may be for success, or adventure, or even misery, or the ordinary business of making bricks without straw, in which the French and English technique are absolutely identical, we all love Africa.
Lord Buxton, one part of his work accomplished, devoted himself to the interests of a Society where at times we can gather together and some of us put on the garments of civilisation and others deeply regret that de-civilisation to which they may not return, and for a little while remember that however bad the brickfields were at least some of us tried to do our duty by them.

Lord Buxton, we thank you for your work for the Society and for having brought us into sympathetic contact with an eminent and logical and philosophical administrator.
The health of our Chairman!
—Journal