Mrs. Kipling made the Maple Leaf Clubs for Canadian soldiers one of her special concerns during the war, and Kipling’s speech on the occasion of opening the club in Charles Street, Berkeley Square, was a contribution to her work.

Kipling’s brief speech was in reply to one by Sir Robert Borden, Prime Minister of Canada, 1911-1920, thanking especially the women for their work. 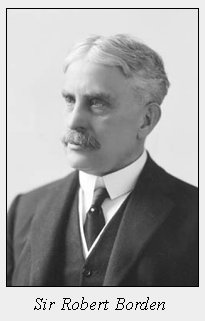 Mr Rudyard Kipling said it was extremely pleasant to know that Sir Robert Borden, with his knowledge of Canadian needs, was of opinion that the Club of the Maple Leaf promised to be useful. Like everything else in this war, it was created to fill a gap.

When a man was wounded he went to a hospital, and the hospital looked after him. When he was convalescent he went to a convalescent home: but in the interval between the convalescent home and his return to the front it was difficult, cruelly difficult sometimes, for a man who could not go back to his own people to find a home where he could be at ease and meet his friends. That was what, as far as possible, the club aimed to supply.
—The Times, 4 August 1915