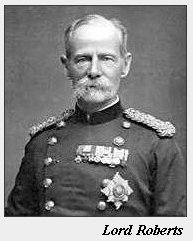 This was a late episode in the campaign for national service, an open-air meeting at Burwash. As Kipling wrote to his son John, Lord Roberts, the president ol the National Service League, had himself asked Kipling to make a speech:

“Lord Roberts asked me and as 1 want to keep solid with him for tjour sake you ungrateful little devil, 1 agreed. Twasn’t a bad meeting and 1 always like speaking to a crowd in the dark. But I thought of you and was brief'”. (Thomas Pinney, Ed., Letters vol 4, p. 200). 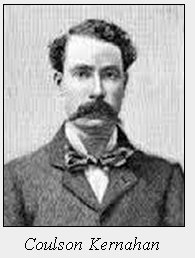 The Times took the occasion of Kipling’s speech to publish a leader on the question o( national service, arguing that it must soon come (26 September 1913).

Coulson Kernahan, a journalist, novelist, miscellaneous writer and fervent admirer of Kipling, had taken up work for the National Service League, he said, because of Kipling’s writings. Neville Edwards was an organizing Secretary of the League.

IT IS LUCKY for me, ladies and gentlemen, friends and neighbours, and it is luckier for you that the Chairman at this meeting does not make a speech. His business is to introduce the speakers. I have great pleasure tonight in introducing Mr. Coulson Kernahan and Mr. Edwards on behalf of the National Service League, who are here to give us arguments in favour of a system of national training for the young men of England.

To show you that I am a perfectly impartial Chairman, I may as well tell you that I have not heard their arguments yet, but I strongly support them, and I sympathize with them in the difficulties of their task, because it is almost as impossible to make people who have never known invasion realize what invasion is as to make a man realize the fact ol his own death.
The nearest a man can come, in imagination, to his own death is the idea of lying in a coffin with his eyes shut, listening to the pleasant things he thinks his neighbours are saying about him; and the nearest that a people who have never known conquest or invasion can come to the idea of conquest and invasion is a hazy notion of going about their usual work and paying their taxes to tax-collectors who will perhaps talk with a slightly foreign accent.
Even attempted invasion does not mean that. It means riot and arson and disorder and bloodshed on a scale that a man can scarcely imagine. To himself it means disorganization of every relation ol life and every’ walk of business, from the highest to the lowest, and the more elaborate the civilization the more awful will be the disorganization—in other words, what the Balkan States can stand for twelve months, and still breathe, would knock us out of time in six weeks.
It seems to me that if there is a reasonable chance—and I think there is—of such a catastrophe overtaking us, we ought at least to take reasonable precautions to make any attempted invasion so exceedingly unpleasant to go on with, that no enemy would think of facing the risk.
As things stand at present, we have neither the men nor the means, nor the organization, nor the will, to produce such results.

That is why those of us who think go about in fear and doubt. It is why those of us who do not think are full of silly boastings one day, and of blind panic the next. It is why we have no security inside or outside our borders. It is why we tell each other lies to cover our own fears, and vet know all the time that our lies are useless. In this matter, we must take refuge behind no paid Members of Parliament. The power to change this wasteful state of affairs lies in the hands of the people of England. The responsibility is ours, and the punishment, if we persist in our folly, in our fraud, and in our make- believe, will fall, not only upon us, but on the third and fourth generation of those who have betrayed their country.
—Coulson Kemahan, ‘Nothing Quite Like Kipling Had Happened Before’: Some Little Memories of a Great Man, London: The Epworth Press, 1944.