First published in the London Magazine December 1929 (Stewart and Yeats) and collected in Limits and Renewals (1932) in association with “The Miracle of St Jubanus”. Also collected in Inclusive Verse (1932), Definitive Verse (1941), the Sussex Edition, and the Burwash Edition. It is ORG verse number 1212.

This “Song” is a kind of rhapsody, quoting more or less haphazard places and regions of France (and shortly of Spain) that a powerful car made it possible to visit and see, starting from Calais, in the times just after WW1. Kipling himself made a series of such journeys; see The Motoring Diaries in the Members area of this site, 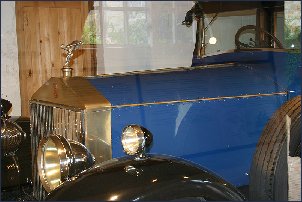 [Title] Horses ie ‘horse-power’ (HP), a unit of power once used to indicate the power output of a car or other engine, now not very widely used except in America. Webster’s Dictionary defines one horse-power as the ‘power required to raise 33, 000 pounds at the rate of one foot per minute’.

[Verse 1, line 1] car-trays this was before ferries had ramps for access and exit.

[Verse 2, line 1] throat-closing brick fields extracting and processing clay for brick-making from the soil generated a lot of dust. 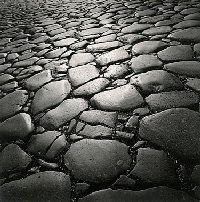 [Verse 2, line 1] pavées This simply means ‘cobbled’, a tough irregular road surface made of small ‘cobble-stones’. The roads were cobbled early in the North of France, since sugar beet became a principal crop, requiring horse-drawn heavy carts at harvest in the heavy loam soil in rainy autumns.

[Verse 3, line 1] Argonne The Forest of Argonne is a long strip of rocky mountain and wild woodland in north-eastern France.

[Verse 3, line 3] hewn from the cliff in limestone country, where rivers carve valleys with vertical cliff sides, dwellings and storehouses can be hewn in the rock and inhabited.

[Verse 3, line 4] torrents alluding to the use of fast-flowing water and dams for generating electricity, and of the fact that this cheap power was liberally used at the time.

[Verse 4, ] gale, etc the coast of Spain and France up to the Gironde estuary is prone to tempests from westerlies.

[Verse 5] this area is not precisely defined, probably the Dordogne area, which is still a favorite region to settle and holiday in for the British.

[Verse 6, line 1] Massif the “Massif Central”, that large highland expanse in the middle of southern France.

[Verse 6, line 2] gentians conspicuous labiate plants, mainly in two kinds of species, a short blue one, the other tall and yellow (root used for apéritif flavouring)

[Verse 6, line 3] turbaned snow the section of the snow accumulated by, for instance, snowploughs, exhibits its horizontal layering stained by dirt between snowfalls, giving it a look of the folds of a turban.

[Verse 6, line 5] icicles ice stalactites, hanging from leaks in the vault of the tunnels and frozen by the draught of cold air.