This letter first appeared in Nash’s Magazine under the title “Cairo, Sorceress of Cities” and in the Cosmopolitan under the title “Egypt of the Magicians III”. In Nash’s there are two illustrations by Fortunino Matania. In both magazines there is a heading, without title, of two four-line verses, later collected as “The Oldest Song” (ORG Verse No. 1,006).

Kipling is still in Cairo. He comments on the filth and neglect of the streets, surely not an encouragement to the tourists. But he reflects that administration is hampered by the complicated web of rights and relationships established because of Egypt’s peculiar international status. Her multiplicity of conflicting interests and communities give many the right to challenge authority, and it is not easy for the British to get things done.

At an elegant dance he sees some of this complexity, noticing the differences between the tourists, the officers and administrators, and the local people of Cairo, moving easily between different worlds, and speaking in many tongues. He finds the streets easier to understand, with delightful sights and smells and encounters, which remind him of the Arabian Nights, or of Lahore in the Punjab, where, as a young journalist, he would wander by night after his work was done. See “The City of Dreadful Night” in Life’s Handicap.

Finally he visits several mosques, including al Azhar at the University of Cairo. Since early days in the Punjab he has felt an affinity for Islam, and this feeling is renewed by the sight of the great University, a thousand yeatrs old, with its many thousand students, who will go forth into the Muslim world to spread the faith. He is left bewitched by ‘Cairo the Sorceress’.

[Page 231, line 7] a dog in some Muslim countries, Christians are referred to contemptuously as dogs.

[Page 231, line 17] “The Capitulations” Capitulations are treaties which confer the privilege of extra-territorial jurisdiction for foreigners. Thus the French capitulations gave the French government the right to appoint consuls who were empowered to judge the civil and commercial affairs of French subjects in Egypt according to French laws.

[Page 232, lines 3-4] meter, arshin, or cubit of Ezekiel Kipling is making the point that the city is plagued by many complicated jurisdictions, using many different and often obscure rules of assessment.

A meter, widely used today, is 100 cm., or 39.4 inches. An Arshin (or archine) is an old Persian measure, once used in Russia, Turkey and elsewhere, of 28 inches or 71 cm. A cubit is the oldest measurement of length that we know, used in ancient Egypt, and referred to in several books of the Old Testament, including Genesis as well as Ezekiel. It is the distance between the thumb and another finger to the elbow on an average person, about 18 inches or 45 cm.

[Page 232, line 19] the disconnected satrapy of a half-dead empire Egypt was still techically under the sovereignty of the disintegrating Ottoman Empire. See the Introduction. A satrapy was a province of the ancient Persian Empire, governed by a satrap

[Page 232, line 20] pecksniffingly an adjective contrived from the name of a character in the novel Martin Chuzzlewit (1844) by Charles Dickens, an unctuous hypocrite called Pecksniff. Kipling is noting that the British position in Egypt is based on an array of diplomatic fictions, in which the formal position does not reflect the true realities of power.

[Page 232, line 21] an Agency In 1882 Lord Cromer, a member of the notable Baring banking family, was appointed by the British Goverment as the first Consul-General and Diplomatic Agent for Egypt. He had the full powers of an Ambassador to speak and act for the British goverment, although, Egypt not being a “foreign” country, Ambassadorial status was not strictly appropriate. His administration and that of his successors was known as the “Agency”, or el Wickala.

[Page 232, line 31] Eton Wall-game A game played only at Eton College, founded in the 15th Century. Its rules are complex and little understood by many British people, let alone Americans. Equally, baseball is a mystery to most of the British.

[Page 233, line 11] pasha a traditional Turkish title, superior to that of Bey, borne by persons of high rank and placed after the name. 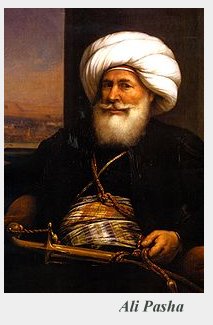 [Page 233, line 14] the Khedive Ali Pasha, who founded the dynasty that still nominally ruled Egypt, called himself ‘the Khedive’, which roughly means ‘Viceroy’, and was later recognised by the Turks. See the Introduction.

[Page 234, line 10] argot Slang, not known to outsiders. The word is French and was formerly used only for the canting jargon of thieves, rogues and vagabonds.

[Page 235, line 9] Young Turks The ‘Young Turks’ were a reformist movement within the Ottoman Empire, which sought to restore national pride, and re-establish the unity of the Turkish empire by welding all its people into a Turkish nation. In 1908, after meeting secretly at Salonika, the Young Turk Committee of Union and Progress forced the Sultan Abd-ul-Hamid to accept the short-lived constitution of 1876, in what became known as the Young Turk Revolution.

[Page 235, line 15] Maruf the Cobbler, Fatima-el-Orra two characters in The Thousand and One Nights. . Fatima was the name of Mohammed’s daughter, and is a common name in Arab legend.

[Page 235, line 24] daunder A Scots word, meaning to walk idly and easily, to saunter in no great hurry.

[Page 236, line 23] kababs or kebabs, grilled meat on a skewer, familiar to the many British people today who frequent Turkish or Greek restaurants.

assafetida (asafoetida) a gum-resin from a plant allied to the giant fennel. In taste it is acrid and bitter with a strong onion-like odour. It is relished as a condiment in India and Persia and is used in France for cooking. In the countries where it is cultivated it is also used as a fresh vegetable.

turmeric comes from a herbaceous plant native to south Asia, used from a remote period as a condiment and dyestuff, and formerly to a limited extent as medicine. It is used in many Indian dishes, and to colour rice. It has a rich yellow colour.

[Page 237, line 7] the shadow on the dial had turned back twenty degrees Kipling had left India twenty-two years before, and had not returned to the East since 1892. The metaphor is based on a sundial, which shows the time as a shadow cast by the sun on a calibrated base.

[Page 237, line 15] Musulmani awadani the phrase implies that a Muslim is at a high stage of civilization.

[Page 237, line 33] the nine sons of Ham In some traditions, the progeny of Ham, the Hamites, were the founders of the black African peoples.

[Page 238, line 5] the University of Cairo One of the great Universities of the Muslim world, with an ancient tradition of scholarship.

[Page 238, line 20] the Koran (or Qur’an), The sacred book of the Muslim faith. Muslims consider the original Arabic text to be the final revelation of Allah (God). It is believed that the Qur’an was repeatedly revealed by Allah to the Prophet Muhammad.

[Page 239, line 20] Private of Infantry there was a British garrison in Cairo at this time.