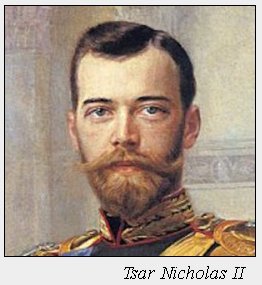 In the war, Russia had been allied with Britain France and Italy, against Germany Austro-Hungary and Turkey, the ‘Central Powers’. There had been hard fighting on the Eastern Front, in which Russia, under the Tsar himself as Commander in Chief, had failed to push back the German and Austrian armies. In March 1917, after big demonstrations in the streets of St Petersburg, calling for bread and an end to the war, the Tsar was deposed. 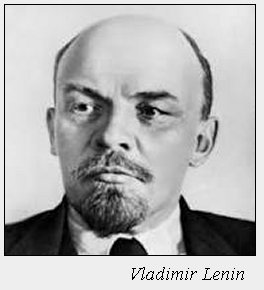 A ‘Provisional Government’ came to power and continued to fight the war, but early in November there was a further revolution in which the Bolsheviks, under Lenin, seized power.

They took Russia out of the war, enabling the Germans to concentrate their forces on the Western Front, against Britain and France, and mount a major offensive in Spring 1918.

Towards the end of November the former British Foreign Secretary, Lord Lansdownr had written to the Daily Telegraph calling for a negotiated peace.

Rudyard dismissed anyone who dabbled with peace proposals as an agent of either the Inquisition or international Bolshevism, as a member of a Jewish conspiracy, or simply as weak and diseased. He marked down as traitors the growing number of British workers who either looked to Lenin for inspiration or who simply hoped for an end to the war…

Pacifists people opposed to violence on religious or other grounds, and who declined to be conscripted into the armed forces, During the war they were often regarded as traitors.

God rest you… the beginning of “God rest ye, merry gentlemen”, a traditional
Christmas carol going back as early as the sixteenth century.

Break ground commence digging, in this context for a mass grave.

host in this context a lot of people – an army.

This kingdom The Russian monarchy, destroyed by Lenin and the Bolsheviks in the Revolutions and Civil War of 1917 – 1922.

For this Kingdom and this Glory and this Power and this Pride  An echo of ‘The Lord’s Prayer; ‘For thine is the Kingdom, the Power and the Glory, for ever and ever’   See our notes  on “The Dead King“.  [D.H.

Pour oil a gesture of sacrifice – a libation to the gods or perhaps assisting the lighting of a fire to cremate the dead.

pyre a funeral fire, on which the body of the dead was burned.

Break bread usually signifies a meal as described in the Last Supper. Mark, Chapter 14 and Matthew Chapter 26 in the New Testament, in which Jesus broke bread with his disciples as a symbol of sacrifice.

yoke a wooden device on the necks of oxen so as to harness them to a wagon or plough, and so a badge of servitude.

Let down by the foot and the head a coffin is carefully lowered into the grave by men with ropes.