The first verse of this marching song of the Roman legionaries, sung by Parnesius, opens the story “On the Great Wall”, first published in the Strand Magazine of June 1906, and McClure’s Magazine for the same month. The story was collected in Puck of Pook’s Hill in 1906 and in numerous subsequent editions of that collection, and in Songs from Books, Inclusive Verse, Definitive Verse, and the Sussex and Burwash editions.

Unlike other poems in the book, which are placed before or after the stories to frame or comment on them, this is part of the tale, with Kipling’s comment ‘the voice seemed very cheerful about it’ in brackets between lines 11 and 12 as the opening words of the story. When it was collected in Songs from Books (1913) Kipling added three more verses, which actually refer more closely to the story, and its sequel “The Winged Hats”. Notes on the Text

The man who is pure of life, and free of sin,
has no need, dear Fuscus, for Moorish javelins,
nor a bow and a quiver, fully loaded
with poisoned arrows.

While I was wandering, beyond the boundaries
of my farm, in the Sabine woods, and singing
free from care, lightly-defended, of my Lalage,
a wolf fled from me.

Set me down in a land denied habitation,
where the sun’s chariot rumbles too near the earth:
I’ll still be in love with my sweetly laughing,
sweet talking Lalage.

Kipling, who had greatly admired Horace from an early age, wrote a cheerfully mocking gloss on this:

To Aristius Fuscus
The Pure and Perfect Bore
Goes scatheless evermore
Arrows and Poison never
Yet destroyed him.
Such is the Mantle thrown
By Dullness o’er Her Own
That, when He sings, the
Very Beasts avoid Him.

So He pervades the Earth
Adsorbed in His Own Worth –
No Tact restrains – no Grace – no Humour move Him.
And yet – Oh Womankind! –
This God’s Own Ass can find
Some long-enduring Lalage to love Him!

[line 5] Eagles the image of an eagle was the standard of a Legion, cherished and revered like the Colours of a regiment in the British Army. [See Rosemary Sutcliff’s story, The Eagle of the Ninth.]

[line 7] Pontic shore The south-eastern shore of the Black Sea.

[Verse 2 line 1 and Verse 3 lines 1 & 2] Via Aurelia that runs from the City to Gaul The great Roman road running from Rome (“the City”) to present-day France and on up the Rhone. The route for troops marching from Rome to Britain. 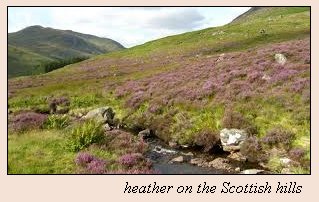 [Verse 2 line 7] his shield was picked up in the heather he has been killed fighting on Hadrian’s Wall. Heather, a low evergreen shrub with small bell-shaped purple flowers, is the dominant plant on the moors around the Wall – ‘that big, purple heather country of broken stone.’ (Puck of Pook’s Hill, p. 173 line 1).

Till the Legions elected him Cæsar,
And he rose to be master of all!

The Legions elected Maximus as Caesar, Emperor of Rome. He crossed over to Gaul, after he had made himself Emperor of Britain, but was defeated by his rival Theodosius, and executed, as is told in “The Winged Hats”.

Parnesius defines a march as ‘twenty-four miles in eight hours – neither more nor less.’ (Puck of Pook’s Hill, p. 169, line 23) A Roman mile was 1,000 double paces (left plus right), about 1430 metres. The Romans had ‘Itineraries’ (Parnesius calls them ‘the Road Book’) listing the distances and halting-places along their military roads. (“A Centurion of the Thirtieth”, in Puck of Pook’s Hill, p. 161 line 16)

See Charles Carrington’s article on Kipling’s use of the Antonine Itinerary in KJ 164 for December 1967.

[line 5] the Eagles obey us the Emperor was Commander-in Chief of all the Legions.

[line 65] go to the Ravens be killed in battle. Ravens are large black birds (Corvus corax) of the crow family, feeding mainly on carrion – including dead soldiers. See Kipling’s poem “The English Way”:

After the fight at Otterburn
Before the ravens came…