[Title] The Burden of Nineveh From the poem of the same name by Dante Gabriel Rossetti, first published 1856.

a beautiful British check-pattern shawl This implies a cheap product of the industrial revolution. In calling it beautiful Kipling is being ironic.

Alexander Alexander the Great who invaded India in 326 BC, an enterprise which failed when his troops refused to go on and he had to turn back.

mortar-board A popular name for the square-shaped college cap worn by graduates. (ORG) The stiff skull cap on which the board was mounted comes down to a point at the back. Named for its similarity to the square board with a handle underneath used by builders to hold plaster or mortar when working.

Tiger Then as now, another symbol for India. 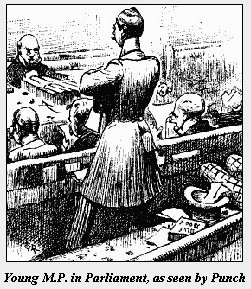 British M.P. British Member of Parliament; not highly regarded as a species by Kipling.

stand-pipes Water provided from a tap on a vertical pipe in the street, one of the first major improvements in an age where most dwellings had no piped water supply. Much more important than the coffee-shops and omnibuses with which they are grouped.

local-option Devolution of power to local authorities to decide certain issues by popular vote within their boundaries. This identifies the M.P. as a Liberal, ‘local-option’ being one of the planks of the Liberal Party platform. Kipling detested the Liberals. 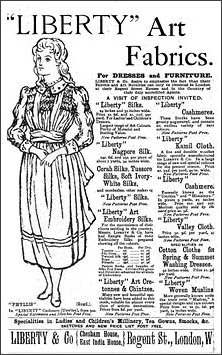 Liberty’s fabrics Liberty is the great store at 218 Regent Street, London, founded in 1875. They were pioneers in marketing oriental and other decorative fabrics in the 1880s.[ORG]

Enlarged Sympathies Increased understanding and tolerance. A much used liberal phrase in the late 19th century.

heathen Late 19th century interest in non-Christian (heathen) populations was mainly with a view to converting them to Christianity, something Kipling was not happy about. See our notes to “The ‘eathen”. 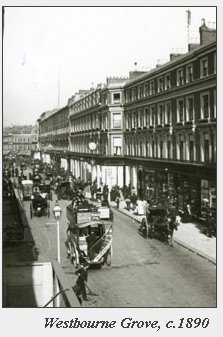 Westbourne Grove Then an affluent neighbourhood of west London, near Notting Hill.

Lac-dye Lac is a resinous encrustation produced on certain trees from the excretion of the lac insect, Laccifer lacca, formerly named Coccus lacca. About 10% of the encrustation consists of a red pigment which can be extracted to give lac dye. The remainder can be refined to provide shellac. Before the introduction of aniline dyes, lac-dye was used in Asia to dye materials for over 2000 years and was known to the Romans.

See Kipling’s reference in “The Eye of Allah” (1926) in Debits and Credits (p. 366 line 5), in which he describes the work of a monk illuminating a manuscript:

The Sub-Cantor looked over his shoulder at the pinned-down sheet where the first words of the Magnificat were built up in gold washed with red-lac for a background to the Virgin’s hardly yet fired halo.

lakhs and lakhs The Lac insect was given the same name as the Hindi word for the number one hundred-thousand, lakh, because it congregates in huge numbers. However, in the colloquial speech of the British in India, it almost universally meant the sum of 100,000 rupees (Hobson-Jobson) so Kipling may be putting a pun into the mouth of the Patient East, implying that she was very, very expensive.

“We drank the midday sun to sleep…” This is from “A Dream of Fair Women” by Alfred Lord Tennyson, but Kipling has altered it, the correct form being:

We drank the Libyan Sun to sleep, and lit
Lamps which out-burn’d Canopus. O my life
In Egypt! O the dalliance and the wit,
The flattery and the strife,‘

His transformation of ‘Libyan’ into ‘midday’ is understandable but writing ‘that outburned’ instead of ‘which out-burn’d’ may indicate that he was working from memory, unless it was a typesetter’s error.

books on grey paper Very cheap editions. In later describing them as ‘pied volumes’, Kipling may have had a particular edition with black and white covers in mind. 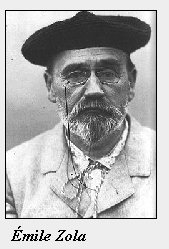 Zola’s novels Emile Zola (1840-1902) was two-thirds the way through the twenty novels of his Rougon-Maquart series on the lives of two families, in which illegitimacy, alcoholism, violence and prostitution were included as part of life in France.

The puritanically-minded considered them to be most unsuitable reading matter, especially for the young. They were favourites of Kipling and the exchange between the M.P. and the Patient East has little to do with India but everything to do with his objection to their suppression. See Critical Reception in the Introduction.

penny-farthing Literally one and a quarter pence, used to indicate something very cheap, or virtually worthless.

woad A plant dye used in Europe in the bronze age and iron age for both dying materials and body painting. It was a popular belief that what were commonly called the ‘Ancient Britons’ (the British before the Romans came) made extensive use of woad. .

noise of her servants going to work In the rest of this paragraph Kipling’s role on the staff of a newspaper serving the Anglo-Indian community comes to the fore, and the list of ‘her servants going to work’ is a role-call of that community, official and commercial, the problems they face and the sacrifices they make, with no mention whatever of Indian participation. This seriously reduces the effectiveness of Kipling’s pleading on behalf of the true Patient East.

tum-tums Indian horsed carriages or carts, an expression sometimes used of the tonga.

prickly-heat A heat rash, also known as miliaria rubra. It is an extremely itchy rash of tiny red spots which develops when excessive amount of perspiration blocks the outlets of the sweat glands. It usually appears around the face, neck, chest and shoulders. A problem common to both adults and children in tropical and sub-tropical climates, particularly during the hot season. [See “Kipling and Medicine”.]

“Ave Imperatrix! Te morituri salutant!” A version of the Roman gladiators’ salute to the Emperor before the games – “Ave Imperator (or Caesar), Moritui te salutant!” (Hail, Emperor! We about to die salute you!”) – but here addressed to the Empress and with an incorrect word order.

muffin-struggles Colloquial term for a small scale social event. A newspaper comment of 1891 shows its use in context:

… the public now-a-days are not satisfied even in church affairs without a material quid pro quo for their contribution. They are not particular what form the same may take – a concert, ball, picnic, social, lottery, or muffin struggle – only let it be something tangible and they are pleased.

antimacassar A small cloth placed over the backs of chairs. The name comes from macassar oil, a dressing for the hair so commonly used in the 19th century that Victorian housewives covered the backs of their chairs with these washable cloths. It is used here as a symbol of house-proud fussiness.

carpet-bag A final dig at the fleeing M.P. by linking him to a carpet-bag, a large, stout grip made from carpet material, which after the American Civil War (1861-1865) came to be associated with “carpetbaggers”, a derogatory term given to Northerners who moved into the South after the war. The Southerners suspected them of opportunism and exploitation.