The story was first published in The Windsor Magazine and McClure’s Magazine in April 1899, and subsequently collected in Stalky & Co. (1899) It was later included in The Complete Stalky & Co. (1929) 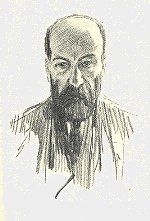 Stalky and Co. have been caught out of bounds by the Head himself, and ‘gated’. Soon after Stalky discovers that the Head had saved the life of a boy near death with diptheria at the risk of his own life, and was away in quarantine in case he caught the infection himself. Later, over the Old Boys weekend, the school is full of young officers who have recently left. They sleep in their old dormitories, and one of them tells of a skirmish in India in which another old schoolfellow was killed. Boys have crowded in from the other dormitories to hear the tale, and King is furious. In punishment the whole school are made to stay in and do ‘prep’ on the last night of term.

At a strategic moment Stalky and Co. reveal the Head’s bravery, the whole school cheers him, joined by the Old Boys, and the prep. breaks up in confusion.