This poem was published in the Second Jungle Book following the story “The King’s Ankus”. David Richards (p. 86) notes prior publication in a periodical, which may have been the St Nicholas Magazine. It is listed as No 650 in ORG.

The three verses describe three ways in which Fear can overtake a hunter in the jungle, and the physical effects of that fear on the hunter’s body. In the first verse Fear is a shadow, and the hunter sweats. In the second verse Fear sounds like an animal breathing behind him, and the hunter goes weak and pale. In the third, Fear is present in a huge storm, and the hunter’s mouth is dry and his heart is racing.

But who is the Little Hunter? Certainly not Mowgli, for he is never shown to be afraid of anything. When he first appears as a naked brown baby who could just walk, Father Wolf observes ‘But see, he looks up and is not afraid.’ (“Mowgli’s Brothers”, The Jungle Book p.10) And when, near the end of his time in the jungle, he hears that the dreaded Red Dog, the dhole, are invading, he is not afraid but wild with excitement. (“Red Dog”, The Second Jungle Book p.230.) Also in the second verse this Little Hunter has a bow and a spear, while Mowgli was never armed with anything more than a knife. 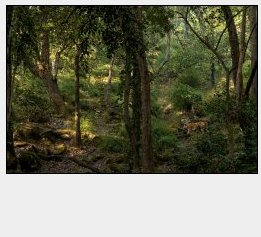 As collected, the poem is an epilogue to “The King’s Ankus”. In that story there is a “little hunter”, a Gond, though Mowgli calls him a ‘woodman’. [The Gonds are a tribal people, who live in the forest areas of Maharashtra State] He is at home in the jungle and is the first to kill another man there, so as to make off with the ankus, a priceless jewelled elephant goad. So the “Little Hunter” of the poem seems to be someone who is learning to be a hunter but to whom the jungle is still strange, and who sees or hears danger everywhere.