Published in London in the Morning Post, 2nd April, 1908, in Canada in Vancouver World on 4th April, 1908, and in the USA in Collier’s Weekly, 4th April, 1908. Collected in Letters of Travel (1892-1913), in 1920. This article insists on the important position held in such a democracy by the newspapers, especially by those of the smaller communities. It also touches on immigration policy, and Kipling is able to give full rein to his personal views, which would probably have been congenial to the readers of that magisterial right-wing organ, the Morning Post.

[Page 150, line 2] Eolithic the dawn of the Stone Age, before the Paleolithic (Old Stone Age) and Neolithic (New Stone Age).

[Page 150, line 5] Journalism senior to Literature Kipling was a journalist before the age of seventeen. 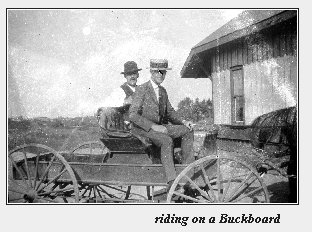 [Page 151, line 2] king-bolt of his buckboard a buckboard is a light, four-wheeled vehicle having a long board instead of body and springs. The king-bolt connects it to the fore axle.

[Page 151, lines 3/4] a thin weekly, with a patent inside with local outside pages and syndicated inside ones. The local paper could not match the resources for world news and general articles of the national press, so news agencies, such as Reuters, provided news (for a consideration) to local newspapers. Preparing such news for local publication was one of Kipling’s tasks on the Civil and Military Gazette in Lahore, 1882-7.

[Page 152, lines 14/16] but when it is time to close the stockade, to laager the wagons, to draw the thorn-bush back into the gap all metaphors drawn from the practice of the Boers when trekking on the veldt in South Africa, indicating that it is evening and camp is being made.

[Page 152, lines 20/21] pawed over by chattering heralds who bob their foul torches in his face Kipling had been much plagued by reporters during his time in the States. Paparazzi are not new.

[Page 154, line 3] spoor nor scent compares the sub-editor trying to make out what newspaper a cutting comes from, to a hunter identifying game by tracking its footmarks, or setting his hounds to follow the scent.

[Page 154, line 4] thirty degrees of latitude about 2,000 miles from north to south, which must have been about the limit in which any Canadian paper was published at all at that time.

[Page 155, line 3] The Tribal Heralds Probably the Editors he met, who would advise when it was politically prudent to take a particular political line.

[Page 155, line 5] to duck in the House of Rimmon to duck is to bow one’s head; this is an irreverent reference to II Kings 5,18: ‘when I bow down myself in the House of Rimmon, the Lord pardon thy servant in this thing.’ For one of the People of Israel to bow down to Rimmon, an alien god, was a serious offence. For a journalist to sacrifice his editorial independence was equally shameful; but as Kipling knew well, it was necessary from time to time.

[Page 155, line 22] Epistle of Jeremy – 6th Chapter of Baruch in the Old Testament we find that Jeremiah in Chapter 36,4 dictated to Baruch and told him to speak what he had said to the people in the temple. In The Apocrypha there is a book of “Baruch, with the Epistle of Jeremiah”. The sixth chapter is headed “The Epistle of Jeremy”.

The Prophet Jeremiah declared that the Jewish people had broken their Covenant with God, and that this would bring down disaster on their heads. His words are full of doleful lamentation, as presumably was this Canadian politician on the subject of public opinion.

[Page 155, line 29] Wrestling Turk a name often taken by professional wrestlers who toured the fair-grounds of England. As with present-day “All-in” wrestlers, their bouts were more histrionic than athletic.

[Page 156, line 29] Doukhobors A self-contained and redoubtable emigrant community from Russia, whence they came at the end of the 19th century.

[Page 157, lines 15/16] a community of excellent people in England . . . and were above marriage communes espousing free love and what today we might call ‘green’ principles, are not new.

[Page 158, line 17] Lady Bountiful A rather patronising lady conscious of her virtue in doing good works for the poor.

A thousand ages in Thy sight
Are like an evening gone;
Short as the watch that ends the night
Before the rising sun.

The fourth verse of the psalm runs:

For a thousand years in thy sight
are but as yesterday when it is past,
and as a watch in the night.

[Page 159, line 11] Remittance-men immigrants who were in receipt of regular incomes from parents, etc. in Great Britain. They felt no great urgency over the need to earn a living.

[Page 159, line 21] glars (glass) the “Colonial” was always amused by the English practice of omitting to pronounce “R’s” in such words as “father” and inserting them where they do not belong, as in “raw” (rawr) and “Peninsula(r)”. this attitude towards the immigrating Englishman was still commonplace until the 1960s and later in Australia – “whingeing Poms”.

[Page 159, line 29] General January from the saying “Russia’s best soldiers were Generals January and February”. Canada’s winters (except in parts of British Columbia) are still very hard by British standards.

[Page 160, line 2] diabolo “The-devil-on-two-sticks” – a game, spinning a double cone in the air by means of a string attached to two sticks held in the hands. It is very old, but was reinvented and given its present name by a French engineer at the turn of the 19th/20th century, and was all the rage when Kipling wrote this Letter. It was not a very serious occupation.

[Page 160, line 2] Limerick competitions limericks are one kind of nonsense verse – the name said to have come from a chorus, “Will you now come up to Limerick”. These contests were very numerous in the magazines at the time. Although the form is older, they were made particularly popular by Edward Lear (1812-88), in the 1850s.

[Page 160, line 15-16] Smyrniotes…Bessarabians Peoples of the Eastern Mediterranean and Black Sea coasts. Smyrna is now Izmir on the west coast of Turkey in Asia. Bessarabia is to the north of Odessa.

[Page 160, line 20] stringhalt Strictly a catching up of a horses legs, with the effect of restricting its movement. Kipling is using the word metaphorically to suggest hesitation or constraint on the part of the Canadians who are talking to him about immigration.