[Page 38, line 2] Aladdin Aladdin, or the Wonderful Scamp, by H. J. Byron, first acted 1861, and loosely based on a story in the “Thousand and One Nights.” The Widow Twankey is Aladdin’s mother and Abanazar his wicked uncle. Aladdin – after various adventures – marries Priness Balroubadour, daughter of the Emperor of China.

[Page 40, line 23] Twiggez-vous Schoolboy french, meaning ‘do you twig’? To twig was to understand.

[Page 41, line 8] mortar-board A hat with a flat square top like a brick-layer’s board for carrying mortar, widely worn by school-masters at that time, and sometimes today as formal dress by students at graduation ceremonies?

[Page 41, line 19] A gray princess-skirt a princess-dress or petticoat is one without a seam at the waist, so a ‘princess-skirt’, presumably starting at the waist, seems a contradiction in terms; perhaps Kipling simply did not realize what `princess’ implied in dressmaking language.

[Page 41, line 21] imposition paper paper used for impositions, written tasks imposed as punishments, generally `lines’ by the hundred, often Latin. Colloquially called `impots’; therefore, on pp. 49, 110, and 290 (Debits and Credits) impot-paper; and on p. 277 (Debits and Credits), impot-basket, a basket in which impositions were placed and collected by the master.

[Page 43, line 12] Fors Clavigera a series of monthly pamphlets by John Ruskin (1819-1900) in the form of letters, 96 in all, begun in 1871 and continued, not quite regularly, until 1884: `Letters to the Workmen and Labourers of Great Britain’. `Fors Clavigera’  is fortune bearing a club, a key and a nail,’ Ruskin wrote, `symbolising the deed of Hercules, the patience of Ulysses, and the law of Lycurgus.’  Lycurgus was the legislator of Sparta in ancient Greece. Evidently George Beresford, the original of M’Turk, read him with enthusiasm. 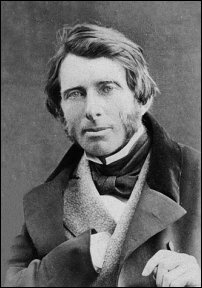 John Ruskin was a highly original and influential Victorian art critic and social thinker, who wrote on many subjects. He was an early supporter of the painter J W M Turner, sympathetic to the Pre-Raphaelites and sceptical about capitalism.

We have not traced his particular strictures on church restoration and tartan ties quoted by ‘M’Turk’ in this story (page 50 lines 24 and 32), indeed they may have been invented by Kipling on the strength of what he knew of Ruskin.  However, in the debates over church restoration at that time, which sometimes led Victorian architects to heavily rebuild in what they deemed to be appropriate mediaeval styles, Ruskin,  was firmly  against the re-builders. With his friend William Morris he was a leading light in the Society for the Preservation of Ancient Buildlings.

[Page 43, line 32] I’ll correct his caesuras for him I’ll deal with him. The caesura, in Greek and Latin prosody, is the division of a metrical foot between two words, especially in certain recognized places near the middle of the line; and so it has come to mean, in English, a pause or break in the middle of a line. Here perhaps Kipling uses the word in a broader sense, to mean gaps, shortcomings.

[Page 45, line 9] you chaps are communists in “An English School” (Land and Sea Tales for Scouts and Guides), Kipling says that the three friends `lived as communists and socialists hope to live one day, when everyone is good … their possessions were in common, absolutely’.

[Page 45, line 16] an outcrop of the early Devonian formation One of the primitive inhabitants of Devon.

[Page 45, line 17] his unlovely name see J. C. Dunsterville, Stalky’s Reminiscences (London, 1928), p. 45: `His nickname of “Rabbit’s-Eggs” was due to his having offered for sale six partridge eggs which he stoutly maintained were “rabbut’s aigs”. He genuinely believed them to be so. He was passing a clump of bushes when a rabbit ran out of them, and for some reason or another he peered into the bushes, and there, sure enough, were the six eggs, obviously the produce of the rabbit!’

David Rogers writes: ‘I wonder if Kipling was aware of the folklore linking hares, rabbits and eggs? This was quite an ancient and common belief amongst country people and not just a peculiarity of that particular gentleman!   In medieval times, hares were associated with eggs because hares (not rabbits except for one species, the cottontail) make nests in grass or rushes and a bird known as a Plover would often come and use the nest to lay its eggs. This led to the idea that hares laid eggs, and since eggs were a symbol of the Resurrection, the rabbit became part of the Easter symbology.’  [D.R.]

[Page 46, line 5] a fat, brown-backed volume of the late Sixties obviously the poems of Robert Browning, as the reference to Gigadibs above shows. In 1855 Browning published two volumes of poems called Men and Women, the best known of which are the dramatic monologues (“Fra Lippo Lippi”, “Andrea del Sarto”, etc.). For Kipling’s early enthusiasm for Browning, see our notes on “Overheard” (1883).

[Page 48, line 11] beastliness homosexuality. This is the word generally used in school stories, where the subject is treated very obliquely.

[Page 50, line 12] privatim et seriatim medieval Latin, meaning privately and one after another.

[Page 50, line 15] these ossifers of the Ninety-third, wot look like hairdressers see R. S. Surtees, Handley Cross, chapter 51, where Jorrocks calls someone `you hossifer in the ninety-fust regiment, who looks like an ‘airdresser’.

[Page 50, line 16] Binjimin, we must make him cry `Capivi!’ we must make him admit his fault. Another quotation from Handley Cross. Jorrocks was presumably confusing capivi with peccavi, I have sinned.

[Page 50, line 21] a basket-hanger the term basket-hanger is thereafter used as one of abuse by Stalky and Co. M‘Turk explains what it means in the next paragraph::`He [King] has a basket with blue ribbons and a pink kitten in it, hung up in his window to grow musk in.’ See p. 270, in “Slaves of the Lamp” Part II, where Stalky says to Abanazar `Pussy, if I thought that …basket-hanger-‘ `Hah! He remembered that,’ said M‘Turk. `That two-anna basket-hanger governed India, I swear I’d become a Muscovite tomorrow.’ M‘Turk’s exclamation makes it clear that the term ‘basket-hanger’ is taken from their private language, still remembered after fifteen years from King’s basket with the kitten in it; a concrete example of the hold which school experiences and the memories and phrases they produced still had on the adults the boys grew into.

[Page 51, line 5] Down went M‘Turk’s inky thumb as in a gladiatorial contest, when thumbs down was a signal for the coup de grâce to be given to the vanquished.

[Page 52, line 2] bargees originally bargee meant a barge-man, one who worked on a barge. It is used throughout the book as a term of abuse; for instance, on p. 208, Stalky uses it to describe the MP who comes to lecture on patriotism; and on p. 215 Beetle says of Stalky, `he cursed me like a bargee’.

[Page 53, line 3] Beans to give someone beans means to punish or to scold.

[Page 55, line 10] Habet! literally: he has [it]. In other words, he’s had it. Cry of the spectators in ancient Rome when a gladiator received the fatal blow.

[Page 55, line 24] quoited slid across the table like a quoit, a flat ring for throwing.

[Page 57, line 12] Gibbon Edward Gibbon’s The Decline and Fall of the Roman Empire.

[Page 57, line 23] Casabianca at the battle of the Nile in 1798, Louis Casabianca, captain of the French flagship l’Orient, fought on to the end, though the Admiral had been killed. His son, aged thirteen, refused to leave him and died, too. Mrs Hemans’s poem, “Casabianca” -`The boy stood on the burning deck, Whence all but he had fled’ -often mocked and embroidered, is about his fate.

[Page 57, line 31] Number Five lavatory the word does not mean WC, as it does now, but `washroom’, which is closer to the Latin root. Here there were several baths, probably tin ones.

[Page 59, line 31] The Lower Third The lowest class in the school, with the youngest boys. As one grew older one moved on year by year towards the ‘Sixth’.

[Page 60, line 3] gallipots small earthen glazed pots; probably called after galleys, as they were brought in galleys from the Mediterranean.

[Page 61, line 1] Foxibus schoolboy Latin for ‘Foxy’, the nickname of the School Sergeant, who was responsible for catching boys who broke the rules.