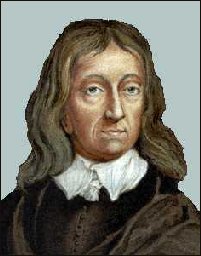 A dignified description of the catastrophe that overtakes a party of drunks in a car on a moonlit night, who drive into a flint wall. The wall is unscathed, but they are not.

… it is only in “When the journey was Intended to the City” that he reveals the extent of his familiarity with “Paradise Lost”. With the exception of the opening … the imitation seems to be independent of a specific model, yet
– or perhaps because of – this, it achieves the sonorous periods of the original. The paragraph structure is here; the long simile (in which Rabelais, like Galileo in Milton’s first book, is described without being named); the lengthy Latin word eating up three of the line’s five feet … the post-positive adjective, even the impression of skyey spaces – all are here. The passage sounds like Milton, but it is uninspired. It is neither funny nor impressive. Milton and Cowper are the only men who can write in the Miltronian manner without risk of boring their audiences.

This spoof of Milton’s grand style is wonderfully and satisfyingly
obfuscating. Kipling gets maximum ‘mileage’ out of Milton’s addic-
tion to convoluted syntax, extended similes, classical allusions, and
ponderous Latinisms (including the splendid ‘Circumvoluminant’). So
successful is the obfuscation that it can take several readings to work
out all the nuances of this hilarious description of drunk driving and
the inevitable pile-up.

[Title] Probably inspired by Milton’s Sonnet 8: ‘When the assault was intended to the City’.

[Line 3] Meudon a municipality in the southwestern suburbs of Paris in the département of Hauts-de-Seine. There are two candidates for the monstrous jest here.

The most likely is François Rabelais (c. 1494-1553) the celebrated French Renaissance writer, doctor and humanist, writer of fantasy, satire, the grotesque, and bawdy jokes and songs, and Canon of Meudon. His Fourth Book of Gargantua and Pantagruel, appeared in 1552.

There, is though, also Nicolas-Joseph Cugnot (1725-1804) French inventor of the ‘world’s first automobile’, who is believed to have carried out trials of his steam tricycle at Meudon in the early 1770s. His vehicle came to a sticky end by running into a wall, though there is no suggestion that he was drunk.

[Line 4] Gargantuan gigantic, from the books by Rabelais.

[Line 7] Circumvoluminant the act of turning or revolving. The Oxford English Dictionary attributes the word to Herrick among others, in 1647.

[Line 9] many cups in this context cups of wine or other alcoholic drink.