This poem first appeared in the Civil and Military Gazette, February 9th, 1886.

The poem is listed in ORG (p. 5109) as no. 166. ORG specifies that “The heading verse is Kipling’s, for in Indices of First Lines both “Old is the song that I sing” and “Ahasuerus Jenkins of the ‘Operatic Own’” are mentioned.”

(The lines refer to the whole poem,
heading lines included.)

[Line 3] kitmugars The glossary annexed to the English edition of Departmental Ditties translates it as “waiters”. 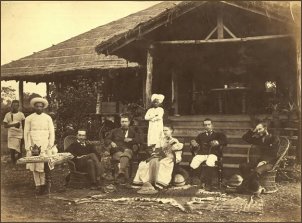 [Line 4] dak-bungalows Lt.-Col. J.K. Stanford describes them as “the equivalent all over India of the hotel for travellers” (see the whole article for further details, “Dak Bungalows”, Kipling Journal, Sept.1958: 20-21).

[Line 4] old as the Hills This expression might recall Job (15,7): “Art thou the first man that was born? or wast thou made before the hills?”, reinforcing the theme of ‘old age’ that recurs in the heading lines.

Kipling would, of course, also know well the words of the hymn “O God, our help in ages past” – “Before the hills in order stood”. [A.W.]

[Line 5] Ahasuerus The name may recall a biblical king about whom identification studies report three main references: the father of Darius the Mede (Dan. 9,1) probably Cyaxares I king of Media and conqueror of Nineveh; the king, son and successor of Cyrus (B.C. 529), who is possibly Cambyses in secular history (Ezra 4,6); the son of Darius (esp. Books of Esther 1-10), probably the historical Xerxes, reigning for twenty-one years (B.C. 486-465) (in the LXX. version of the Book of Esther the name Artaxerxes occurs for Ahasuerus). (Durand).

There may also be a suggestion here of the recurring theme of old age, as Ahasuerus also figures in a legend about Christ’s last hours: “ Jesus, pressed down with the weight of His cross, stopped to rest at the door of one Ahasue’rus, a cobbler.’ The craftsman pushed him away, saying, “Get off! Away with you, away!” Our Lord replied, “Truly I go away, and that quickly, but tarry thou till I come.” Schubert has a poem entitled “Ahasuer (the Wandering Jew)”, (Paul von Eitzen; 1547.) See the Bartlebury web-site.

It seems likely that Kipling chose to use this uncommon Biblical name as being unlikely to get him into trouble – Ahasuerus is not a name frequently found among Englishmen in life or in literature. Many of the Ditties were no doubt based on actual events, and real people: and in the restricted circle of the Civil and Military Gazette’s readership, there can be little doubt that both events and people would have been recognised. So false and unlikely names were used to avoid any possibility of libel actions – and obscure biblical or historical names were unlikely to attract any recognition (see ‘Potiphar’ in “Study of an Elevation, in Indian Ink”; and ‘Delilah’, in “Delilah”; ‘Boanerges Blitzen’, in “The Man Who could Write”, etc. [A.W.]

[Line 5] Jenkins This family name has a very ancient Welsh origin which could in turn be meaningful for the characterization of the protagonist: rather interestingly, in fact, for the theme of old age; the genealogical entry related to a ‘Henry Jenkins, (d. 1670)’ states that he ‘was often called the “Modern Methuselah”‘ as he ‘claimed to have been born in 1501.’ In 1743 an obelisk was erected to his memory, recording that he ‘lived to the amazing age of 169’.

It may also be suggested that Kipling chose a well-known Welsh name, because the Welsh have long had a reputation for singing – one has only to mention the names of Bryn Terfel and Katherine Jenkins in the field of classical opera; two Welsh singers of world renown. [A.W.]

[Line 6] “Operatic Own” most British regiments had nicknames, some scurrilous, some humorous, some recognising a noted engagement in which the regiment took part. Examples are: ‘Pontius Pilate’s Bodyguard’ – (the senior regiment in the Army; 1st (Royal) Regiment of Foot): ‘The Cherry-Pickers’ (the 11th Hussars (Prince Albert’s Own), and Kipling’s own favourite regiment; the ‘Fighting Fifth’ (5th – Northumberland Fusiliers – Regiment of Foot). The nickname “Operatic Own” is entirely fictional.[A.W.] 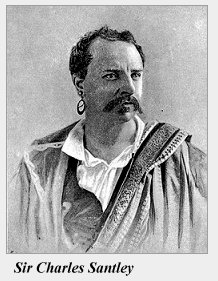 [Line 6] Santley Sir Charles Santley (1834-1922) was the most eminent English concert singer of the Victorian era, celebrated for his operatic performances in England, Italy, and North America. He was a baritone, not a tenor.

[Line 8] He had no seat worth mentioning to ‘have a good seat’ was a prerequisite for good horsemanship: it meant to be at home in the saddle, well-balanced and erect. Infantry officers rode as well as marching with their men. [A.W.]

[Line 9] He clubbed his wretched company Durand explains that: ‘he drilled his company so badly that it became entangled and could not be put straight by any recognised word of command. To restore order the men would have to ‘fall out’ or scatter and re-form again’.

[Line 13] Simla As Durand explains, Simla (now Shimla) was a cool, healthy and beautiful town, built on the spur of the lower Himalayas, which during the summer months hosted the Viceroy’s headquarters, the seat of the Supreme Government of India and of the Punjab Government, becoming the centre of Indian society during the summer. Kipling spent time in Simla, too, in particular in 1883, 1885 and 1886 (see, for details, Kipling and his First Publisher. by Thomas Pinney and David Richards) 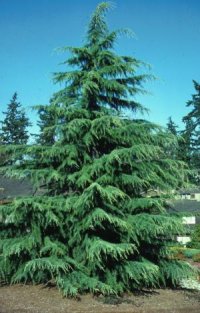 We have quoted the description in full because the reference to this tree confirms and reinforces the Indian setting of the poem, and will surface again in Kipling’s works, notably in the title of his 1890 collection of stories, Wee Willie Winkie: Under the Deodars.

[Line 15] warbled “To sing (a note or song, for example) with trills, runs, or other melodic embellishments” (The American Heritage® Dictionary of the English Language)

[Line 15] bul-bul The glossary annexed to the English edition of Departmental Ditties translates it as “the Persian nightingale”.

[Line 16] Cornelia Historically this could refer to Cornelia Gracchus (b. ca. 190 BC), the daughter of Publius Cornelius Scipio Africanus and mother of Tiberius and Caius, who is credited with inspiring her children towards civic duty – they sacrificed indeed their lives fighting for the rights of common people in an age of political turmoil in Rome.

As it seems, Kipling took advantage of the clash between a fictional heroine embedded in a corrupt and deranged social environment and the evocation of her more ancient, highly revered Roman counterpart, to ironically emphasize the current degeneration of costumes.

In both cases, such a reference seems highly ironical: while historically they serve to remind one of the increasing involvement of women in the political and social sphere of the Roman Empire and of their bitter fate, the Agrippina of the poem is revealed to be a highly successful manipulator.

A further original hint provided by such choice of names could be the cross-reference to opera and Italy following the Santley echo, and reinforcing the focus on ‘music’ not only in the poem but in the whole of Departmental Ditties. The German composer Georg Friedrich Handel did indeed compose an Agrippina (1709) for the sophisticated opera audience of Venice at the end of his stay in Italy.

[Line 19] From April to October the ‘hot season’, when the entire Government of India decamped from Calcutta (then the seat of Government), to Simla. And the Army moved too – the Commander-in-Chief and GHQ. This was the Season (in the social sense) at Simla, when Cornelia Agrippina’s salon would have been in full swing, with musical soirées, recitals, etc: so her “singing birds”, who could not normally have expected to stay in Simla throughout the hot weather, were found a ‘phantom job’ – and the taxpayer picked up the bill. [A.W..]

[Line 22] He praised unblushingly her notes, for he was false as they. Cornelia thought she could sing – and Jenkins sycophantically agreed with her. [A.W..]

[Line 23] So when the winds of April turned the budding roses brown. Jenkins had gone up to Simla during the spring (line 13), before the start of the season, and being a regimental officer could not, under normal circumstances, have expected to remain more than a month, and would have had to rejoin his regiment at the start of the hot season, in the plains – not a pleasant prospect. But “Tom, you mustn’t send him down” (back to his regimental duties in the plains). Cornelia ‘pulled strings’, and Jenkins stayed in his non-job – seemingly for the rest of his career. [A.W..]