This piece should not be confused with “An Explanation” (see ORG Volume 8, page 5289 for the text; it is listed as Verse No. 422) an uncollected item of verse with a prose heading and five stanzas of twenty-two and twenty-four-syllable lines rhyming internally. It first appeared unsigned in the St. James’s Gazette of 17 March 1890. See Richards p. .376.

The poem is a reflection on the contradictions of Life. Love and Death forget their age-long quarrel for a while and get drunk together, mixing up their arrows when they drop their quivers. Thus afterwards Love sometimes wounds or kills, while death may bring contentment. The last line asks if this is the reason why:

See also The Children of the Zodiac. 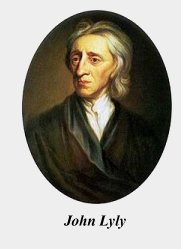 Charles Carrington (page 154) sees this as: ‘a slight piece … a meditation in the style of Lyly’

John Lyly (Lilly or Lylie) (c. 1553-1606) was an English poet and playwright, author of Euphues,The Anatomy of Wit, Euphues and His England. He wrote in the mannered style of the time.
Andrew Lycett (p. 204) agrees, calling the poem: ‘A wry, Jacobean style meditation’. .

Could he impart at will a decidedly Elizabethan flavor to his poetry if he had not read widely in the lyricists of the period? “The Explanation” seems to owe a definite debt to Lyly’s “Cupid and my Campaspe”; both are whimsical parables in which Eros plays one of the chief parts:

Cupid and my Campaspe played
At cards for kisses, Cupid paid;
He stakes his quiver, bow, and arrows
His mother’s doves, and team of sparrows…

Usually, however, no one author can be relied on as having supplied Kipling with a model. 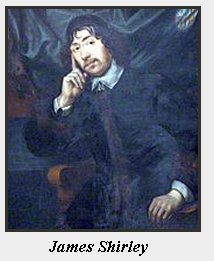 Thus Janice Lingley suggests that a likely source of the poem is the seventeenth-century masque Cupid and Death by the dramatist James Shirley (1596-1666), first performed in 1653.

According to a Wikipedia article on the masque, Shirley derived the theme of his masque from a traditional tale in Aesop, and subsequent versions. Shirley’s source apparently was a 1651 translation of Aesop by John Ogilby. 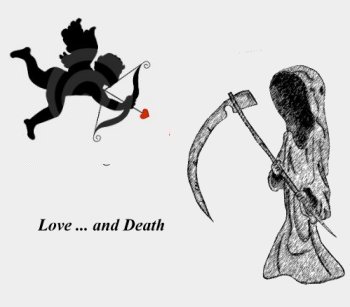 [Line 1] Love was traditionally depicted as a Cupid – a cherub or little boy with wings, armed with a bow and a quiver containing arrows.

Death is an old man with a beard, a scythe and an hour-glass like a giant egg-timer; but this time he has a bow and arrows.

[Line 5] bout a word of many meanings, here signifyimng a drunken session – a ‘drinking-bout’.