This poem first appeared in the Civil and Military Gazette, February 16th 1886, and the Pioneer, February 18th 1886.

The poem is a baffled lament. The writer has been a rival for the hand of a beautiful young woman, and for promotion, with ‘Potiphar Gubbins’, a man seven years his junior, ill-favoured and incompetent. Gubbins has mysteriously won the lady and risen to the top of his service, respected by all. How can this be ?

For all its lightheartedness, the poem is a very exact reflection of human nature. Rivalry for a lady, and for advancement, is as common today as it was then – and has been through the centuries. The fictional (?) circumstances would have been well recognised among the tight Anglo-Indian circle which read the Civil & Military Gazette as with all Kipling’s Departmental Ditties. In that small hierarchical world of officials and soldiers, in which everyone’s grade and pay was publicly known, promotion to a higher rank was desperately important. [A.W.]

[Title] an elevation in Indian Ink ‘Indian Ink’ is 1. A black pigment made from lampblack mixed with a binding agent and molded into cakes or sticks. 2. A liquid ink made from this pigment. Also called ‘Chinese ink’. (The American Heritage Dictionary of the English Language; Houghton Mifflin, 4th Edition 2000)
This is a play on words, as an elevation is also a depiction of the front, back etc. of a building on an architect’s plan, as well as a lifting up or promotion.

See also Something of Myself p. 208, where Kipling describes the process of writing and revision of his work, and the ‘blacking out’ of unnecessary words with a brush:

The magic lies in the Brush and the Ink. For the pen, when it is writing, can only scratch; and bottled ink is not to compare with the ground Chinese stick.

Kipling liked to have an ink-boy prepare the ink for him (p. 230). It is not clear why ‘Indian Ink’ figures in the title – perhaps a suggestion that written messages had something to do with the rise of ‘Gubbins’.

[Line 1] ditty An echo of the title of the collection, Departmental Ditties. A ditty is a simple song, often, but not always, light-hearted. 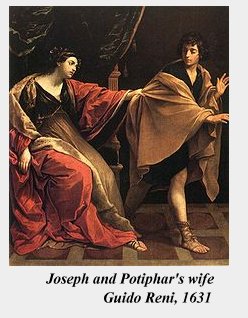 [Line 3, 7, 11, 15, 19, 26, 29] Potiphar In Genesis 39, this is the name of the official in ancient Egypt who buys Joseph, the Israelite, as his servant. When Potiphar’s wife falsely accuses Joseph of assaulting her virtue, Potiphar throws him into prison.

Again, the name of the protagonist is fictional – see our notes on “Army Headquarters”. It may be intended to imply some scandal behind the scenes, or simply to conceal the name of a much-promoted engineer whom many of Kipling’s readers would recognise. (Kipling uses it later as a nickname for the Head of Games, in Stalky and Co., ‘Pot’ Mullins.). [A.W.]

In this case, C.E., although recognised at the time, was never a formally recognised qualification. It merely indicated that the user regarded himself as a Civil Engineer. And if the writer of the verse is to be believed, Potiphar Gubbins was not a very good one. On the other hand, Isambard Brunel was so described, and there weren’t many better. Kipling was fascinated by engineers and their work; see “The Bridge-Builders” in The Day’s Work in which the junior engineer is both competent and respectful of his chief. [A.W.]

Partridge (A Dictionary of Slang and Unconventional English ed. Paul Beale, Routledge 8th edition. 2000) defines ‘gubbins’ as fish-offal, rubbish, or alternatively as as a word like thing-a-ma-jig etc. for the name of something one cannot remember It is also the name of the Royal Marine Captain in “Their Lawful Occasions”, Part 1 (Traffics and Discoveries p. 105 line 1) who is never heard of again.

[Line 8] is seven years junior to me departmental seniority – length of service – meant a great deal in the administrative departments of the government of British India. Insofar as seniority was an indication of experience, this was not unreasonable, but it had little to do with ability. [A.W.]

[Line 9] every bridge that he makes either buckles or breaks Civil Engineering is the oldest of the various branches of the engineering profession. It grew out of the feats of the anciemnt Romans in building bridges, aqueducts and public buildings. In the Middle Ages, civil engineers would mostly have been described as masons, since their work (bridges and great churches) were largely built in stone. But the industrial revolution brought their profession forward enormously, as they began to use other materials, metals particularly.

Its professional Institute, founded in 1818, is the oldest in the world and was set up for, among other things, the maintenance of professional standards among civil engineers. Even allowing for the writer’s prejudices, it does not seem likely that Potiphar G would have qualified as an M.I.C.E. (Member of the Institute of Civil Engineers).

There were a number of spectacular bridge failures during the 19th century (and the 20th), but there do not appear to have been any in India that warranted such strictures by Kipling’s writer. In “The Bridge-Builders” , the Chief Engineer, Findlayson, C.E., fearing that his bridge will not withstand the rising river, recalls:

… the half-pitying things that he himself had said when Lockhart’s new waterworks burst and broke down in brick-heaps and sludge, and Lockhart’s spirit broke in him and he died. He remembered what he himself had said when the Sumao Bridge went out in the big cyclone by the sea; and most he remembered poor Hartopp’s face three weeks later, when the shame had marked it…

One of the most recent bridge disasters in Kipling’s day, was the failure of the Tay railway bridge in Scotland in December 1879. [A.W.]

[Line 12] is coarse as a chimpanzee Even making allowances for the imaginary writer’s prejudices, there may have been some truth in what he wrote. Civil Engineering was not, by and large, a gentleman’s profession. There was little professional training at the time, and many civil engineers started out as apprentices either to masons, or in an ironworks, and worked their way up. It was only in the latter half of the 19th century that some of the great civil engineers who built the railways and such bridges as the Forth Bridge achieved public recognition receiving knighthoods, or even being ennobled (Brassey and Pearson, for example). [A.W.]

[Line 14, 27] Mehitabel A female name meaning “God is our joy” in Hebrew.
Incidentally, both a “Professor Gubbins” and a “Mehitabel” appear in the story “Dorchester Polytechnic Academy” (1879) by James DeKoven (Chapter IV).

[Line 29] Should I have riz to what Potiphar is This statement sounds ironic if contrasted with the “Potiphar/Joseph” episode in the Bible mentioned above, as Joseph, not Potiphar, is the one of humble origins, later rising in Pharaoh’s administration.

The use of ‘riz’ as the past participle of ‘rise’ (in place of ‘risen’) is intended to be jocular – the best known other use of it occurs in ‘Spring has sprung, the grass has ris, I wonder where the boidies is’, sometimes attributed to the American poet Ogden Nash, and written after Kipling used it in this poem. [A.W.]