This story … is an excellent example of Kipling’s use of ‘layers of meaning — three or four overlaid tints and textures, which might or might not reveal themselves’
[Something of Myself page 190 line 17]. The title itself has an obvious double-meaning: the events of the main story happen at sunset, and in 1913 our whole World was at the point of sunset, night was at hand for the ancient empires, kingdoms, dynasties, and aristocracies. What appears at first to be a fairly light-hearted spy-story is in fact a picture by a pessimistic Tory of a doomed and disintergrating society.

[Heading] This consists of two verses from “The Benefactors”. [This should not be confused with an uncollected prose item of the same name in Volume 30 of the Sussex Edition where hell is depicted as a boiler-room in a coal-burning ship.]

[Page 274 line 6] Lord Marshalton he was Captain Mankeltow in “The Captive” and has inherited a title.

[Page 274 line 8] Army and Navy Co-operative Supply Association see Notes to “The Army of a Dream” Part I (Traffics and Discoveries, page 244 line 32) 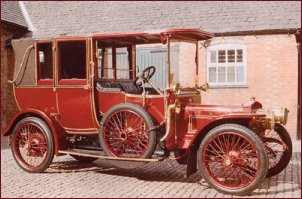 [Page 274 line 16] a gold-mounted mirror, card and toilette case such luxurious cars were often so fitted, together with a speaking-tube to talk to the driver who was divided from his passengers by a window.

[Page 275 line 8] I have enjoyed her hospitality he had been a prisoner-of-war in South Africa – see “The Captive” (Traffics and Discoveries) and p. 276 overleaf.

[Page 275 line 12] returned empties in this context, empty bottles and cases subject to a deposit which was refunded when the items were returned to the supplier – any discrepancies were usually in his favour. 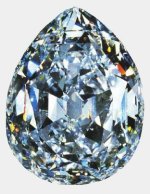 [Page 276 line 15] Cullinan diamond the largest rough gem-quality diamond ever found, at 3,106·75 carats (621·35 gm.), named after Sir Thomas Cullinan, the owner of the mine in South Africa in which it was found; it is now among the British Crown Jewels, mounted in the head of the Sceptre with the Cross. The second largest gem from the Cullinan stone, Cullinan II or the Lesser Star of Africa, at 317.4 carats (63.48 gm.) is in the Imperial State Crown.

[Page 276 line 26] rides in this context grass roads cut through woodland which also provide a view.

a small classic temple it was the custom for large old estates like this to be adorned with replicas of classic Greek or Roman architecture, sometimes with a purpose-built ‘ruin’ to add interest to a view.

[Page 277 line 2] ice-house An insulated building for the storage of ice, collected in winter and kept for use in summer, here used in jest. 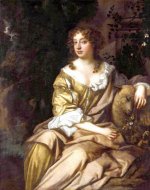 [Page 277 line 10] the Comic and Tragic Muse Thalia and Melpomene, two of the nine daughters of Zeus in Greek mythology.

[Page 277 line 16] twenty-three miles this rules out most of Sussex, but could imply Kent or Surrey. We are not given any clues as to the length of the journey (page 275, line 17) which is reminiscent of that in “The House Surgeon” (Actions and Reactions page 266, line 9) but not as detailed as in “They” (Traffics and Discoveries.)

[Page 278 line 10] death-duties Tax payable on a deceased person’s estate, now usually known as inheritance tax, which is paid by the beneficiaries.

[Page 278 line 23] Venetian point a beautiful lace made in Italy; some married ladies of her generation often wore a head-covering indoors.

[Page 278 line 26] Burton of Savannah a family we have not traced – information will be appreciated.

[Page 278 line 27] Savannah in this context the name of a city on the river of the same name in Georgia, U.S.A. Charles Carrington (page 411) maintains Mrs. Burton is based upon the wife of Colonel Henry Wemyss Feilden (1838-1921) explorer and naturalist, a friend and neighbour of Kipling’s at Burwash, who kept an eye on Bateman’s when the Kiplings were away. Feilden had served in the Indian Mutiny, the Crimean War and in America where he was commissioned in the Confederate Army. He returned to the British Army, and served in the two Boer Wars. He married Julia McCord of South Carolina in 1864. An excellent biography is available
here.

[Page 279 line 13] Ordeh of the Gyartah Kipling’s rendering of the Southern pronunciation of The Most Noble Order of the Garter – an order of knighthood established in 1344. The decoration is indeed returned on the death of the holder.

A History of British Birds

[Page 280 line 28] your keys the butler would arrange for a valet to unpack and put the guest’s clothes away.

[Page 280 line 31] Peter, Peter Punkin-eater a nursery-rhyme originating in the United States where Kipling must have found it with the American spelling PUNKIN (with an N instead of an M)
one verse of which, in the English spelling, runs:

Peter Peter pumpkin eater,
Had a wife and couldn’t keep her!
He put her in a pumpkin shell,
And there he kept her very well!

[Page 281 line 16] Abraham Lincoln (1800-1865) lawyer, became sixteenth President of the United States in 1861, elected for a further term in 1864, he was assassinated by John Wilkes Booth the following year. His anti-slavery programme brought about the War between the States; he was, naturally, very unpopular in the South.

[Page 281 line 20] Gettysburg a battle in July 1863 fought in, and around the town of Gettysburg Pennsylvania, had the largest number of casualties in the American Civil War and is believed to be the war’s turning point. Union Major-General George Gordon Meade’s Army of the Potomac defeated attacks by Confederate General Robert E. Lee’s Army of Northern Virginia, ending Lee’s invasion of the North.

[Page 281 line 22] Yankee in this context the Southerners’ name for Americans from the North.

[Page 281 line 29] Arabs picnicking under the Pyramids relative newcomers, on the move, unaware of the enduring heritage around them.

[Page 282 line 17] Ellis Island at the mouth of the Hudson River in New York Harbour, the main port of entry for immigrants entering the United States from January 1892 until November 1954. It is now part of the Statue of Liberty National Monument.

[Page 282 line 28] coon-can Conquien, a card game believed to come from the South West of the USA or Mexico and described in R. F. Foster’s Hoyle in 1897 as the ancestor of all modern ‘rummy’ games. The name is thought to derive from the Spanish con quien (‘with whom’), or the Chinese game Kon Khin, often corrupted to Coon Can.

[Page 285 line 1] golf-links a golf-course was so called at the time as the game developed on the sand-dunes at the seaside – see the recently-discovered ‘Stalky’ story “Scylla and Charybidis” in KJ 309.

[Page 285 line 31] Episcopalian the government of a church by bishops: in the United Kingdom and Commonwealth, the term is often used to imply Anglicanism and churches belonging to the Anglican Communion in the United States and elsewhere in the world. See “An Habitation Enforced” in Actions and Reactions page 28, lines 32-33 onwards

[Page 286 line 12] cleek a metal-headed golf-club with a straight narrow face and a long shaft. The modern equivalent would be a number 1 iron. A useful weapon.

[Page 286 line 19] ‘cross lots’ in this context plots of land in the United States – in Britain one would have said ‘across country’.

[Page 286 line 31] gumshoe work rubber- soled shoes with canvas uppers, once known as gym-shoes, in which the wearer could walk silently; hence private detectives, or, as in this instance, spies.

[Page 287 line 21] ring-a-ring-o’roses a singing and dancing-game for children which first appeared in print in 1881; but it is believed to have been in use very much earlier, and that the words refer to the symptoms of the Black Death:

Ring-a-ring-o’roses
A pocket full of posies.
A-tishoo, A-tishoo
We all fall down.

The theory has it that the ‘ring’ is the ring of sores around the mouths of plague victims, who subsequently sneeze and fall down dead.

[Page 288 line 8] suspenders in this context, as indicated, the American term for what is known in Britain as ‘braces’, for holding ones trousers up. See “How the Whale got his Throat” in Just-So Stories.

[Page 289 line 21] the King of Naples A city and district in southern Italy. An independent kingdom under various rulers and various names from the 12th Century to the 1860s when it became part of united Italy.

[Page 293 line 17] War of Jenkins’ Ear a conflict between Great Britain and Spain that lasted from 1739 to 1748. After 1742 it merged into the larger War of the Austrian Succession. The story goes that Robert Jenkins, an English master mariner, was captured and tortured by the Spanish coastguard who cut off an ear which, pickled in salt, he later produced to the House of Commons – causing such an uproar that it became the pretext for a declaration of war.

Many American leaders had doubts as to the wisdom and the legality of the act. In the Confederate States the hope was that the incident would lead to diplomatic recognition and Southern independence. The British public expressed outrage and the government demanded an apology and the release of the prisoners. The United States and the United Kingdom came close to war, but the matter was resolved when the Lincoln administration released the envoys and disavowed Captain Wilkes’ actions.

[Page 293 line 20] Lord of Appeal One of the most senior judges in Britain; sitting in the Court of Appeal, a member of the Judicial Council, and a member – through his office – of the House of Lords.

[Page 293 line 26] resign me club Resign from my club. People in certain government or legal appointments are usually invited to join the Athenaeum, a distinguished and highly respectable club in Pall Mall that also had Kipling as a member. If Lord Lundie had been involved in a major scandal, he might have been forced to resign.

[Page 294 line 19] Big Claus and Little Claus characters in a story of the same name by Hans Christian Andersen
(1805-1875) the celebrated Danish writer for children.

[Page 295 line 7 and overleaf] I set her all I dared…. etc. We are advised that it is technically most unlikely that the aircraft could have taken off and flown successfully without a pilot, but — see the Headnote — it would indeed be unfortunate to allow technical issues to spoil such a good story.

[Page 296 line 9] commit their bodies to the air a variation of: ‘We therefore commit his body to the deep…’ in Forms of Prayer to be Used at Sea in The Book of Common Prayer.

[Page 297 line 12] the veldt (pronounced (felt) – the rolling uplands in South Africa, scene of much action in the Boer War – see “The Captive”,“A Sahib’s War” and “The Comprehension of Private Copper” in Traffics and Discoveries, “The Way that he Took” in Land and Sea Tales, and associated verse.