The refusal by the House of Lords to abrogate the Declaration of London, which set out that the neutral flag did not cover neutral cargo, was under Providence one of the chief means whereby the British Navy was enabled to save the world.

The poem contrasts the high-minded sentiments expressed by men of all parties at the time of the Coronation of George V on June 23rd 1911, and the resumption of party politics soon after, with politicians voting along party lines irrespective of the dictates of their consciences.

The Coronation, in Westminster Abbey, was an occasion of great pomp and ceremony, attended by the great and good of the land, including the Lords and the Commons, and celebrated all over the Empire. Many noble sentiments were uttered in a solemn atmosphere of national unity.

This was, however, a time of political turmoil in Britain, with the Liberal Government at odds with the Conservative-dominated House of Lords over the powers of the Lords over legislation, and with the Ulster Unionists over Irish Home Rule, against a backdrop of strikes and industrial unrest.

The Liberals, under Herbert Asquith and David Lloyd George, and detested by Kipling, had been in power since the end of 1905. They had embarked on a major programme of reform which Kipling violently disapproved of. This included a confrontation with the House of Lords, which was dominated by the Conservatives, which led to the powers of the Lords being severely curtailed. Such were the deep-seated differences between Government and Opposition that it would have been inconceivable for politicians to set aside party loyalties in mid-1911. 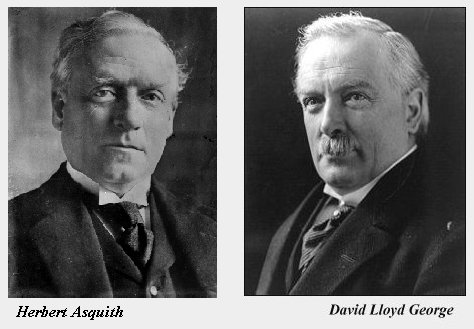 Kipling believed that the Liberal leaders were failing to arm Britain against overseas threats, selling out the Empire, including the Protestants of Ulster, and that they were in politics in order to to line their own pockets. He had never had a high opinion of politicians as a class, indeed his picture of the lying boastful chattering monkey people, the bandar-log in The Jungle Book of 1894, was probably close to his view of the House of Commons seventeen years later.

The Declaration of London

This was an international code drawn up by a committee of experts following the Hague Conference of 1907, which set out various principles for the regulation of shipping in times of conflict. The rather weak provisions relating to the right of a nation in time of war to confiscate goods on the high seas which might have been used by an enemy were objected to by various British interests, and the House of Lords refused to ratify the Naval Prize Bill which was based on the Declaration.

As Kipling indicated in his note of 1919 to Frank Doubleday, and as historians since have agreed, this was fortunate in that it made it much easier for Britain to cut off the Central Powers from overseas supplies during the Great War.