This letter was first published in Nash’s Magazine in October 1914, under the title “Interviewing Pharaoh”, with one large illustration by Fortunino Matania, and In Cosmopolitan of the same month, as “Egypt of the Magicians V”.
.

A heading of two eight-line verses accompanied the publication in the magazines: they have not been collected or given a title. The first line is “He that died o’ Wednesday” (see Shakespeare’s King Henry IV, Part I, Act V, Scene I and ORG Verse No. 1,008).

In 1962 the Editor of the Kipling Journal, Roger Lancelyn Green, followed Kipling’s journey of 48 years earlier, though by air instead of Nile steamer. See KJ 142/2, and 143/5. 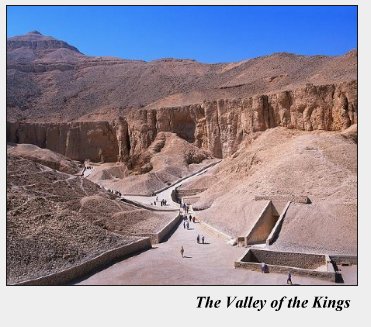 Heading for the Valley of the Kings in the Nile Valley, Kipling imagines that an ancient Egyptian would share the relish of the tourists in the modern comforts they enjoy, and in the sights of ancient wealth and civilisation all around them. He talks to ‘diggers’, whose companies are making a good business out of digging up the relics of that wealth

In the Valley of the Kings, where time has stood still for thousands of years, he visits the tomb of a nobleman. The many everyday articles from his daily life suggest a careful, busy man, delighting in his possessions. Deeper into the tomb, Kipling is puzzled by the formal friezes of beast-headed gods, but realises that the rich beneficent two-dimensional world of the Nile Valley favours formality in religion. After all, he ponders, ‘All sensible men are of the same religion’. [A thought he had expressed twenty years before in the Preface to Life’s Handicap: ‘… when a man has come to the turnstiles of Night all the creeds in the world seem to him wonderfully alike and colourless.’]

When he sees the greater naturalism of the time of Akhenaten, whose reforms were unsuccessful, Kipling reflects that formality and convention in religious matters, distancing Man from the Gods, have their advantages. He descends into other tombs, oppressed—like his companions—by the weight of rock above, and the strange dimly understood sacred art which covers the walls of these deep chambers.

[Page 253, line 18] Son of Hustle ‘Hustle’, the tendency to attack tasks in an urgent, showy, aggressive style, brushing opposition aside, was and perhaps is, more highly valued in America than in Britain. Kipling was well familiar with hustle, having lived in the United States for four years in the 1890s. He was not greatly impressed by it.

[Page 253, line 21] in collar Roger Ayers writes: ‘I think Kipling was thinking in terms of a working horse . My elderly Cassell’s Dictionary refers to a collar-harness and hard, uphill work for both beast and man as being ‘collar-work’. This suggests that Kipling was using the term ‘in collar’ as we might still say ‘in harness’; that is, at work.’

[Page 254, line 11] amethyst necklaces, lapis-lazuli scarabs Jewellery was often placed in the tombs of the Pharaohs and their nobles. These are semi-precious stones; amethyst is a form of quartz, violet in colour. Lapis lazuli is a silicate, prized for its intense blue colour. Scarabs (right) are jewels or decorative objects in the shape of a beetle, believed to ward off evil.

[Page 254, line 13] grub-stake a stake in a business entitling one to a share in the profits.

[Page 254, line 24] myself I’d sooner not lay hands on a dead man’s kit This recalls Harvey in Captains Courageous (1896) Chapter VIII, out at sea on the Grand Banks, and buying the knife of a seaman who has been lost overboard. Later, fishing with Dan, the body of the dead man is caught on Harvey’s line. Fearing he has come for his knife, the boys throw it overboard.

[Page 255, line 29] borrow-pits pits from which earth hasa been taken.

[Page 256, lines 13-14] their dream … is to discover a virgin tomb Nine years later, in 1922, in the Valley of the Kings, the English Egyptologist Howard Carter found the previously unopened tomb of Tutankhamun, with its treasures intact..

[Page 257, line 1] Melchizedek A king and priest who—in the Biblical account—brought bread and wine to Abraham, the father of the Jewish people, and blessed him in the name of God. (See Genesis 14,18-20). He lived some 3,800 years ago.

[Page 257, line 8] Mr. Samuel Pepys Samual Pepys (1633-1703) pronounced ‘Peeps’, was the distinguished and highly competent ‘Secretary of the Office of the Lord High Admiral of England’. He initiated a major reform of the Royal Navy, with extremely beneficial results. He was an active humorous many-sided man, who appreciated the vagaries of human nature and the delights of family life, as his celebrated diary attests. 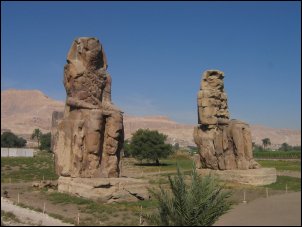 [Page 258, line 12] Colossi Two huge stone statues of Pharaoh Amenhotep III. For the past 3400 years they have stood in the Theban City of the Dead, across the River Nile from Luxor.

[Page 258, line 23] ipso facto Latin for ‘by the fact itself’. A conclusion that is self-evident.

[Page 258, line 33] the Sphinx The massive statue of a lion with a human face, which stands near the Pyramids, and has puzzled and intrigued visitors for centuries.

[Page 259, line 2] ‘all sensible men are of the same religion …’ Andrew Lycett (p. 581) points out that this is: ‘a crib from the seventeenth-century Earl of Shaftesbury refracted through Disraeli’s Endymion.

[Page 259, line 17] Ahkenaton More usually Akhenaten or Ikhenaton. A Pharaoh who introduced religious reforms, which led to conflict and instability. He also encouraged greater naturalism in painting and sculpture. His reforms were rejected by his successors.

[Page 260, line 16] Valley of the Kings in the foothills near Luxor, where Pharaohs and noblemen were buried. 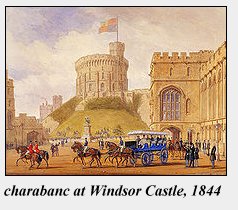 [Page 260, line 21] char-a-bancs Horse-drawn or motor vehicles for carrying a number of people, in this case almost certainly horse-drawn. They originated in France in the early 19th Century, hence the name, which comes from the French char à bancs (carriage with benches). The term continued to be used for early motor coaches in Britain in the twenties and thirties.

[Page 260, line 26] mining adits horizontal workings driven from the surface to strike a seam of coal or other mineral. This is a very ancient method of mining and was practised in hilly country where the seams were cut by valleys. 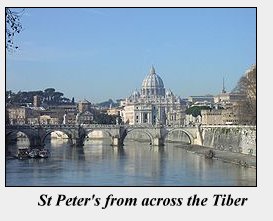 [Page 261, line 31] St. Peter’s the great basilica in Rome, the mother church of the Roman Catholic faith, where the Pope blesses the people on Easter Sunday. It was completed in 1603. The tomb of St. Peter, one of the twelve Apostles of Jesus, martyred by the Emperor Nero in AD 67, is believed to lie below. There has been a Christian church on the site since the 4th century.

[Page 262, line 6] most terrible line in Macbeth Act V, scene 5 of the play by Shakespeare.

[Page 262, line 28] The Torment the unquenchable fires of Hell, in which—in ancient Christian belief—sinners are immersed for all time.