[Page 62, Heading] Collected in Inclusive Verse, p. 498 with ‘Bund’ for ‘dam’ in line 4, and similarly in Definitive Verse p. 506. The first six lines list the various hazards to be found when riding over rough ground and show the leading riders warning those following that there is danger ahead.
Pull to the off means to steer to the right. See KJ 122, p. 10.

earth-rat perhaps a mole (familty Talpidae) the small black burrowing creature whose excavations are dangerous for horses and riders. [suggestions from readers will be appreciated; Ed.]

For similar advice on the hazards of pig-sticking, see Early Verse (Ed. Rutherford) pp. 248-9. This story is based on an incident in Daniel Deronda by George Eliot (1876).
Philip Holberton comments: In the article referenced above (KJ 122 p.10) A.E. Purefoy points out that this verse doesn’t head a riding story; it comes at the start of ” Cupid’s Arrows,” where almost the only reference to horses is that they used to shy when Barr-Saggott smiled.
So it’s just the author’s tactful way of saying: Watch your step when dealing with a woman. [P.H.]

[Page 62, line 7] Commissioner a senior official of the Government of India in charge of a Division, a group of Districts.

[Page 62, line 11] Member of Council The Council advised the Viceroy on the goverment of India. See “Tods’ Amendment” later in this volume.

Lieutenant-Governor an officer of state, whose precise role and rank varied by jurisdiction, but was a Governor’s second-in-command.

[Page 62, line 12] Viceroy The representative of the Sovereign in India and the head of Government, responsible to the India Office and Cabinet in London for the governance of British India. and advised by the Council.

[Page 63, line 3] carve on a pipe-head grotesque faces were often carved or moulded on clay and other tobacco-pipes. 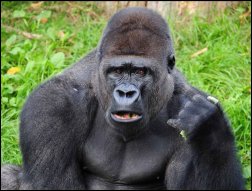 gorilla (genus Gorilla) the largest extant genus of primates that inhabit the forests of central Africa.

See “Bertran and Bimi” in Life’s Handicap for the macabre story of another great ape.

[Page 63, line 27] croquet another game played on a lawn – knocking wooden balls through hoops with mallets.

[Page 63, line 29] archery the sport of shooting arrows with the bow; revived by the foundation of the Grand National Society at York in 1844.

56–pound bows David Rogers explains that the weight in pounds in reference to the strength of a bow is called the draw weight, i.e. the pressure needed to be applied by the archer in order to bring the bow to full draw. A 56 pound bows would have been more suited to use by men; a lady would usually use a bow with a draw weight of 24 to 32 pounds.”

Backed A ‘backed’ bow was laminated for strength, made from two or more woods such as lemonwood, maple or hickory.

self-yew was a bow made from one piece of yew wood, as were the bows used in battle by mediaeval archers. The backed bow was cheaper to make than a yew self-bow, and easier to draw [D.R.]

[Page 64, line 1] rallies in this context a series of strokes following a service, when the ball is struck several times by each player.

volleys return strokes before the ball touches the ground.

[Page 64, line 2] returns balls hit back to the serve (initial stroke) of an opponent.

16-ounce rackets (usually ‘racquets’) the characteristic stringed ‘bat’ then used in tennis, made from wood, strung with cat-gut,and and weighing 16 ounces (1 lb or 450 grams). Modern racquets, made of synthetic materials, are much lighter, weighing between 250 and 350 grams. 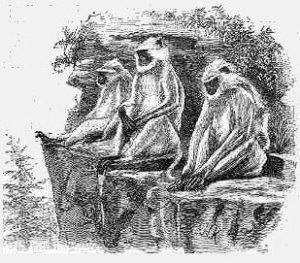 [Page 64, line 20] Dragoon at one time mounted troops who fought on foot but developed into pure cavalry by the end of the 18th. Century. The Dragoons were the ‘heavies’ as opposed to the Hussars and Lancers who were light cavalry.

[Page 64, line 21] Umballa (now Ambala.) city in Ambala district, state of Haryana, India on the border of Haryana and Punjab, with an Indian Army and Air Force presence. It is the scene of important events in Kim.

[Page 64, line 33] take precedence Anglo-Inidian society was very conscious of gradations of rank and class. If married to a man senior to her father a lady would go into dinner ahead of her mother.
See a current Table of Precedence, an interesting survival from the past.

[Page 65, line 18] Toxophilite Toxophily (from the Greek) means archery, thus a toxophilite (one who loves the bow) is a skilled archer. Archery was a fashionable sport for young ladies in Kipling’s day, in contrast to its murderously effective use in war in the Middle Ages before the days of fire-arms. 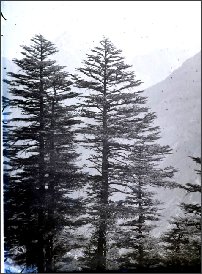 [Page 65, line 20] deodars tall and magnificent cedar trees, ccmmon in the foothills of the Himalayas, and valued for their timber. The first section of Wee Willie Winkie is entitled Under the Deodars.

[Page 65, line 26] Judgement of Paris in Greek mythology, Paris, the son of Priam and Hecuba, was asked to judge a beauty competition between Hera, Athena and Aphrodite. He chose Aphrodite and gave her the golden Apple of Discord as a prize.

[Page 66, line 23] shy in this context the sudden reaction of a nervous horse to an unexpected noise or movement – here quite apt but rather an exaggeration.

[Page 67, line 8] water-grass any of various grasses or grasslike plants that thrive in wet places: also a dialect expression for cress (Nasturtium officinale) found in Europe and Asia, used in salads.

[Page 67, line 19] pricked off in this context marking the score by perforating the paper with a sharp instrument; used in early times before the invention of the pencil.

[Page 67, line 25] snubby A word of several meanings. here referring to the possession of an an unbeautiful turned-up nose.