One of the suite of ‘Service Songs’ which close The Five Nations. Possibly written specifically for The Five Nations but see Background note for “M.I.” Collected in I.V. 1919, D.V. 1940, the Sussex Edition vol. 33 and the Burwash Edition, vol. 26. In both of these the sub-title, placed in parentheses, is altered to ‘English Irregular, Discharged’

In its dramatic presentation of the maturing effect on a working man of having fought in South Africa, “Chant-Pagan” offers a contrast with “The Reformers”, collected with it in The Five Nations. There Kipling is concerned with members of the officer class, who having been grown up by war, as he argues, will be fitted to assume great social responsibilities on their return. The voice of “Chant-Pagan” is that of an ordinary soldier, a working man whose world has been so enlarged, both by the fighting and by the African landscape, that he will never be able to accept diminished responsibilities and status, the life allotted to him in Britain.

This represents a viewpoint which is strongly at odds with those found in a number of other poems from The Five Nations. When Kipling writes in “The Islanders”, of the life of the leisured classes in England as ‘the lordliest life on earth’ it appears to be said in praise; “Chant-Pagan”, however, views that system of privilege from below and is moved to reject it.

The tone of outrage also stands in contrast with the pious optimism of “The Settler”. “Chant-Pagan” represents a more realistic basis for a possible future, a more modest reconciliation.

(by Mary Hamer drawing on various sources, in particular
Ralph Durand, “A Handbook to the Poetry of Rudyard Kipling” 1914.)

[Title] Chant-Pagan This hybrid term is oxymoronic (self-contradictory) and one that Kipling has coined himself, not satisfactorily explained by arguing that Latin paganus came to mean an irregular soldier as distinct from miles, one fully enrolled. ‘Chant’ is a term associated with religious ritual, while the dictionary gives one meaning of ‘pagan’ as ‘one not enrolled in the values of their society’. That would identify the poem entitled “Chant-Pagan” as the credo of an outsider. The wandering, resourceful movements of its very original form and rhyme-scheme embody a gradual development towards conviction and choice.

[Subscript] English irregular an English soldier not belonging to a regular or established army unit, but to one employing the special tactics found necessary in the Anglo-Boer War.

[Stanza 3] Ma’ollisberg Magaliesberg mountains, west of Pretoria, a hiding-place from which General de la Rey used to launch surprise attacks on the British. 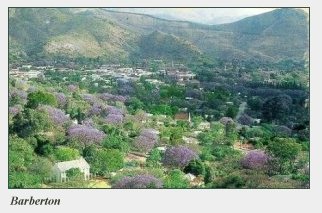 [[Stanza 4] Barberton a town in the eastern Transvaal, captured in September 1900 by General John French, when he surprised the Boers by arriving two days before they believed it was possible. In order to cross the mountains which enclose Barberton, French managed to get his artillery up a steep goat path; he had each gun dragged by sixteen horses instead of the usual six.

Di’mond ‘Ill the name of an indecisive battle of June 11 and 12 1900 in which a total of twenty thousand men were engaged. It did avert an attempt by the Boer General Botha to recapture Pretoria which had fallen to the British less than a week earlier.

Pieters Pieters Hill in Northern Natal was captured 27 February 1900. It was the last obstacle to the relief of Ladysmith. The Queen’s Lancashire Regiment celebrate the anniversary to this day.

Springs village east of Johannesburg, where General Dartnell had an engagement with the Boers on the first day of French’s organised ‘drive’ across the Eastern Transvaal in 1901.

Belfast the name of a small town east of Pretoria. In the action of 26th and 27th August Lord Roberts defeated General Botha.

Dundee the first action of the Anglo-Boer War in Natal was fought here on 20th October 1899: the Boer army surprised a small British force and compelled it to retreat towards Ladysmith

Vereeniging the Articles of Peace were signed here, in this town famous for its coal, on 31 May 1902.

five bloomin’ bars on my chest in military usage, a bar is a small slip of silver fixed transversely below the clasp of a medal as an additional sign of distinction. With the Queen’s medal for the Anglo-Boer War, to mark his participation in the engagements detailed above, the speaker would have the following bars: Talana for Dundee; Tugela Heights for Pieter’s Hill; Relief of Ladysmith for the series of actions culminating in Pieter’s Hill, Diamond Hill and Belfast.

‘ands up act like surrendering Boers, who were known as ‘hands-uppers’.

[Stanza 5] The place where the lightnin’s are made sudden and very violent thunderstorms are a feature of the South African climate.

Brandwater Basin a valley in the Drakensberg Mountains, where over four thousand Boers were surrounded and captured on July 15 1900.

[Stanza 6] I will arise and get ‘ence a satirical take on ‘I will arise and go now’ the opening line of “The Lake Isle of Innisfree”, a poem of lyrical retreat from urban life which was published in 1893 by Kipling’s exact contemporary, W.B. Yeats.

trek Afrikaans, strictly meaning ‘draw!’, once the starting order to the oxen that drew the Boer wagons, and hence ‘travel’, usually a long distance and slowly. The ‘Great Trek’ in the 1830s and 40s was the journey of an estimated 12,000 Boer Voortrekkers (‘those who trek ahead’) to the future Natal, Orange Free State and Transvaal regions to be free from British rule.

some graves by a barb wire fence Under Kitchener late in 1900 lines of garrisoned blockhouses, usually about 1,000 yards apart and connected by fences of barbed wire, were built across the veldt. The aim was to fence in the Boers by constructing an obstacle against which pursuing British columns could trap them. These fences often included cocked guns with trip-wires aimed along the fence.

Where there’s neither a road nor a tree refers to the open featureless veldt.