It was reprinted in The Rt Honourable Cecil Rhodes, a monograph and reminiscence, Sir Thomas E. Fuller, 1910. 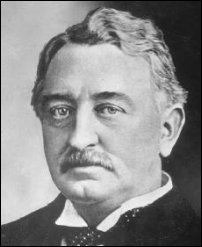 During his own lifetime, such was the part he had played in opening up the southern parts of Africa to development, and in extending British dominions there, Cecil Rhodes saw his name given to an entire country, Rhodesia. He dreaded lest that choice of name should not endure. Rhodes’s early death from heart failure took place on March 26 1902 out at his beach cottage in Muizenberg. At the time, Kipling and his family were visiting South Africa and living in The Woolsack, a house on the Rhodes estate, one which had been specially refurbished for their use. A brilliant and unscrupulous financier and developer, Rhodes was also a man driven to create an effect of irresistible charisma; Kipling and Carrie his wife had fallen completely under his spell.

Kipling regularly visited the sick man during his last illness. He took part in the funeral procession through Cape Town but decided against making the journey out to the final resting-place in what are now known as the Matobo hills south of Bulawayo. It is possible that he feared that he might break down if called on to read his elegy at the graveside, or was he perhaps avoiding the finality of interment, in order to keep moving on himself? It might have seemed too much like a step backwards, back towards the death of his child.

It is said that the cortege took close to a fortnight to reach its destination, as it was obliged to halt to receive military salutes from British troops stationed in the block-houses which had been set every few miles. This poem was read at the graveside. See Letters.

Kipling had developed an intense personal attachment to Rhodes, who had gone out of his way to woo him. Yet it was later reported that Rhodes had been disappointed in Kipling in part because he had not been as useful to him in promoting South Africa as Rhodes had hoped.

Emphasis was added for book publication; the final mark of exclamation was new, also the increased adoption of upper case initials.

[Stanza 1] whom the mere Fates ordain  Kipling dismisses the concept as a way of avoiding responsibility, just as he did in “The Wage-Slaves” which he set to stand ahead of this poem in The Five Nations. ‘Power’ is a term he will sometimes make use of to name a sense of inner life in others, one that he picks up intuitively. In the case of Rhodes, Kipling links this inner life with a wider economy, seeing him as the representative of an order in the world that is unseen.

Daniel Hadas notes:‘this refers to the “great Kings … or emperors” of the first two lines: their greatness is ordained by mere fate, since they acquire their power by birth rather than by their own accomplishments. So they are “creatures of a day” (Pindar, Pythian 8, 95) and the mourning for them is ephemeral. “this power” is then Rhodes himself.’ {D.H.]

[Stanza 2] Dreamer devout as he himself reported to Queen Victoria, Rhodes extended British dominions in Africa from southern Bechuanaland to the shores of Lake Tanganyika and succeeded in retaining Uganda for the Empire. Kipling admired the vision which lay behind this drive to territorial acquisition as something almost sacred, so clear was he that the best thing for Africa and its peoples would be full economic development under the rule of white men. It is not clear that Rhodes and his ambitions were worthy of this endorsement. (See Apollon Davidson, Cecil Rhodes in his Time, 1984.)

The travail of his spirit . . . speech Rhodes was notoriously inarticulate, with a high squeaky voice. On social occasions he would frequently turn to Kipling, asking him to put his thought into words.

So brief Rhodes, who was born in 1853, did not live to reach fifty. His last words were said to be ‘So little done, so much to do.’

Nations not words he linked it was the ambition of Rhodes to drive a railway through from the Cape to Cairo.

[Stanza 3] As when the Death he dared Admirers of Rhodes spoke highly of his courage. They kept alive the story that during the ‘Second Matabele War’ Rhodes took up his camp between the British forces and the Ndebele and stayed there unguarded for six weeks, in order to win the trust of the Ndebele and to negotiate peace with them. He took pleasure in staking all on the power of his personality in this way. It is also the case that in 1893 his British South Africa Company destroyed the kingdom of the Ndebele under Lobengula, in order to obtain control of the gold fields near Bulawayo.