Published in the Morning Post (London), December 9th 1927, and in Liberty (New York) on March 3rd 1928. Collected in Brazilian Sketches, Doubleday Doran, New York, 1940, in the Sussex Edition Vol. xxi, and in an edition by P E Waters and Associates in 1989.

Kipling’s next visit was to one of the world’s leading poisonous animal research laboratories and serum producers. Within the University City (Avenida Vital Brasil 1500) is the Butantã Institute, world-famed for its studies of poisonous snakes. It stands in a large park, with leisure and recreation facilities and vivaria for cobras, lizards, scorpions and spiders. The scientists and technicians of the Institute are specialists in vaccines and sera. Altogether 24 kinds of medicaments are made here, with the main emphasis on sera against snake-bites.

Poison of Asps ‘Asp’ is the modern Anglicisation of the word aspis, which in antiquity referred to any one of several venomous snake species found in the Nile region. It is believed that the aspis referred to in Egyptian mythology is the modern Egyptian cobra. [Wikipedia] In Shakespear’s “Antony and Cleopatra” Cleopatra commits suicide through the bite of an asp. 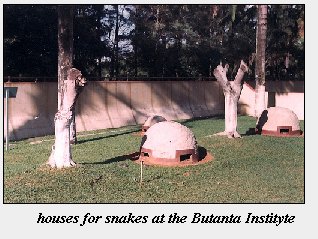 A kraal is a native village, often of small round huts. The littlr houses for the snakes reminded Kipling of kraals he had seen.

The Expulsion By Christian tradition, Adam, the first man, and Eve, the first woman, were expelled by God from the Garden of Eden for eating the apple which gave them knowledge of Good and Evil. They had been tempted to do so by the serpent. (See Genesis 3,14-24).

karait (or krait) A small highly poisonous snake, known to Kipling and common in India. See “The Return of Imray” in Life’s Handicap, and “Rikki-Tikki-Tavi” in The Jungle Book (p. 177 l. 3):

…just as Teddy was stooping, something flinched a little in the dust, and a tiny voice said: ‘Be careful. I am death!’ It was Karait, the dusty brown snakeling that lies for choice on the dusty earth; and his bite is as dangerous as the cobra’s. But he is so small that nobody thinks of him, and so he does the more harm to people.

Architect of its (the) Universe Kipling was a Freemason, and is here using the Masonic phrase for God. 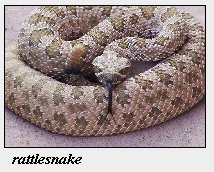 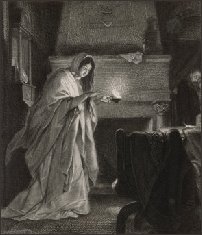 Lady Macbeth The wife of Shakespeare’s Macbeth, who murders the King of Scotland when her husband’s courage fails.

Later, racked with guilt, she walks in her sleep, desperately trying to wash the blood off her hands.

Lilith In Jewish Rabbinical literature she was the first wife of Adam, who was displaced by Eve. 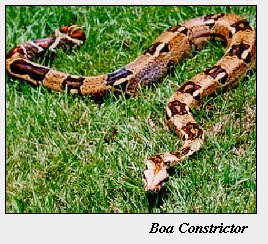 boa the large Brazilian serpent, which crushes its prey and swallows it whole, as does the python of the tropical parts of the Eastern hemisphere.

The Boa Constrictor can be as large as 13 feet (4 metres) long. 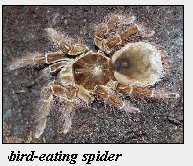 It has come to be the common name of other large noxious spiders, especially the big bird-eating spiders of the Americas.