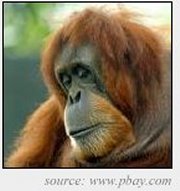 [Page 300, line 2[ sheep-pen live animals were often carried in ships in the days before refrigeration.

[Page 300, line 3[ Hans Breitmann He is the creation of Charles Godfrey Leland (1824-1903) the American humorous writer, who was known to Kipling during his time in India, and was later a fellow-member with Kipling of the Saville Club in London.

Kipling uses quotations from his Hans Breitmann’s Ballads as chapter-headings, and wrote at least two parodies. “Hans Breitmann as an Administrator” appeared in the Pioneer (15 Sept 1888), and later in the Pioneer Mail and the Civil and Military Gazette. The text is printed in ORG Verse, Volume 1, p. 5221). “How Breitmann Became President on the Bicycle Ticket” appeared in the New York World (26 April 1896), and is to be found in ORG Verse Volume 1, p. 5360

Breitmann also appears in a chapter-heading to From Sea to Sea XXII, in “With the Main Guard” in Soldiers Three, in “A Return to the East” (Letters of Travel) and “The Incarnation of Krishna Mulvaney” earlier in this volume.

[Page 300, line 4[ big-beamed beam in this context is the width of a ship and is here used to indicate that he is a man of ample size. Today’s usage is ‘broad in the beam’.

[Page 300, line 5[ fore-peak a compartment in the bow of a vessel – Kipling means forecastle (pronounced foc’s’le) where they would catch some breeze.

[Page 300, line 12[ Lascar from the Persian Lashkar – an army, a camp and other meanings including ‘sailor’ which is intended here – See Hobson-Jobson, p. 507. and “The Limitations of Pambé Serang” later in this volume.

[Page 300, line 16[ too much Ego in your Cosmos Ego is the Latin for “I”, used in philosophy and psychiatry to signify the self-aware subject. Cosmos means the Universe as a whole, or a universal system of ideas. Thus Kipling’s expression means ‘there is too much awareness of yourself in your system of ideas’. He uses it again in The Light that Failed (Chapter 5, p. 61).

[Page 301, line 15[ the hourly call from the bridge This would normally have been a half-hourly call. When the bell was struck every half-hour, the look-out would hail the bridge, where the officer of the watch was on duty, with Ham dekhta hai (‘I am looking out’) as described in “The Bridge-Builders” (The Day’s Work, p.8.)

[Page 301, line 17[ ash-lift a large bucket containing ash and clinker from the boiler furnaces was hauled up a ventilator and emptied over the side. A noisy process.

[Page 303, line 5[ St. Francis of Assizi (Assisi) (1182-1226) founder of the Franciscan order. His love of animals and birds which, legend has it, led him to preach to them, may well have inspired Kipling’s verses “Eddi’s Service.”

[Page 303, line 6] dransmigration he means transmigration – the passing of the soul into another human or animal body.