“Browning” (after he has been extemporising on an instrument not of his own invention). Robert Browning (1812-1889) English poet and playwright, a master of verse and dramatic monologues. 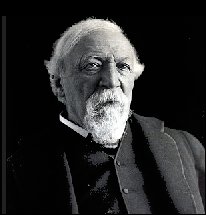 Kipling encountered him as a schoolboy and loved his work ever after. He was probably the greatest single influence on Kipling’s verse, where one can find numerous echoes of Browning. See Kipling’s “One Viceroy Resigns”. for a monologue in his manner. Also “Slaves of the Lamp, Part I” in Stalky & Co..

Would that the structure brave, the manifold music I build,
Bidding my organ obey, calling its keys to their work,
Claiming each slave of the sound, at a touch, as when Solomon willed
Armies of angels that soar, legions of demons that lurk…

The Poet tells how an inexperienced driver went ahead instead of – as he thought – reversing and sits in the wreckage while police investigate the crash.
Ann Weygandt (p. 109) comments:

His parody of “Abt Vogler”
in The Muse among the Motors is negligible. “Mulholland’s Contract”, “M’Andrew’s Hymn” and “The ‘Mary Gloster’ “, are worthier tributes to Kipling’s apprenticeship
to Browning. They do not imitate Browning’s style, but
their method is his—the revealing of character in monologue,
and they are, especially the last two, really powerful pieces
of work, of a kind impossible to the unformed artist who
reproduces closely the mannerisms of his predecessors. 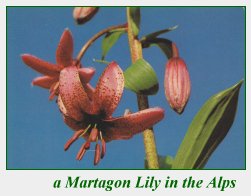 martagon plant genus of the Liliaceae (Lily family) not native to the United Kingdom.

bonnet in this context the cover of the engine-compartment, known as the hood in the United States.